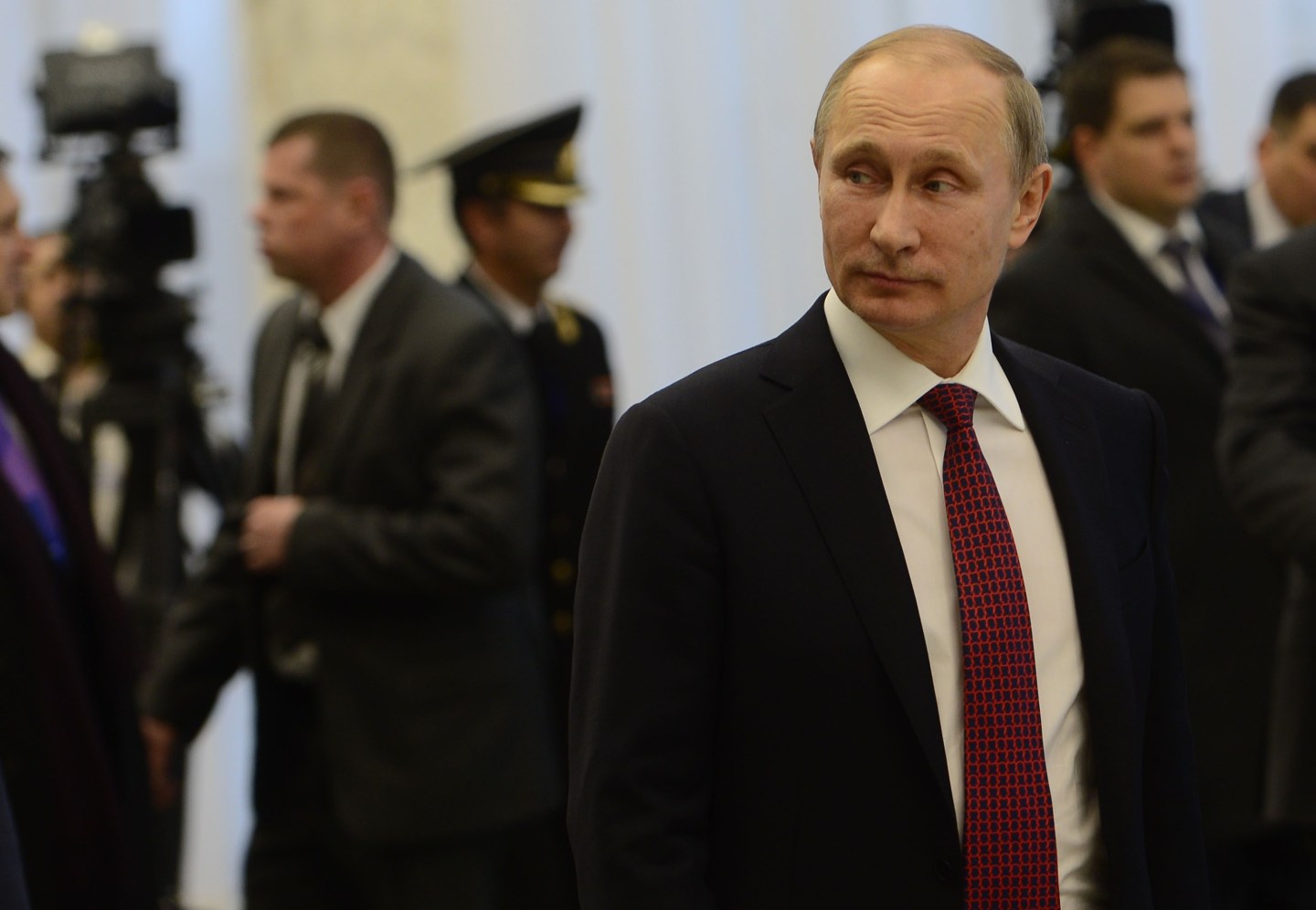 European stocks leapt and both the euro and ruble rose against the dollar Thursday after the announcement of a ceasefire in Ukraine from midnight on Saturday.

The declaration by the presidents of Ukraine, Russia and France, along with German Chancellor Angela Merkel, puts an end, in the near term at least, to fighting in two disputed provinces of eastern Ukraine after a dramatic escalation of violence since the end of January, in which rebel forces backed (according to Ukraine and the West) by Russia had made big battlefield gains at the expense of government forces.

However, the terms of an accompanying protocol make it clear that the full restoration of peace, law and order in the region will be a near-impossible undertaking. Among other things, they require Ukraine to amend its constitution by the end of 2015 in agreement with the leaders of the rebel regions, giving them an effective veto over the rest of the country’s lawmakers.

Within an hour of the declaration, Ukraine’s President Petro Poroshenko tweeted that “Ukraine will always be a unitary state. No federalisation whatsoever!” That directly contradicted assurances on federalization voiced by Russia’s Vladimir Putin in a statement earlier.

Alexey Venediktov, editor-in-chief of the liberal Russian radio station Ekho Moskvy, called the agreement a basis for a “frozen conflict” along the lines of Transnistria, a region of Moldova where pro-Russian rebels have run their own fiefdom with support from Moscow since 1991.

Markets, however, were in a mood to accept a bad peace rather than a continuation of war. The euro rose as far as $1.1355 against the dollar, its highest level this week, while Germany’s benchmark stock index rose 1.5% and France’s rose 0.9% on the expectation that a fresh round of damaging economic sanctions can be avoided.

There was evident relief in Russian markets too, with the RTS stock index rising 4.2%, although the ruble made only modest gains.

Ukraine’s own shattered economy also got some respite away from the way from the negotiating chamber Thursday. International Monetary Fund managing director Christine Lagarde said the the IMF would provide another $17.5 billion in aid to Ukraine, in a new program that will replace the country’s existing deal with the Fund. She said she expected funding from other institutions to bring the total financial support to $40 billion, although it wasn’t clear which other sources she was referring to.

“Of course, resolution of the conflict, so critical for people, would also strengthen and speed up prospects for macroeconomic stabilization and growth,” Lagarde said.

The key variable now is how the U.S. will react to the agreement. President Barack Obama had said he wanted to see how the latest round of diplomacy played out before taking a decision on whether to send arms to Ukraine to help it defend itself.