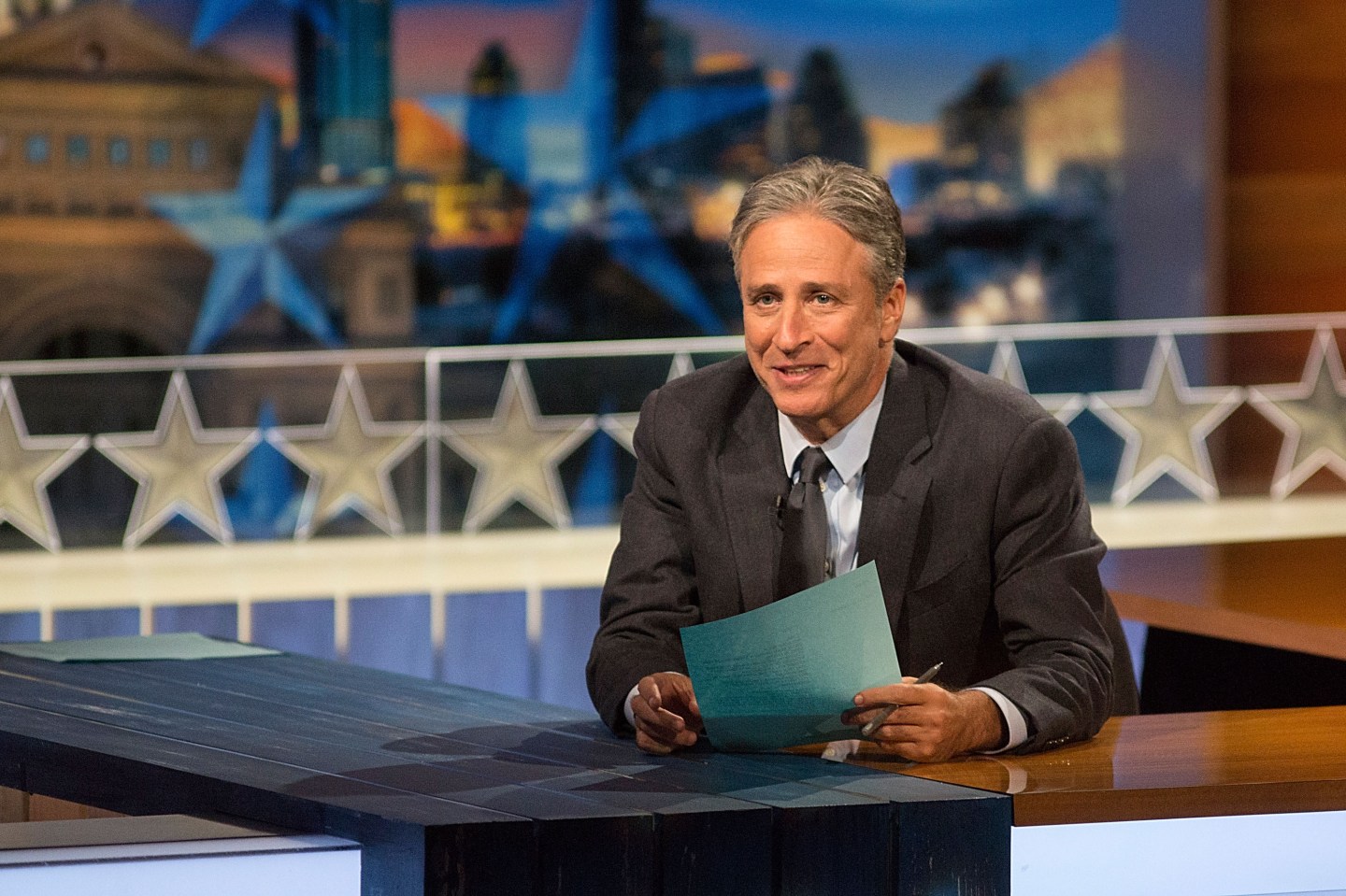 Shares of Viacom (VIAB), the media conglomerate that owns cable network Comedy Central, dipped on Wednesday following news that the company is preparing for the departure of yet another major comedy personality.

Stewart’s announcement Tuesday night that he is stepping down as host of The Daily Show sometime later this year sent Viacom’s stock down by nearly 1.5% Wednesday. That decline erased roughly $350 million from the company’s market value over the course of the day. The Financial Times first reported on the stock decline.

Stewart’s announcement comes less than two months after Colbert bid adieu to his own longstanding slot in Comedy Central’s late-night lineup. Colbert is set to take over for Dave Letterman as host of CBS’ Late Show later this year while Stewart has yet to confirm his post-Daily Show plans.

Nielsen data shows that Comedy Central’s prime-time ratings dipped 17% in the current television season. Viacom, which also owns such networks as Nickelodeon and MTV, blamed lower ratings overall for dips in advertising revenue that contributed to a 9% drop-off in profits during the company’s most recent fiscal quarter.

Stewart began his run as host of The Daily Show in 1999. He and Colbert, whose own show followed Stewart’s for nine years, paired to create a strong and steady source of ratings for Comedy Central for nearly a decade. With Stewart’s pending departure, the pressure is now own Comedy Central to find a suitable replacement in the hopes that ratings will not continue to drop. Former Daily Show correspondent John Oliver served in a successful stint as a guest host during a months-long hiatus for Stewart in 2013. However, Oliver left the show last year to host his own program on HBO.

UPDATE: This article has been updated to reflect market-closing numbers.