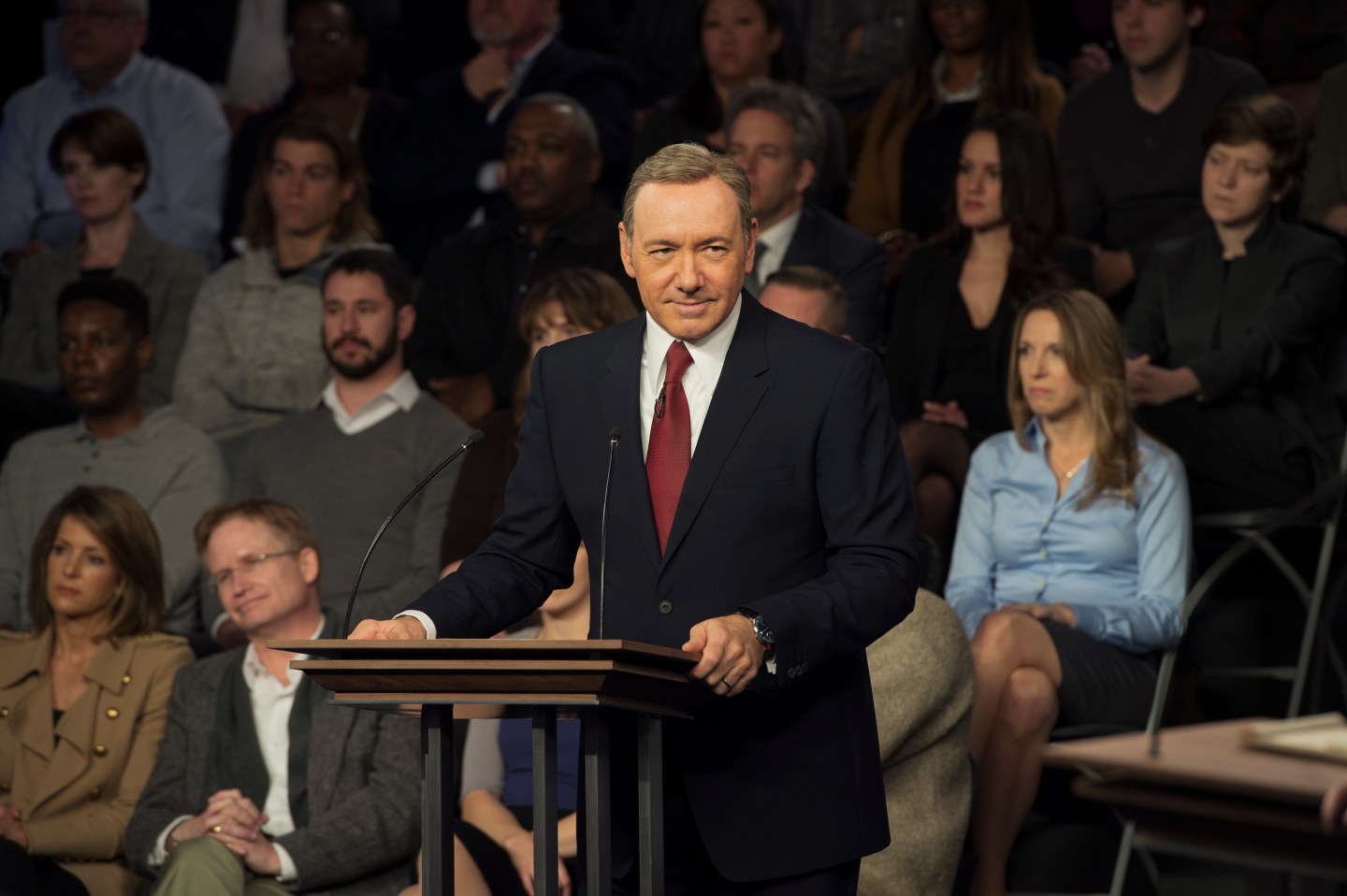 Season three of House of Cards made a surprise early debut on Netflix Wednesday, before disappearing again just as suddenly.

Netflix had announced that the political drama would premiere Feb. 27 on its site, but the first 10 episodes (of 13) appeared on the site Wednesday afternoon—over two weeks early.

At the end of season two, murderous politician Frank Underwood (Kevin Spacey) finally nabbed the presidency. Season three will explore how he and the new First Lady Claire (Robin Wright) fare as leaders of the free world. From the descriptions of the episodes, it looks like the Russian President will play a major role in this season’s plot line.

Netflix did not immediately respond to request for comment.