8 celebrities with lucrative ‘side businesses’ 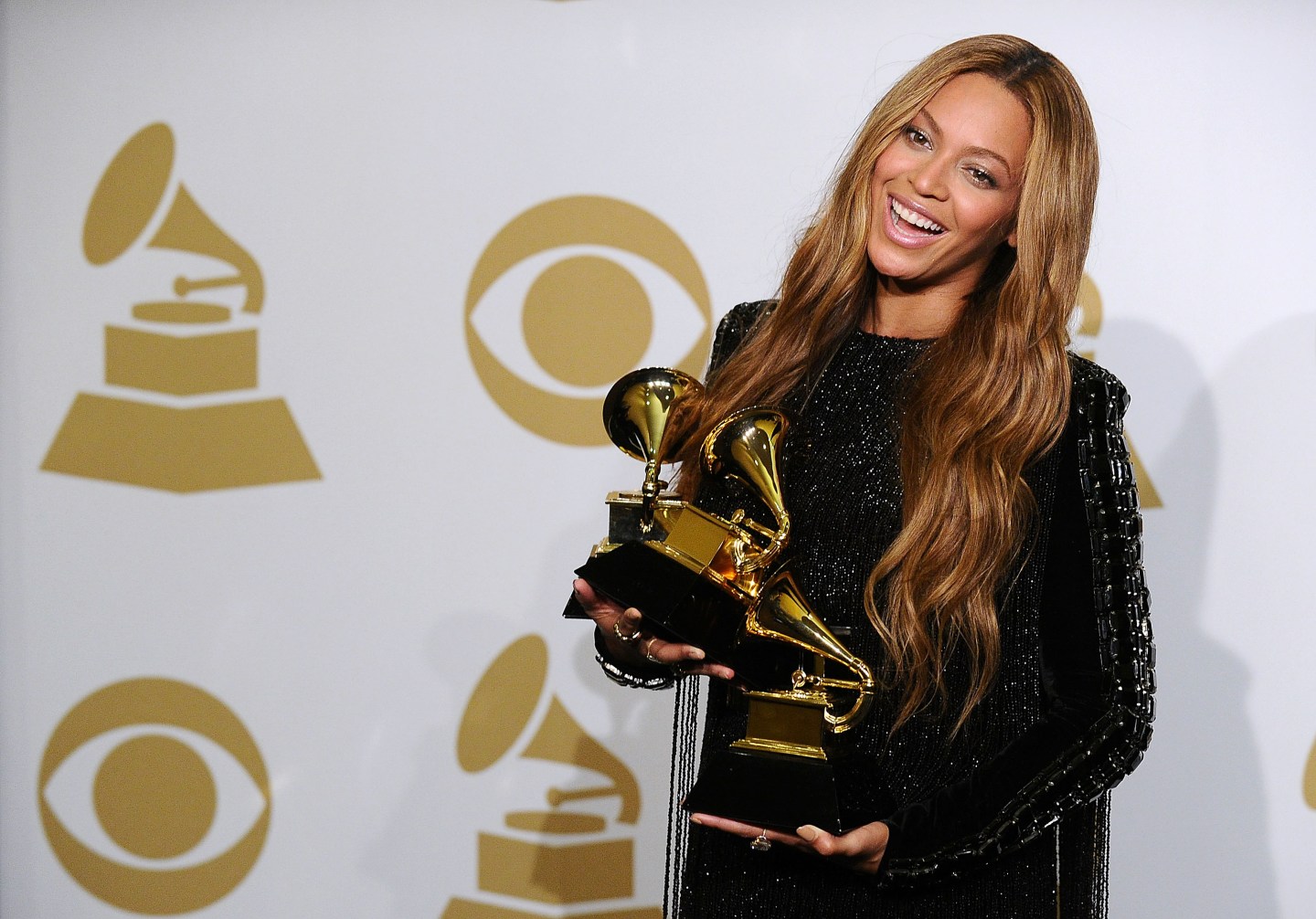 Pop music diva Beyoncé is about to add “vegan delivery service owner” to her long list of accomplishments. According to the New York Daily News, she has joined forces with her trainer Marco Borges to launch 22 Days Nutrition, a company that will bring three vegan meals a day to your doorstep. The price is $609.84 for 22 days, like the name says.

The singer is no stranger to the entrepreneurial spirit. In 2005, she co-founded the fashion line House of Deréon with her mother, and in October 2014, she partnered with the British fashion retailer TopShop to create Parkwood TopShop Athletic Ltd., a sports and activewear label.

She sure sounds busy, and with her marriage to Jay-Z, life her daughter Blue Ivy and her music career all going strong, you’d think it would be enough. But when the entrepreneurship bug bites you, it’s hard to ignore. FORTUNE presents a list of other female celebrity entrepreneurs who are each living testaments to that fact.

Jessica Alba with an early lineup of Honest Co. products, including its laundry detergent.

Jessica Alba has been a hot commodity ever since her debut on television’s “Dark Angel.” Further roles in such films as “Sin City” and on such shows as “The Office” proved that she has staying power.

Offscreen, she’s co-founder of The Honest Company, which sells non-toxic body care products, diapers and other household products. This is no vanity project. According to Inc., 2014 revenues were projected to hit $150 million; it scored $122 million in funding, including a $70 million round in August that valued the company at neary $1 billion.

ST PETERSBURG, FL - NOVEMBER 06: Tyra Banks, influential supermodel and super-businesswoman, gets ready to offer a sneak peek of her new beauty line, TYRA beauty, during 'The Beauty Report with Amy Morrison,' at HSN studios on November 6, 2014 in St. Petersburg, Florida. Tyra returns to HSN on November 7, 2014 for a two-hour primetime 'Makeup Fierce Up' beautytainment special, merging beauty and enterntainment. The collection is available via HSN TV, hsn.com and HSN Mobile. (Photo by Tim Boyles/Getty Images for HSN)

Former Victoria’s Secret model Tyra Banks got her start by striking a pose, but today she’s better known for her production company, Bankable Productions, of which she is also CEO.

It was behind her long-running television show “America’s Next Top Model” and her Daytime Emmy-winning talk show, “The Tyra Banks Show.” She also founded the Tyra cosmetics line which, according to its website, specializes in beauty, business and “badassery.” The New York Times estimated her net worth to be $75 million -- back in 2008.

In a long ago, storied time known as “the 1990s,” there was a musical group known as The Spice Girls – among them Sporty Spice, Baby Spice, Ginger Spice and Scary Spice. There was also Posh Spice, who in 2008 started an eponymous fashion line under her real name, Victoria Beckham.

She showed her flagship designs at New York Fashion Week and won raves from those in attendance. Since then she’s gone from strength to strength, and in October 2014, the U.K. business journal Management Today named her Britain’s top entrepreneur of the year and listed her wealth at $320 million.

Sarah Jessica Parker has been acting for decades. but she’s best known for her portrayal of columnist Carrie Bradshaw on the HBO series “Sex and the City.” After that show ended, Parker busied herself by developing her own fragrance, SJP NYC.
In January 2014, the actress partnered with Nordstrom to promote her new footwear line, SJP, by making personal appearances at stores across the U.S., thereby affording every armchair fashionista the opportunity of fulfilling the lifelong dream of shoe shopping with Carrie Bradshaw.

When Paris Hilton’s Fox reality series “The Simple Life” debuted in 2003, the hotel heiress’ partner in hijinks was one Nicole Richie, daughter of Lionel Richie and childhood best friend of the socialite. It’s probably safe to say that when the show ended, many people probably expected Richie’s time in the spotlight to end as well.

She proved the haters wrong in 2008 when she started her own jewelry line, House of Harlow 1960. Two years later it netted her the “Entrepreneur of the Year” honor at the British Glamour Women of the Year Awards. She also started a maternity line called Nicole, as well as a handbag collection and a fragrance.

Singer Jessica Simpson’s debut single, "I Wanna Love You Forever," peaked at number three on the Billboard Hot 100 when she was all of 19 years old. She must have already understood that fame is fleeting, because only a few years later she was already in business as an entrepreneur.

In 2004, she introduced Jessica Simpson Dessert, a “kissable line of perfume, lip gloss and other beauty products,” according to its product page. Next came The Jessica Simpson Collection, a women’s clothing line, in 2006. The line boasts retail earnings of $1 billion a year, according to Forbes.

No Doubt singer and solo artist Gwen Stefani has been a celebrity for 20 years, ever since her band’s third album, “Tragic Kingdom,” yielded such hits as “Just a Girl” and “Don’t Speak.” The band is still together and working on a new album, but Stefani has interests beyond music.

In 2004, her clothing line L.A.M.B. debuted, and in 2005, Entertainment Weekly reported that it had experienced 300 percent growth in its sales each year. That year she debuted a separate line called Harajuku Lovers.

Reese Witherspoon is best known for playing Elle Woods in the 2001 movie “Legally Blonde,” despite the fact that she took home a Best Actress Oscar for her portrayal of June Carter Cash in 2005’s “Walk the Line.” She also sits on the board of directors of the Children’s Defense Fund. Formidable.

When she’s not busy winning Academy Awards and working on behalf of child advocacy groups, she’s hard at work at her production company, Pacific Standard, which she co-founded with Australian movie producer Bruna Papandrea. Its first release was 2014’s critically acclaimed “Gone Girl.”