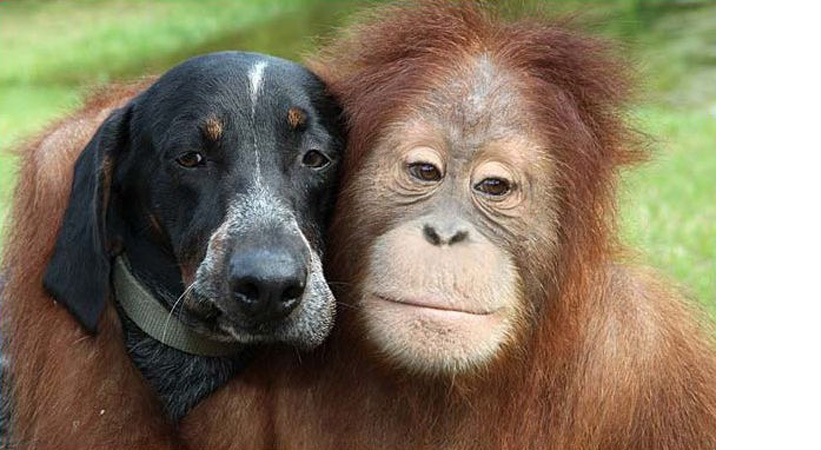 TV advertising that goes viral on YouTube — reinforcing a brand, for free, again and again — is the best kind.

By that measure, “Friends Furever” (embedded below) is a success. The compilation of strange animal BFFs — puppy and kitten, hippo and tortoise, lion and oryx, etc. — that debuted on TV last week drew more than 4 million page views in three days on YouTube.

But what’s it about?

Industry insiders will recognize that the tagline — “be together. not the same” — is a subtle dig at Apple’s monoculture ecosystem, where stuff just works as long as it’s all the same stuff.

But that message is going to go right over most viewers heads, says one advertising professional (name withheld on request).

I find this strategy guilty of something many clients suffer from,” he says. “Namely, they are talking to themselves. The public does not care. Everyone I know with an Android phone bought it because of the phone or price, not the OS.”

On the other hand, the sound track is a Disney/Roger Miller song about Robin Hood — the rebel hero who stole from the rich and gave to the poor — and there’s plenty of resentment out there, especially among Android owners, for latte-sipping, Prius-driving iPhone users.

Here’s what puzzles me. The ad was produced, according to Campaign Brief, by Droga5, Adweek’s 2014 Agency of the Year.

Droga5 does not come cheap. It has a staff of 320, an office on Wall Street and annual revenue of $78 million. The piece may have been assembled from footage gathered by the National Geographic Channel, but it’s hardly low-budget. Google footed the bill, but you’d never know that from the ad. They only brand viewers see is Android.

Why would Google CEO Larry Page be pouring money into brand ads for a mobile operating system? Google, after all, collects more revenue from those latte-sipping iOS users than from Android.

This is pure speculation, but my first thought was: Could Page be fattening Android up before he spins it off?