Why America should still care about #BringBackOurGirls 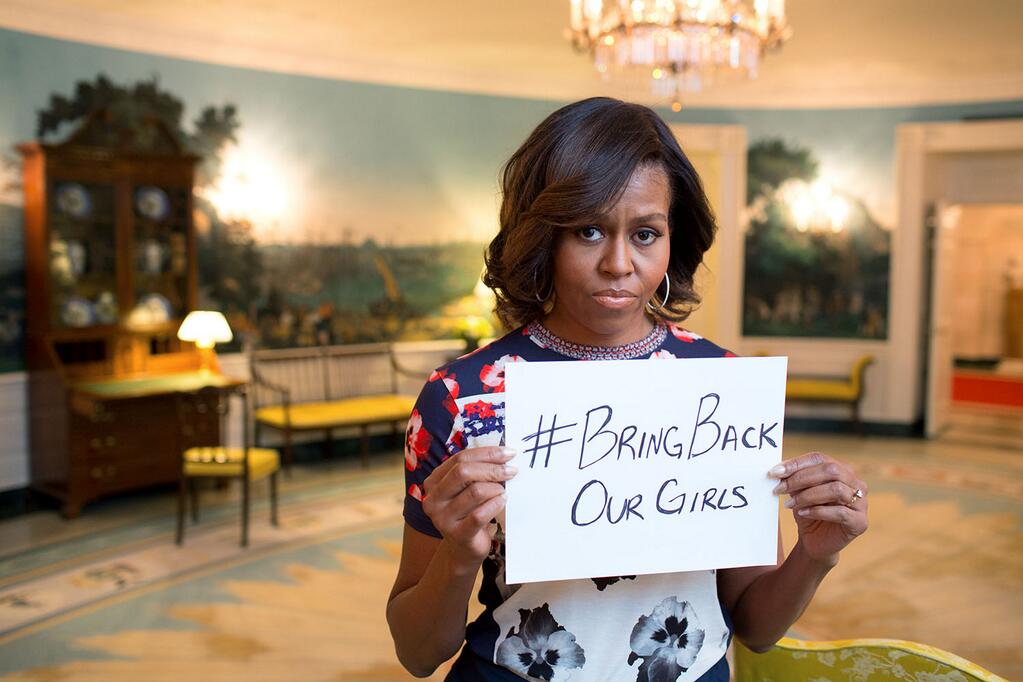 In these media-saturated times, too often it takes the faces of terrorist victims to wake up the world. Journalists beheaded and a pilot burned alive—on video. Famed cartoonists murdered in a Paris attack that unfolds in real time—on TV screens.

In the case of Boko Haram in northern Nigeria, the faces are those of school girls—wearing fanciful colors in their head scarves and dresses, carrying books and dreams of becoming doctors and teachers. When terrorists kidnapped more than 270 teenage girls from the Chibok secondary school on April 14, the world erupted in outrage.

Most horrific news out of Africa gets buried in the Western media. Not this one. Media coverage was front page, top of the news hour. Politicians and celebrities gave heft to a round-the-clock #bringbackourgirls campaign.

Since then? Most of the girls are still being held, still being sexually assaulted, even as our media attention span has moved on. This week I sat down with Jennifer Cooke, director of CSIS’ Africa program, for the latest episode of my “Smart Women, Smart Power” podcast to get an update. You can hear the full conversation by clicking here: http://bit.ly/1whesVt

What Cooke had to say was horrific. Among the girls who have escaped, some are pregnant as a result of rape. “There have been terrible abuses,” says Cooke, who just returned from Nigeria. “They have been raped and sexually abused. They are used as sexual servants.”

After the girls were taken, Boko Haram leader Abubakar Shekaku released a video threatening to sell the girls into marriage “as God instructed” since girls shouldn’t be in school anyways.

“Marriage,” of course, is the cynical euphemism these Islamic extremists use for rape. And while ISIS releases high-profile videos of its vicious beheadings, Boko Haram is circulating tapes of its own militant members sexually assaulting school girls, Cooke adds.

I should note Boko Haram’s brutality extends beyond girls. Hundreds of boys and young men have been abducted—and the circulating videos include beheadings of some of them.

Moreover, Boko Haram—a name that means Western-style education is forbidden—has grown from a small sect in the early 2000s to a military force that not only controls towns and villages throughout northeastern Nigeria, but also threatens a city as big as Maiduguri, a regional capital of two million people. Like ISIS, its leaders have proclaimed a desire to establish an Islamic caliphate-style state.

None of this is good news for Africa’s most populous country—and one that last year beat out South Africa as the continent’s largest economy.

The government of Nigerian president Goodluck Jonathan has been notoriously weak at combatting Boko Haram—a charge that his campaign opponent, a former military dictator, is effectively wielding in advance of the Feb. 14 election.

The upcoming elections—which Cooke will be monitoring—have put the plight of the Chibok school girls back in the news—at least in Nigeria. That’s a good thing—and the world should take the cue.

If you want to re-engage in their campaign, #BringBackOurGirls is organizing events to mark the one-year anniversary of the girls’ kidnapping. And if you want to watch for news about the elections, be sure to follow Jennifer Cooke on Twitter at @jengcooke.