How not to attract foreign investment, Mongolian-style 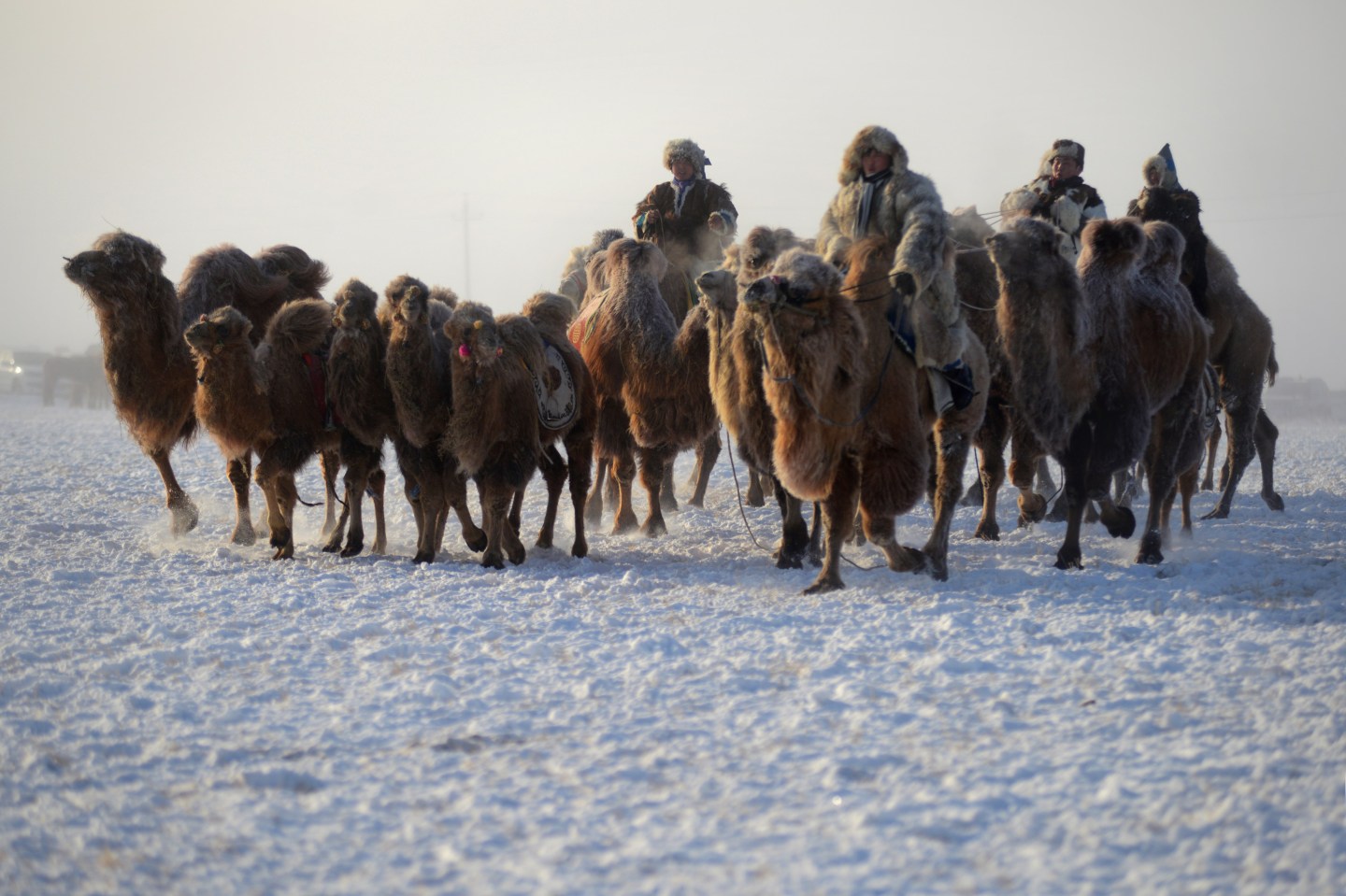 On Jan. 30, three men were sentenced to more than five years in prison for tax evasion in Ulan Bator, Mongolia’s capital. A tax case in a remote, landlocked nation’s capital might have gone unnoticed if not for the fact that the three men are foreigners: American Justin Kapla and Filipinos Hilarion Cajucom Jr. and Cristobal David.

Rather than symbolizing due process in an emerging democracy, the trial’s numerous irregularities have raised fears that a country struggling with a resource curse has further dulled its economic prospects. Despite Mongolia’s trove of minerals, the first 11 months of 2014 saw foreign direct investment plummet 71%, year on year.

“This case sends a message to foreign investors that if they want to do business here, they have to play by Mongolian rules,” says Munkhdul Badral Bontoi, a market analyst in Ulan Bator.

The three foreigners are former employees of a subsidiary of SouthGobi Resources, a Canadian mining outfit whose largest stakeholder is an arm of Rio Tinto Plc (RIO), the Anglo-Australian mining giant. (Rio Tinto runs Oyu Tolgoi, the massive copper-and-gold mine that single-handedly contributes around 45% of Mongolia’s total exports.)

SouthGobi, which was considering a majority-stake offer from a Chinese state-owned enterprise when its subsidiary’s offices were raided by Mongolian authorities in May 2012, was also fined around $18 million for evading taxes. The case dragged on for almost three years, with the expatriate trio barred from leaving the country, even though formal charges against them were not issued until just eight months ago.

The three foreigners are former employees of a subsidiary of SouthGobi Resources, a Canadian mining outfit whose largest stakeholder is an arm of Rio Tinto, the Anglo-Australian mining giant. (Rio Tinto runs Oyu Tolgoi, the massive copper-and-gold mine that single-handedly contributes

U.S. Ambassador Piper Campbell attended the trial, and the U.S. embassy in Ulan Bator criticized the lack of adequate interpretation for the foreign defendants. “Because of these problems, the defendants stated during the trial that they could not understand the interpretation, nor could they express themselves clearly,” read a statement. “Mr. Kapla’s case has lasted nearly three years and the repeated delays and exit ban have caused him enormous hardship.”

Jackson Cox, chairman of the American Chamber of Commerce in Ulan Bator, who also attended the trial, had other serious concerns. “I want to be talking about investment and stronger trade between Mongolia and the U.S., but this makes it very hard for any of us, whether it’s the government or the private sector,” he says.

Mongolia’s economy has traced a roller-coaster journey in recent years. In 2011, the resource-rich nation ranked as one of the fastest growing economies on earth. In the previous decade, Mongolia’s economy had expanded tenfold, a remarkable development for a country that peacefully traded Soviet satellite status for democracy in 1990.

But as resource nationalists claimed more political airspace, the welcome for foreign investment soured. Trading on fears that Mongolia’s mineral patrimony was being stolen by rapacious outsiders, foreign investment laws tightened. Further development of the Oyu Tolgoi mine has stalled, as Rio Tinto and the government bicker over how revenues will be apportioned, delaying billions of dollars in financing. In 2013, scores of mining projects were scrutinized by local courts, with some exploration licenses pulled for alleged graft. Meanwhile, global commodity prices have declined, further wounding the Mongolian economy.

Facing an economic crisis, Mongolians may be ready to reconsider the need for foreign investment. Earlier this year, the government designated nearly one-fifth of the country ready for new mineral exploration, a move opposed not only by resource nationalists but environmentalists as well. Some of the mining-exploration licenses that had been suspended two years ago are being restored. This month, the results of a referendum held by text message, under the direction of new Prime Minister Chimed Saikhanbileg, found that more than half of 302,000 respondents — around 10% of the national population, although some people have more than one mobile phone number — wanted major projects like Oyu Tolgoi to move forward rather than accept budgets cuts and other belt-tightening measures.

SouthGobi and the three men plan to appeal the sentences. The case has highlighted perceived flaws in Mongolia’s judicial system, even as President Tsakhia Elbegdorj vows legal reform. Legal observers wonder why the tax authorities were not more involved in the trial, which was considered a criminal rather than a civil case. Kapla only had executive authority at the SouthGobi subsidiary for six months of the five-year period during which the mining firm was accused of tax delinquency. The day before the sentencing, the prosecutor advised the court that the three men should be subject to fines, without recommending jail time. The next day, however, the prosecutor said the men deserved six years’ imprisonment.

Other cases have raised eyebrows. Last year, the former chairman of the nation’s Petroleum Authority, Dashzeveg Amarsaikhan, died unexpectedly while in custody as a suspect in a money-laundering case. His supporters allege he had complained of ill health while in prison but his requests for medical care were ignored. He died at the same Detention Facility 461 where the three SouthGobi former employees are now being held.