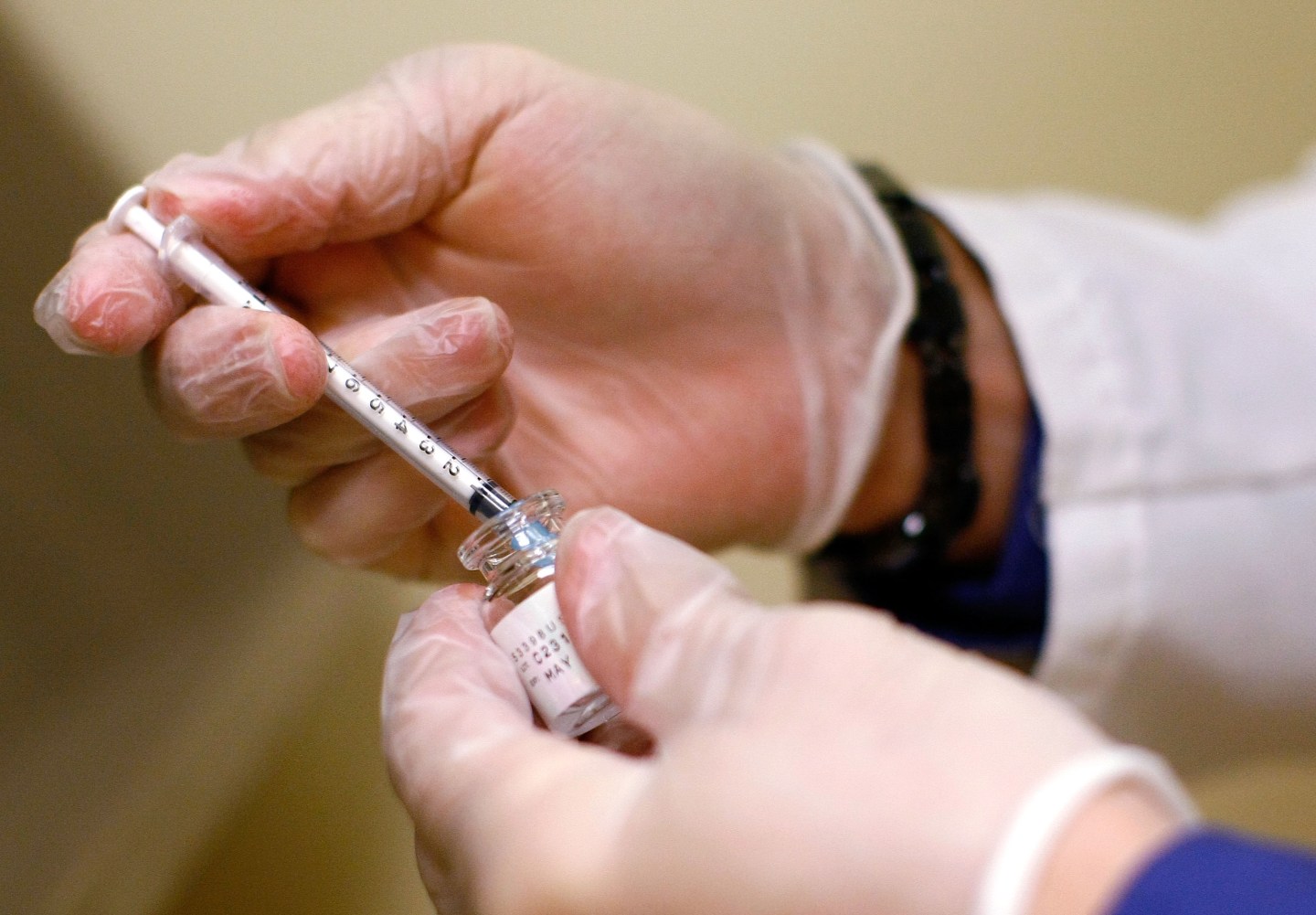 The Republican presidential primary caught a case of the measles this week.

Republicans who would prefer to be aiming their fire at President Obama and presumptive Democratic nominee Hillary Clinton instead found themselves debating whether or not parents should have to vaccinate their children for measles and where to draw the line between public health and parental choice.

It all came against the backdrop of a measles outbreak that has passed 100 cases in the U.S. and amid scientific consensus on the issue that has long since been settled in favor of vaccination. Republican House Speaker John Boehner weighed in himself on Tuesday, saying that “all children ought to be vaccinated.”

“I’m a little shocked that we are having a discourse about the efficacy of vaccinations,” said John Weaver, a moderate Republican strategist often critical of the party’s conservative wing. “It’s a shocking development. Our party has a reputation that’s grown as being anti-science, and now we’re going to be anti-public health?”

“Mary Pat and I have had our children vaccinated and we think that it’s an important part of being sure we protect their health and the public health,” the Republican said. “I also understand that parents need to have some measure of choice in things as well, so that’s the balance that the government has to decide.”

But Christie’s comments prompted a quick backlash—and an almost-as-quick retreat from his office, which said Christie “believes vaccines are an important public health protection and with a disease like measles there is no question kids should be vaccinated.”

Kentucky Republican Sen. Rand Paul, sensing an opening to project the libertarian-leaning philosophy he hopes to ride to the nomination, jumped at the chance to part with Christie, an establishment-friendly rival with whom he has often feuded.

“[I’ve] heard of many tragic cases of walking, talking normal children who wound up with profound mental disorders after vaccines,” Paul said in another interview. “The state doesn’t own your children. Parents own the children, and it is an issue of freedom and public health.”

And Clinton took a chance to needle the other side as simply anti-science, an argument Democrats have pushed often when it comes to Republican resistance to fighting climate change.

“The science is clear: The earth is round, the sky is blue, and #vaccineswork,” she wrote on Twitter late Monday. “Let’s protect all our kids. #GrandmothersKnowBest.”

The issue could prove surprisingly resonant if more measles cases erupt and candidates are forced to continue weighing in. That’s partly because fear of vaccines cuts across party lines, with no significant differences between Republicans and Democrats, according to a 2014 Yale University study. But the study did find that conservatives are more supportive of religious exemptions to vaccination requirements, while liberals are more likely to support only strict medical exemptions.

Scientific consensus overwhelmingly supports widespread vaccinations to achieve what’s known as a “herd immunity,” in which enough of the population is inoculated that those who can’t or don’t get vaccinated are also protected, and stories of vaccinations leading to disorders like the ones Paul alluded to have been repeatedly debunked. On Monday it fell to Ben Carson, a long-shot Republican presidential hopeful and a neurosurgeon, to be the lone GOP candidate mounting an unqualified defense of the science favoring vaccinations.

“Although I strongly believe in individual rights and the rights of parents to raise their children as they see fit, I also recognize that public health and public safety are extremely important in our society,” Carson said. “Certain communicable diseases have been largely eradicated by immunization policies in this country and we should not allow those diseases to return by foregoing safe immunization programs, for philosophical, religious or other reasons when we have the means to eradicate them.”

For Clinton, the entire spat is just one of many opportunities she’ll have to exploit the lack of opposition she faces on the Democratic side to rise above disagreements that roil the large and fractured Republican filed.

“This is just a potential flashpoint that draws an essential distinction between theories of government,” Democratic strategist Chris Lehane said. “You can really compare and contrast.”