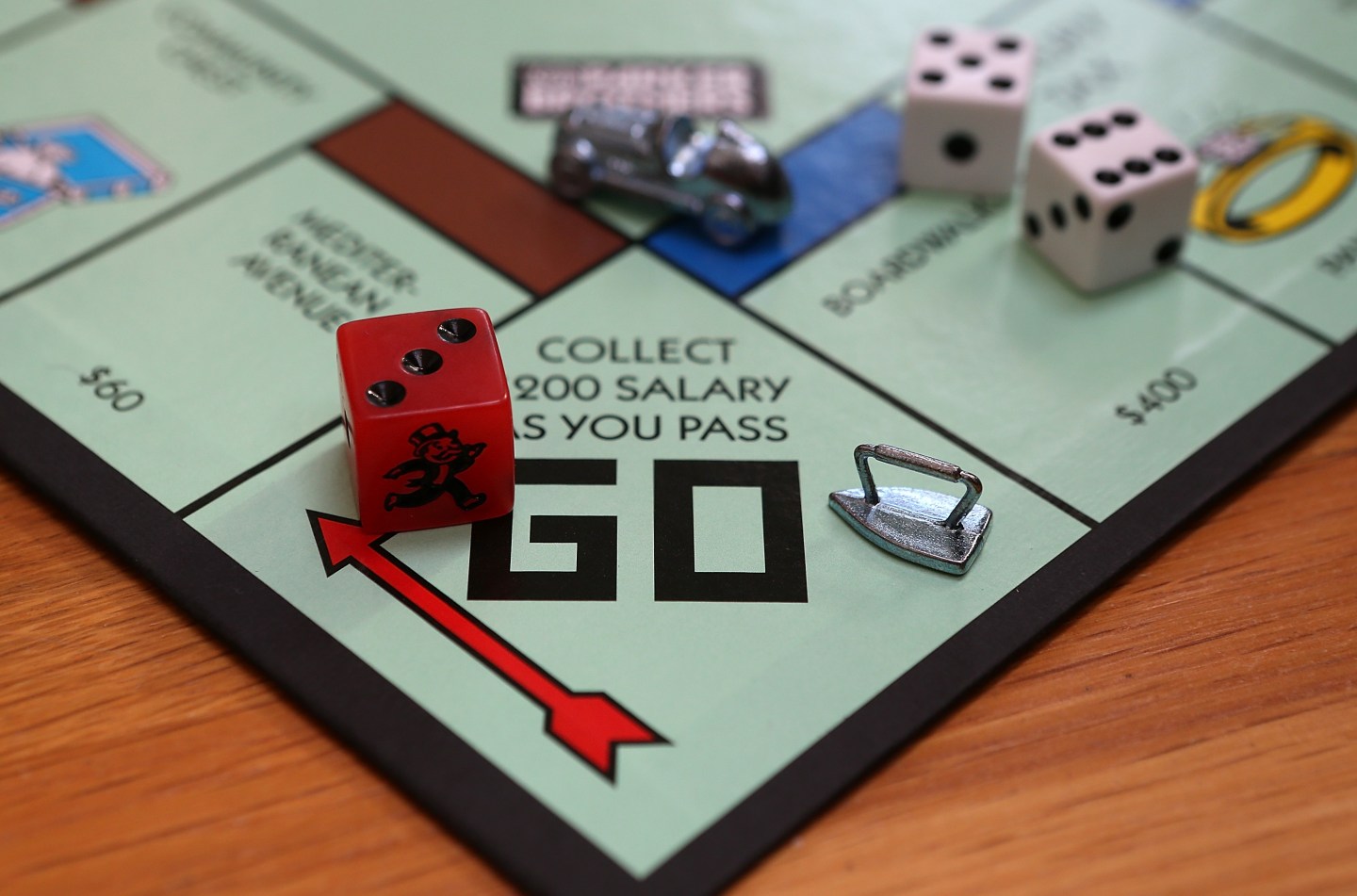 FAIRFAX, CA - FEBRUARY 06: In this photo illustration, the Monopoly iron game piece is displayed on February 6, 2013 in Fairfax, California. Toy maker Hasbro, Inc. announced today that fans of the board game Monopoly voted in an online contest to eliminate the iron playing figure and replace it with a cat figure. The cat game piece received 31 percent of the online votes to beat out four other contenders, a robot, diamond ring, helicopter and guitar. (Photo illustration by Justin Sullivan/Getty Images)
Photograph by Justin Sullivan — Getty Images

Hasbro (HAS) is taking a page out of the Willy Wonka marketing playbook. In honor of Monopoly’s 80th anniversary, French players of the eminent board game will have a chance to win actual cash hidden in sets of the game.

Eighty boxes out of 30,000 different games will have varying amounts of cash ranging between about $170 and $342. Meanwhile, the big winner will get a box that has every piece of Monopoly money replaced will real euros, adding up to about $23,200.

While certainly not enough to buy a railroad or an ocean-front property, it’s still a fairly substantial chunk of change. Florence Gaillaird, Hasbro France’s brand manager, told the AFP that the bills were delivered to the local packing center with a supreme amount of secrecy.

Of course, Monopoly isn’t the first brand to take a “golden ticket” approach. In 2010, Nestle, which owns the Wonka name, put prizes in its Exceptionals candy bars. Two years later, in a slightly more off-putting move, the candy company put GPS trackers in Kit Kats to award 12,000 euros to winners in Ireland and the UK.

Monopoly is available in 114 countries and 43 languages.

This ‘Exploding Kittens’ Card Game Is Blowing Up on Kickstarter

Watch more of the latest news in toys and games from Fortune’s video team: