How a luxe fashion brand is elevating artisans 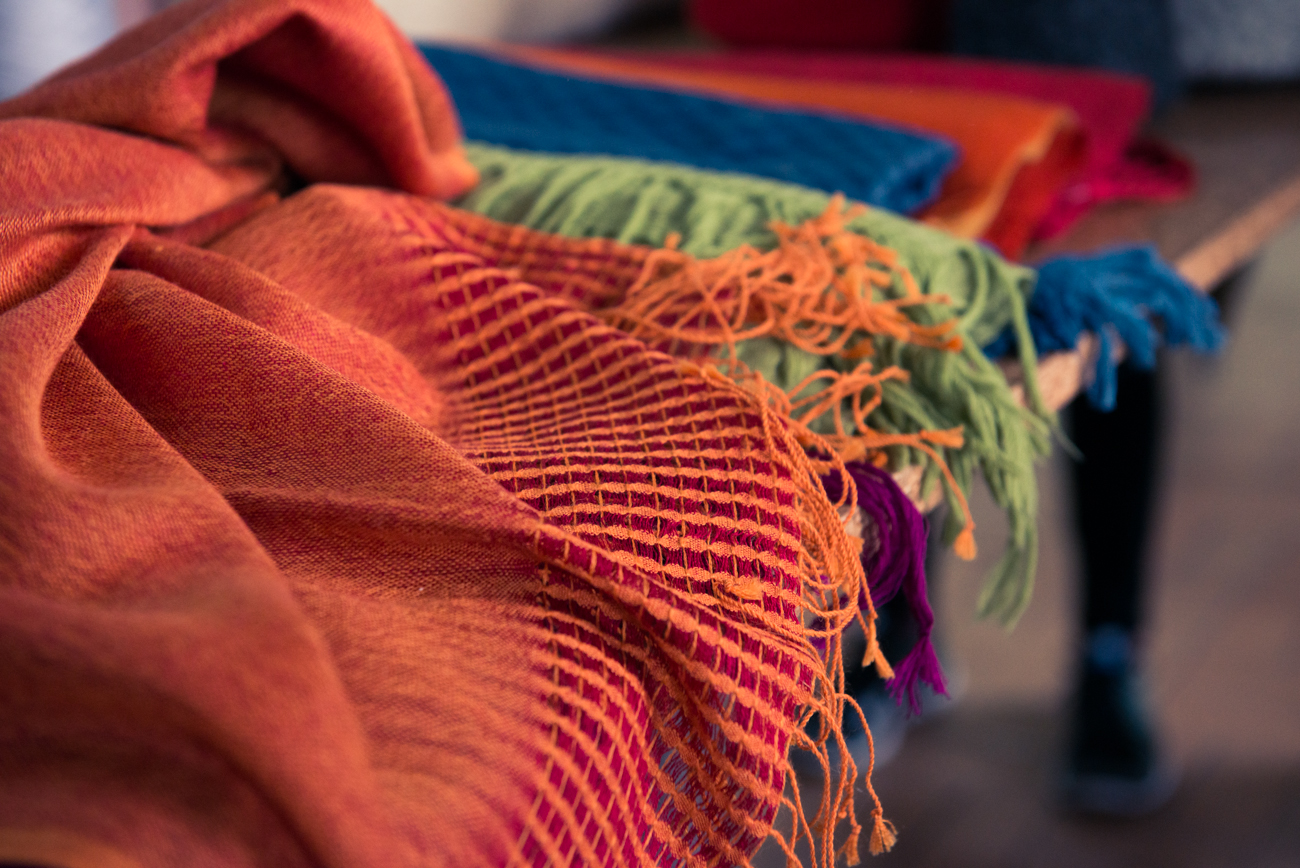 Courtesy of A Peace Treaty

The cobblestone square in Bogota was abuzz. Competing carts hawked fresh-squeezed orange juice. A man tried to convince passersby to pay him for a photo with his blanket and bell-laden llama. A pack of pigeons alternated between pacing in circles and hovering, menacingly, overhead.

But Dana Arbib, a founder of the 6-year-old scarf and jewelry line A Peace Treaty, was looking up at the cathedral in Bolivar Square, oblivious to all of it. “There are lot of cool stone structures in this city,” she said. “I think that’s what we need to focus on.”

Arbib had landed in Colombia four days earlier with A Peace Treaty’s co-founder, Farah Malik, and Jesse Meighan, the company’s chief operating officer. The three travel frequently for work—A Peace Treaty employs artisans in 10 developing countries to create its products, seeking out experts in crafts that are in danger of disappearing because they can’t be manufactured en masse.

But the purpose of this trip was different. A Peace Treaty is a member of the Council of Fashion Designers of America’s incubator program—a business development boot camp for fledgling brands—and through a partnership between W Hotels and CFDA, the women were given an open invitation to spend a week in a city of their choosing to come up with ideas for a future collection. Colombia was one of the few countries none of them had visited.

“We produce in South America, Ecuador, Peru and Bolivia, but we haven’t together strategically explored market opportunity here in a real way,” Malik says. “You hear so much about Colombia and Brazil and these regions being the next frontier, with growing wealth and people being more aware of fashion and taste.”

Indeed, part of their trek through Bogota included visits to the studios of local designers like Polite, whose sculptural skirts and crop tops cost upwards of $1,000 and seem perfectly suited to Kim Kardashian’s closet. The women saw the other end of the spectrum too: on a day trip to the village of Cucunuba, about 60 miles from Bogota, they watched local artisans weave alpaca scarves, sweaters and blankets on massive looms. These are the types of communities they regularly work with to create their collections, and they aim to do more than get their goods and get out.

“Over the years, we’ve sort of pushed the groups that we work with to try different techniques, different colors, different things that they’re not used to working with,” says Meighan. They pushed their production facility in Jaipur, which makes the bulk of their necklaces and bracelets (Arbib spent two weeks there before heading to Colombia), to expand beyond gems and work with enamel and resin.

“Our collaboration is really about forcing them to think outside the box and innovate,” Malik says.

What would they take away from Colombia? “I think, surprisingly, it’s less to do with the actual culture and more about the natural textures we saw around the city, like all the different trees you see walking down one street,” says Arbib, referencing Colombia’s rich biodiversity. “Just in one block you’ll see a leaf that’s fuzzy, one that’s sharp, one that’s smooth.”

As they scrolled through iPhone photos of palm trees and courtyards and contemplated how to integrate the city’s stonework into a future collection (“It’ll have to be in the jewelry,” Arbib says), they reflected on A Peace Treaty’s mission.

“The difference we want to make is twofold,” Meighan says. “We want to be an example in the market for how artisan and handmade products can be fashion products, can be luxury products. It doesn’t have to be a niche art or museum shop product. It can totally be a fashion product that sits next to all the high end brands.”