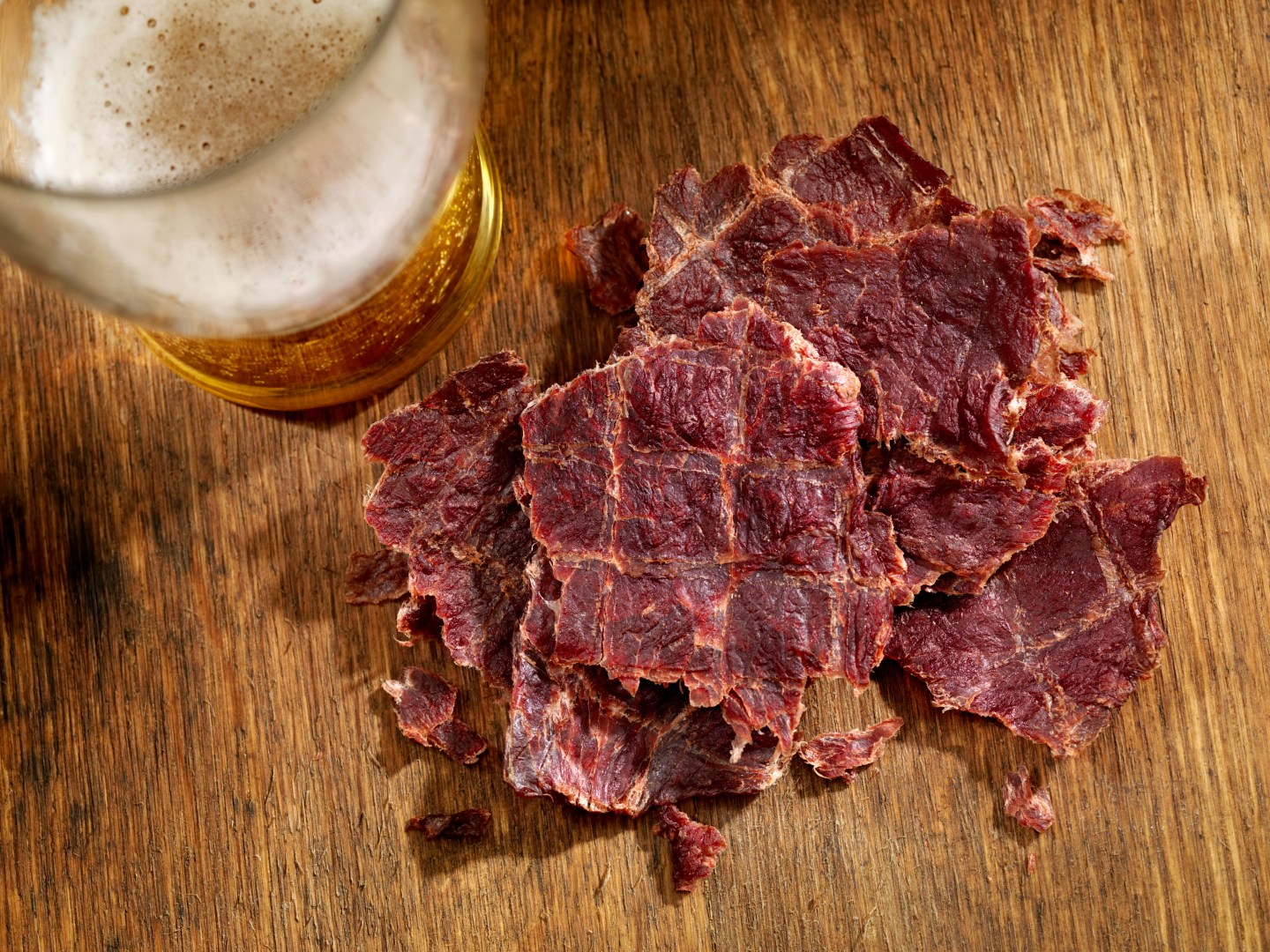 Five or ten years ago, Hershey’s announcement this week that it will acquire a maker of jerky snacks might have seemed a little odd, if not downright weird. But we seem to be in the midst of a dried-meat explosion, and buying Krave Pure Foods might be the best possible move the struggling Hershey could make.

Hershey’s reliance on chocolate snacks puts it at the mercy of fickle commodities markets. Prices for both milk and cocoa have spiked recently, forcing Hershey to raise prices, and crimping its margins. Cocoa prices are falling now, but that’s largely in response to weakening global demand due to macroeconomic forces like China’s slowdown.

At the same time, Americans and other Western consumers are increasingly opting for protein-based snacks in favor of sugary ones. By picking up a major purveyor of jerky, Hershey is directly targeting the consumers it has lost to that trend—and often right in the same grocery aisle.

But this is not your father’s (or great-grandfather’s) dried-meat snack. Jerky is undergoing something of a renaissance. The word “artisanal” is actually being applied to many of these products, which command high retail prices. Krave’s varieties include “Basil Citrus Turkey,” “Curry Beef,” “Honey Chipotle,” and “Smoky Grilled Teriyaki Pork.” These products are a far cry from the mass-produced tubes that are ConAgra’s Slim Jim sausage snacks, or the faux jerky that is basically ground-up meat mush flattened into strips — but is often labeled “jerky,” though with the caveat “ground and formed” or “chopped and formed” appended. Real jerky is sliced from a single piece of meat, salted and cured. The quality of the meat, and the addition of flavorings, is what pushes it into the “high end” category.

The recent jerky explosion really started more than a decade ago, though it has trended up more recently. “If only a few years ago, jerky seemed an old-fashioned kind of food,” The Economist observed in 2006, the carniphilia inspired by the Atkins diet has given it a new life.”

Hershey might be a little late to the party, but at least it’s finally here.

Krave was launched in 2010 in the Wine Country town of Sonoma, Calif., after its founder, Jon Sebastiani, took to eating jerky while training for marathons.

In August, the company reported that it had become the No. 2 jerky brand in U.S. grocery stores, and that it expected revenues this year to be 300% greater than the $16.9 million it reported in 2013. Numbers were not disclosed for the Hershey deal, but Reuters estimates it was worth between $200 million and $300 million.

Krave is not alone in the market. There are many purveyors of “high end” jerky, including Jeff’s Famous and Gary West Artisan Smoked Meats — whose angus beef-based product The Today Show once dubbed “the Rolls Royce of jerky.”

Prices (and, it’s safe to assume, margins) in this segment tend to be hefty. Krave’s Black Cherry BBQ Pork Jerky is selling for $18 on Amazon for a single package — the 16-ounce “value bag.” CBS News reported earlier this month that the gourmet grocer Dean & Deluca was selling bison jerky for more than $70 a pound in New York City, and that jerky sales have increased by $1 billion in the past five years alone. The market is worth about $2.5 billion now, according to the Hershey, and there seems to be plenty of more growth ahead.

It would be far too facile (and a little offensive) to say that the recent Ebola crisis led to riches for Sebastiani and a new strategy for Hershey. Nevertheless, a line can be drawn between the two events. Cocoa prices last year spiked for a bunch of reasons, but one of them was potential shortages if the disease were to spread to the Ivory Coast, the top cocoa producing country. (West Africa as a whole produces about 70% of the world’s crop.)

That never happened, and cocoa prices are dropping fast. But for Hershey, the damage was done, aided by rising dairy prices and softening global demand. The country’s biggest chocolate maker is doing what many formerly sweets-addled Americans are doing: adding more protein to its diet. And like them, it’s likely to feel better for it.