Deconstructing the buzz around the Ford GT supercar 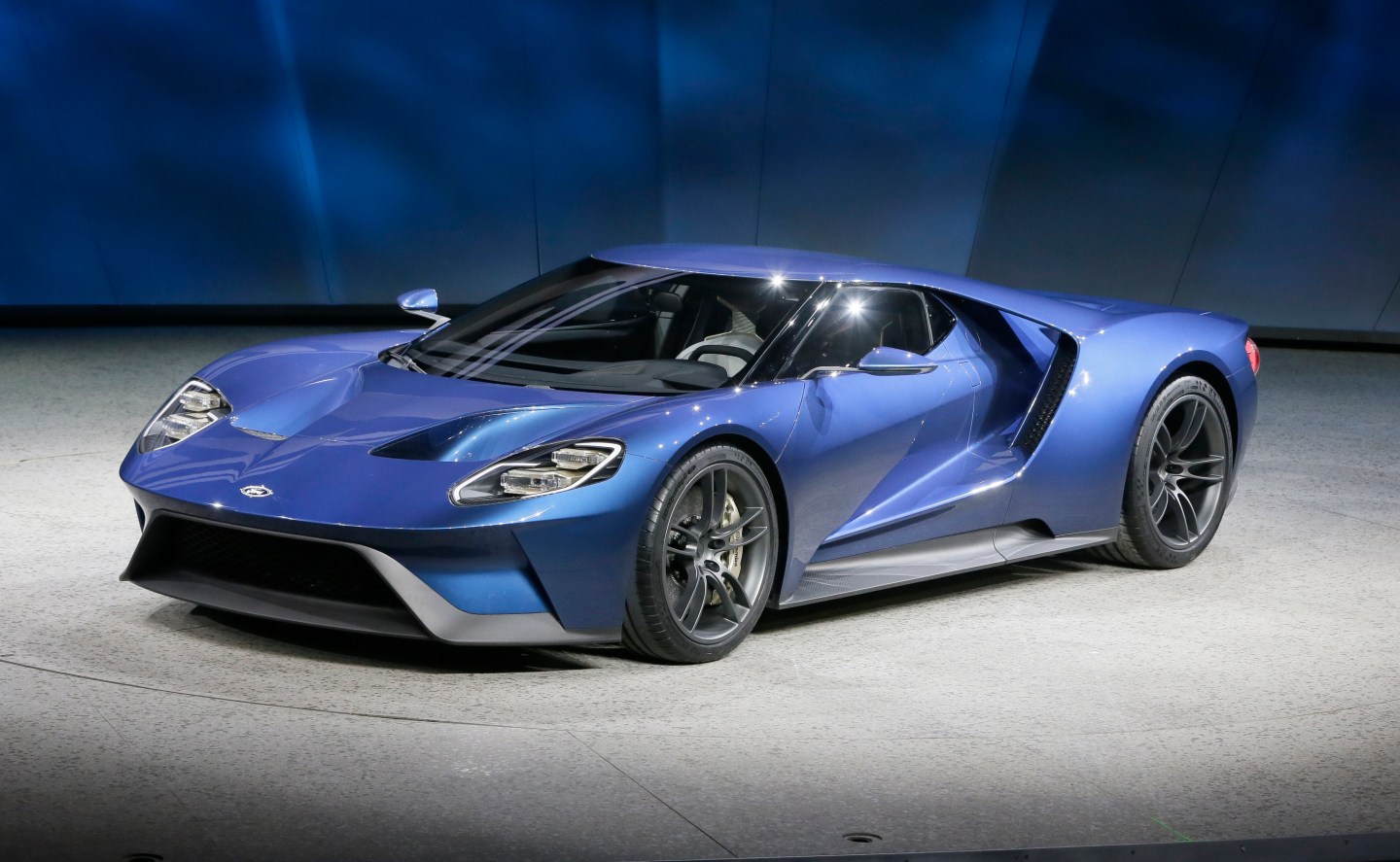 With the Detroit show under their belts and the annual dealers convention in Las Vegas completed, auto industry executives are preparing to travel to Chicago for its 2015 show beginning February 12.

Following in their wake will be the usual gaggle of automotive journalists. Besides enthusiast publications like Car and Driver, they represent websites like Edmunds.com, large-circulation newspapers like the Washington Post, business publications, and cable news networks. More than 5,000 of them were registered to attend the Detroit show.

The journalists have no official function, but their reporting will be watched carefully to see which car or truck they designate as “hot.” Ford’s surprise updating of its 50-year-old, Le Mans-winning race car drew big crowds in Detroit and loads of media attention. But will it repeat in Chicago? And what, exactly, is the value of auto show buzz?

Ford may have a different opinion, now that its financial report for 2014 has been published. Its operating profit fell 56% during a strong year for auto sales and despite all the media attention that accorded the launch of two of its best-known products, the F-150 pickup and the Mustang. Once again in its earnings release, Ford touted its ability to operate profitably, as if earning a return from its huge capital base during a period of sustained economic growth is an achievement worth claiming.

Whether any of the journalists caught up in the GT lovefest took note of Ford’s financial performance is open to question. Like the outlets they represent, the writers come to their jobs with very different resumes. Some have been trained as engineers or have worked in the industry. Others identify themselves simply as enthusiasts, and rely on their passion for cars to provide the authority for their judgments. Very few pay attention to any financial benchmarks beyond sticker price and market share.

With the growing number of road tests now available on line, the bifurcation stands out. The professionals who evaluate new cars for a living dig deeply into the data they obtain by instrumented tests. Others, who call themselves car reviewers or critics, make more subjective evaluations, recognizable by their frequent use of adjectives like “cool,” “sexy,” and “iconic.”

But distinctions between the two camps were eradicated by the initial public outing of the GT on January 12. The car appealed to both groups. It has high-tech carbon-fiber construction and an enormously-powerful 600-hp engine for the techies, and drop-dead styling combined with racing heritage for the enthusiasts. Adding to the drama, it caught the show by surprise; nobody knew it was coming. The disclosure of the car’s existence created a kind of mass hysteria.

“Ford’s supercar stole the show,” raved the Detroit Free Press. Veteran blogger Peter M. DeLorenzo gushed on his AutoExtremist web site: “The new Ford supercar was so far and away the best thing to happen at Cobo Hall that the rest of the introductions seemed like they were at another, quieter show.” Automotive News reached back to an historic popular culture reference to express its astonishment: it, “The GT barreled into Detroit the way Kramer used to burst into Seinfeld’s TV apartment.”

Those with fewer pop culture references at their finger tips dipped into the well-worn book of all-purpose auto adjectives—hot, sexy, and so on. But whatever their literary aspirations, there was near-universal agreement that nothing caught the eye like a $200,000 mid-engine race car making an unscripted appearance in a sea of every-day sedans and SUVs.

Each journalist got a chance to express his or her opinion because the GT is sui generis; it stands outside the mainstream of the auto industry. Unlike Chevrolet’s new battery-powered Bolt that was also unveiled at the show, the GT is all but irrelevant to the technological progress of the automobile. Its projected price of $200,000 and production run of a few hundred units renders it of little consequence to 99.9% of the world’s population, or to the profitability of Ford Motor (F). It exists as a piece of decorative scrim like the piping on a custom-tailored blazer.

Even Executive Chairman Bill Ford seemed to have a hard time explaining the rationale for the car. “The business case is never why you do a vehicle like this,” he was quoted as saying in Automotive News. “It’s really a statement vehicle.” Since Ford identifies himself as someone whose “pushed the environmental movement for 35 years within Ford,” it must be especially difficult for him to explain the fuel-hungry GT.

(Ford may be suffering confusion on other identification issues as well. His 970-word official biography in Ford’s Media Center includes such trivia as his black belt in Tae Kwan Do and his membership in the Irish America Hall of Fame but nowhere mentions that he is the great-grandson of Henry Ford).

If profit isn’t his company’s motive, then what kind of statement does the GT make—especially by the industry’s most outspoken environmentalist? Bill Ford’s answer: “It really does give a halo to the entire lineup that ultimately will drive more sales.”

The identity of the first halo car has been lost to the fog of history, but it has long been an industry article of faith that building a few eye-catching models for showroom display will attract customers looking for more practical models at a lower price point. It may be time to reevaluate that. Halo cars may have made sense back in the day when new car shoppers would spend their Saturdays cruising showrooms, and dealers needed attractions to lure them in. But now that most buyers do their shopping online and know exactly what they want and how much to pay for it, it seems like an outmoded idea.

And how big a shadow can any halo car cast? An overpowered supercar makes sense for Mercedes-Benz or Audi because the price walk from a high-end production vehicle to the halo car is a short one. How many buyers of a $20,000 Focus are going to be enticed by a $200,000 race car in the same showroom?

The whole idea of an overpowered, over-priced halo car at Ford seems to hark back to the confused decades of the last century when the automaker was preoccupied by its competition with General Motors (GM) and failed to recognize the threat from the Japanese. Instead, it bought Jaguar, Land Rover, and Volvo, and created the Edsel. Toyota, by contrast, focused on making cars that were ultra-reliable, and in 2014 it came ever closer to outselling Ford in the U.S. Toyota finished the year with sales of 2,373,771 cars and trucks vs. Ford’s 2,471,315.

“For all of its performance cred, Ford covets Toyota’s reliability rep [which] is what keeps them coming back. Ford boasts slinky supercars that can fly at 200 mph for 24 hours, but Toyota excels at vanilla sedans you can flog 200,000 miles for 24 years.”

His conclusion: Ford may dazzle on the auto show circuits, but Toyota will win in the showroom.