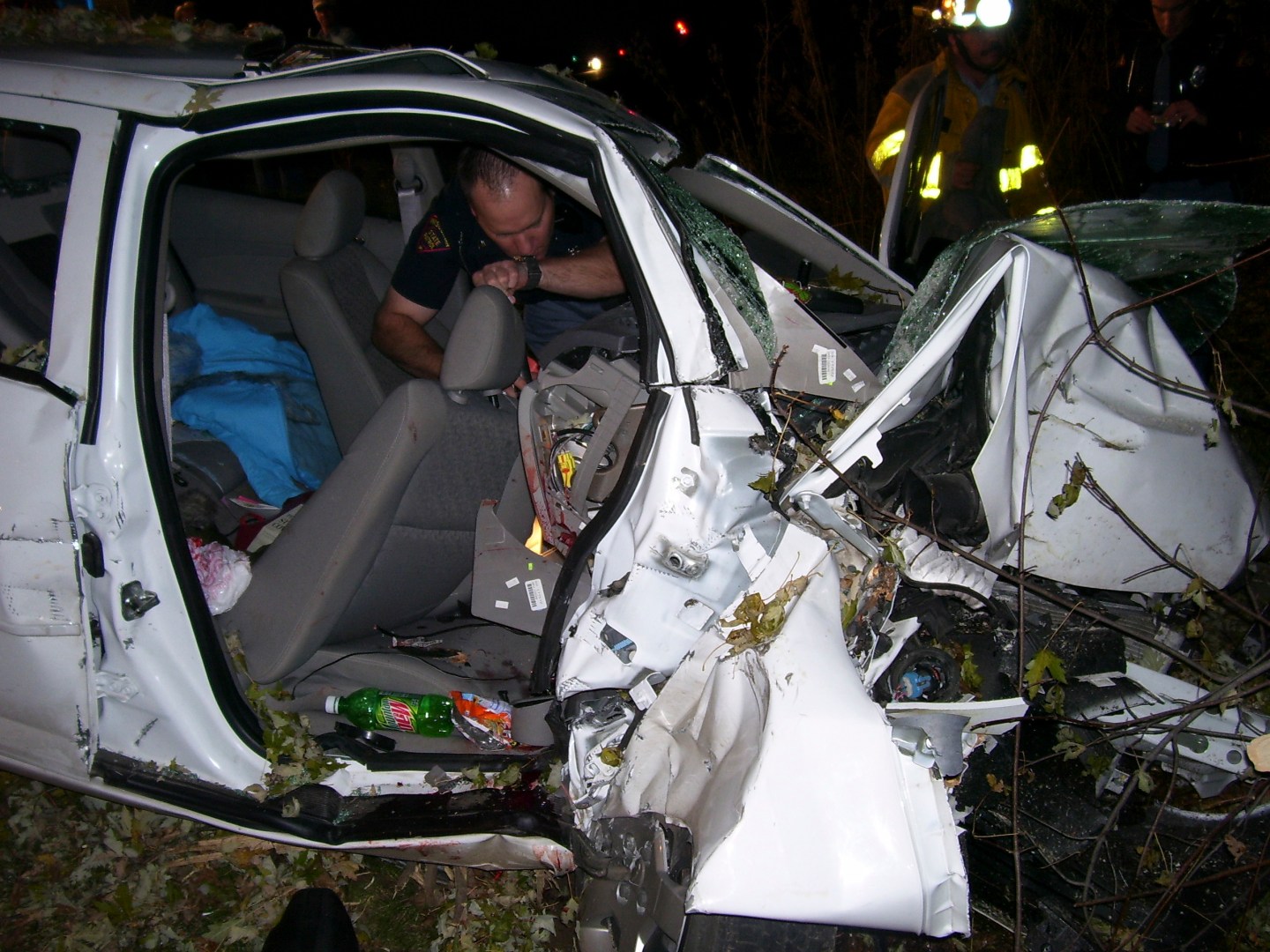 A Wisconsin State Patrol police officer looks through the wreck of a 2005 Chevy Cobalt in St Croix County, Wisconsin in this October 24, 2006 file photo. Megan Phillips, who was the driver of a 2005 Chevrolet Cobalt that crashed in Wisconsin, said that until last month's recall she blamed herself for a 2006 accident in which two teenaged friends were killed when her car left the road and hit a clump of trees. REUTERS/St Croix Sherriff/Handout (UNITED STATES - Tags: TRANSPORT CRIME LAW BUSINESS POLITICS) ATTENTION EDITORS - THIS IMAGE HAS BEEN SUPPLIED BY A THIRD PARTY. IT IS DISTRIBUTED, EXACTLY AS RECEIVED BY REUTERS, AS A SERVICE TO CLIENTS. FOR EDITORIAL USE ONLY. NOT FOR SALE FOR MARKETING OR ADVERTISING CAMPAIGNS - RTR3HAQV
Photograph by Reuters

(Reuters) – Honda said on Thursday that a driver was killed last week in a Houston suburb in a 2002 Accord equipped with a Takata air bag that may have ruptured.

The Harris County Sheriff is investigating the crash, which occurred Jan. 18 in Spring, Texas, north of Houston, and identified the driver as 35-year-old Carlos Solis. According to the county medical examiner’s preliminary report, Solis died of “blunt force injuries to the neck.”

The Japanese auto parts supplier is one of the world’s largest manufacturers of air bags. Since 2008, defective Takata air bags have been linked to at least five deaths, dozens of injuries and the recall of more than 24 million cars worldwide.

The car driven by Solis was included in a 2011 safety recall, but the “recall repair was never completed,” Honda said, adding it has not been able to examine the car or its components to determine whether the air bag inflator ruptured.

The automaker said it has informed the National Highway Traffic Safety Administration of the crash.

Asked for comment, Takata late Thursday said, “We are working in close collaboration with Honda to determine the facts and circumstances surrounding the vehicle’s status at the time of the incident. Takata’s number one priority is the safety of the driving public.”

Takata’s handling of air bag defects and recalls is being investigated by NHTSA and the U.S. Department of Justice. The company also faces a number of civil lawsuits.