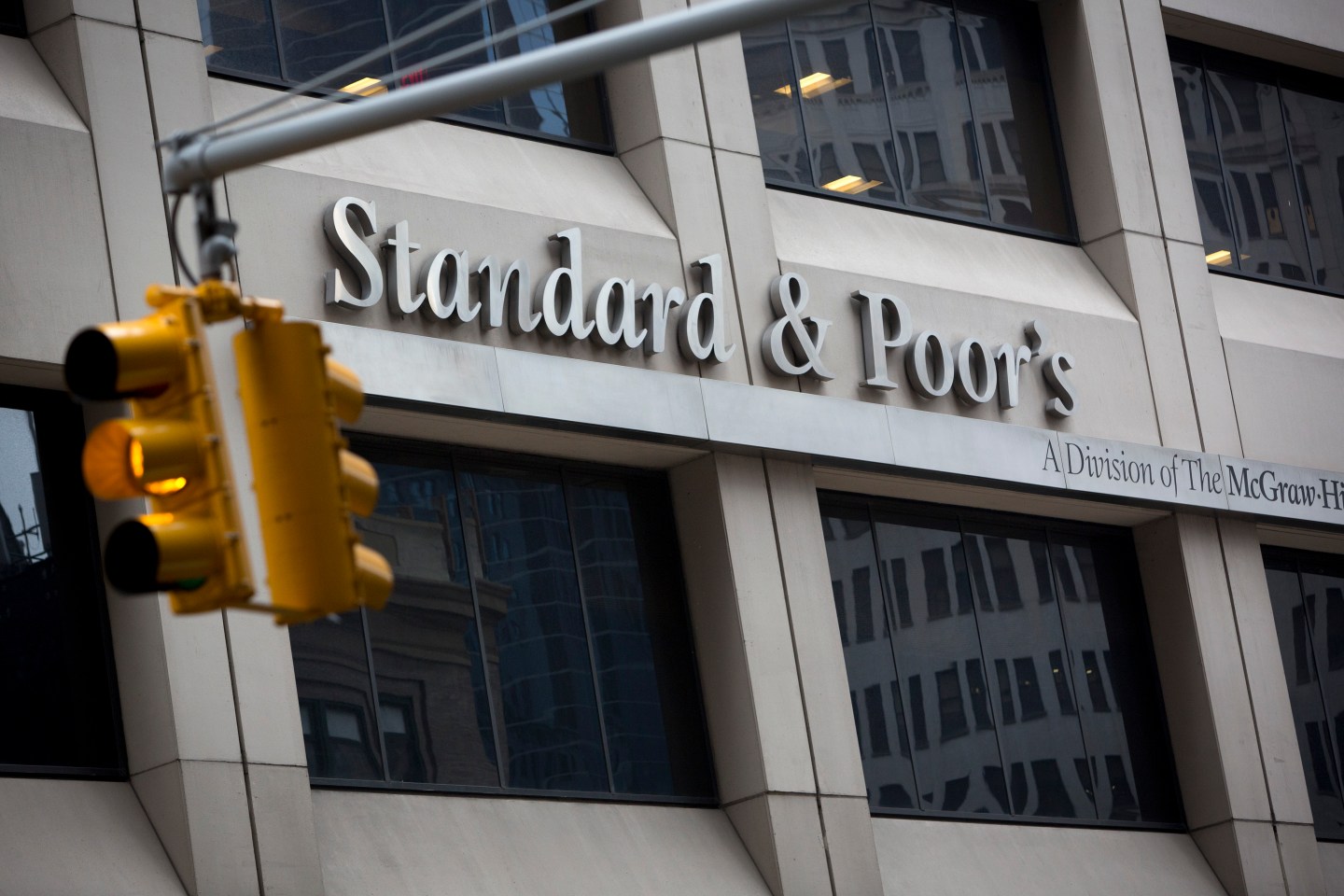 The Standard & Poor's logo is displayed at the company's headquarters in New York, U.S., on Tuesday, Feb. 5, 2013. The U.S. is seeking as much as $5 billion in penalties from McGraw-Hill Cos. and its Standard & Poor's unit to punish it for inflated credit ratings that Attorney General Eric Holder said were central to the worst financial crisis since the Great Depression. Photographer: Scott Eells/Bloomberg via Getty Images
Photograph by Scott Eells — Bloomberg via Getty Images

Ratings company Standard & Poor’s is reportedly close to striking a $1.37 billion settlement with the U.S. Justice Department over mortgage ratings that S&P issued leading up to the 2008 financial crisis.

A deal could be finalized as soon as Thursday between the ratings service’s parent company, McGraw Hill Financial, and the Justice Department and more than a dozen states, according to The Wall Street Journal, which cites anonymous sources. Last week, reports surfaced that S&P was close to a deal that would resolve a series of lawsuits brought in recent years by the federal government and several states’ attorneys general.

The lawsuit alleges that S&P knowingly misled investors with inflated ratings of residential mortgage-backed securities and collateralized debt obligations (CDOs). If the value of the eventual settlement does reach $1.37 billion, it would be the largest of its kind to stem from pre-crisis mortgage bond ratings.

The Journal adds that most states involved in the settlement talks would receive between $20 million and $25 million as part of the deal, although some states will receive more.

The SEC is expected to file its own lawsuit against Barbara Duka, S&P’s former head of commercial mortgage ratings, sometime this month. Last week, Duka filed a preemptive suit against the SEC in which she asked that the agency’s action against her be heard by a federal court rather than by one of the SEC’s administrative law judges.