When the wedding is off but the costs aren’t, even with insurance 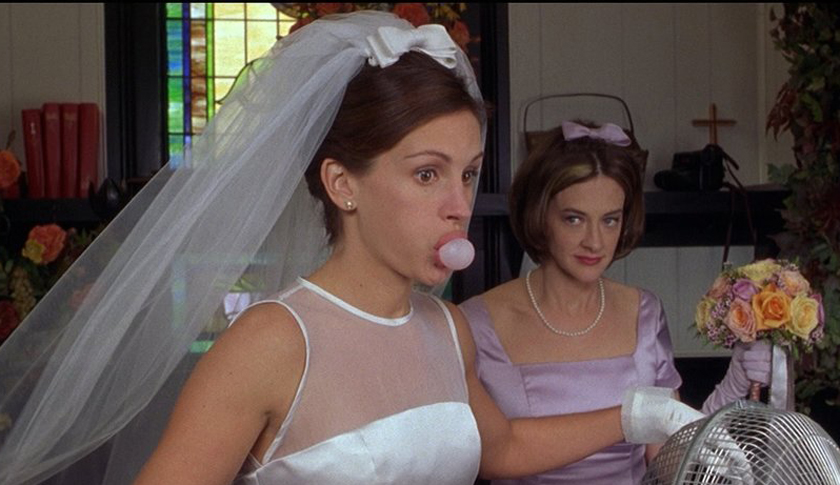 Weddings, as most Americans know, are expensive. As it turns out, canceling them isn’t much cheaper. Depending on how far in advance the decision is made, the couple (or their families) may be left with the entire bill to pay. “Anything the couple is going through canceling the wedding is far more difficult than the hotel canceling the event,” says Tobias Rimkus, director of catering and event management at The St. Regis Aspen Resort.

However, the emotional toll does not change the fact that vendors — hotels, caterers, florists, etc. — are also businesses and cannot simply surrender the cost of a reservation no longer being held. After all, planning (and purchases) usually happen far in advance of the actual Big Day. “Preparation time in the kitchen for a wedding typically starts three days prior to the event, but orders are placed much earlier with suppliers, especially with Aspen being a more remote mountain destination.” At The St. Regis Aspen, Rimkus explains, “The cancellation fee changes as the event gets closer: at 180 days out, it is 50%; 120 days it is 75%; and [within] 60 days it is 90%.” When pricing starts in the $200 per person range, as it does at The St. Regis Aspen, a seriously luxurious mountain resort, even a 50% cancellation fee is a hefty one.

That scenario — a canceled wedding, a big bill — is not uncommon. Americans spend $55 billion on weddings annually, according to IBIS World, a market research company. But a survey of 1,500 U.S. brides done by The Wedding Report found that 13% of engagements in the U.S. — or 270,000 — don’t end with a wedding. When those weddings get canceled, most of the bills still need to get paid — how much varies, but deposits are almost always non-refundable, many vendors charge cancellation fees, and the closer to the wedding date, the less likely they’ll be able to fill in with a new booking, making them more likely to charge higher amounts. And usually it’s the bride’s family that foots most of the bill. On average, 44% of a wedding is paid for by the bride’s family, more than triple the 12% contribution from the groom’s side, according to a 2013 study conducted by The Knot surveying 12,600 U.S. brides. (The couple pays 42% and 2% is paid by other family members.)

Though few couples purchase it, theoretically, this is the purpose of wedding insurance: To cover unexpected costs like a last-minute catering replacement or an entire cancellation. (Statistics aren’t available, but every expert asked agreed that only a small minority of weddings are insured.) A family member might get ill, a venue may burn down, a hurricane or blizzard can blow in. But while insurance will probably cover those situations, it will almost never cover one where the cancellation comes from the couple.

Insurers offer several reasons for not covering what they refer to as a “change of heart.” Ed Charlebois of Travelers Insurance says the company’s wedding insurance is meant to cover events outside of the insured’s control. (This is the same reason your car insurance will probably cover an accident that’s the other drivers’ fault but usually not one that’s your own.) “People wanting to get married and then changing their mind—to us that’s not an insurable event.” What if it’s only one party’s decision, but the other one is left with the bills? “We’re insuring the couple,” Charlebois says. If one of them makes a mess, then, as if they were already married, the other one might be left to clean it up. He adds that the company is careful to make sure couples understand this.

Even a law firm that does cover changes of heart, does so with a strict time limitation. Robert Nuccio, whose firm offers change of heart insurance through wedsure.com, says that frequent fraud made more coverage essentially a losing business deal. He added change of heart coverage in 2007 because his policy recognized that it was usually the parents who were paying the cost of the wedding — parents who theoretically wouldn’t have known that the bride and groom might call it quits. “We called it ‘Innocent Party Change of Heart Coverage.’” But, he says, fraud quickly followed. “The mothers knew that [the bride and groom] were fighting, so they were calling in buying the coverage, knowing they were going to split up.” The mothers would lie on the applications, saying they didn’t know anything that might give rise to a claim. “Turns out the mother’s not so innocent,” Nuccio says. Since its initial offering, Nuccio has had to adjust the term’s timeline to deter fraudulent claims. While it originally gave couples four months, his change of heart coverage can now only be invoked if the wedding is canceled more than a year outside the planned date.

Luckily, it’s not all bad news. There are other ways to recoup some of the lost costs. CanceledWeddings.com, for example, brokers canceled contracts and last minute availabilities. One couple’s canceled four-star, paid-in-advance honeymoon can become another’s last-minute dream vacation — at a bargain basement price. But, CEO Peter Ulrich notes, the company is still in early stages, so not every wedding will find a buyer. Again, the more in advance of the wedding the cancellation comes, the better.

No matter how expensive it is, almost no one will say a couple should go through with a wedding it doesn’t want. Women with premarital doubts are 2.5 times more likely to get divorced than women without them, a 2012 study in the Journal of Family Psychology found. (Worth noting: “Men’s doubts,” it found, “did not predict divorce.”) Anne Milford, co-author of How Not To Marry The Wrong Guy and a wedding-canceler herself, tells women to focus on getting out of the relationship, not the financial problems that follow. After all, divorces are expensive, too. “Cancel the relationship. Let loved ones cancel the party.”