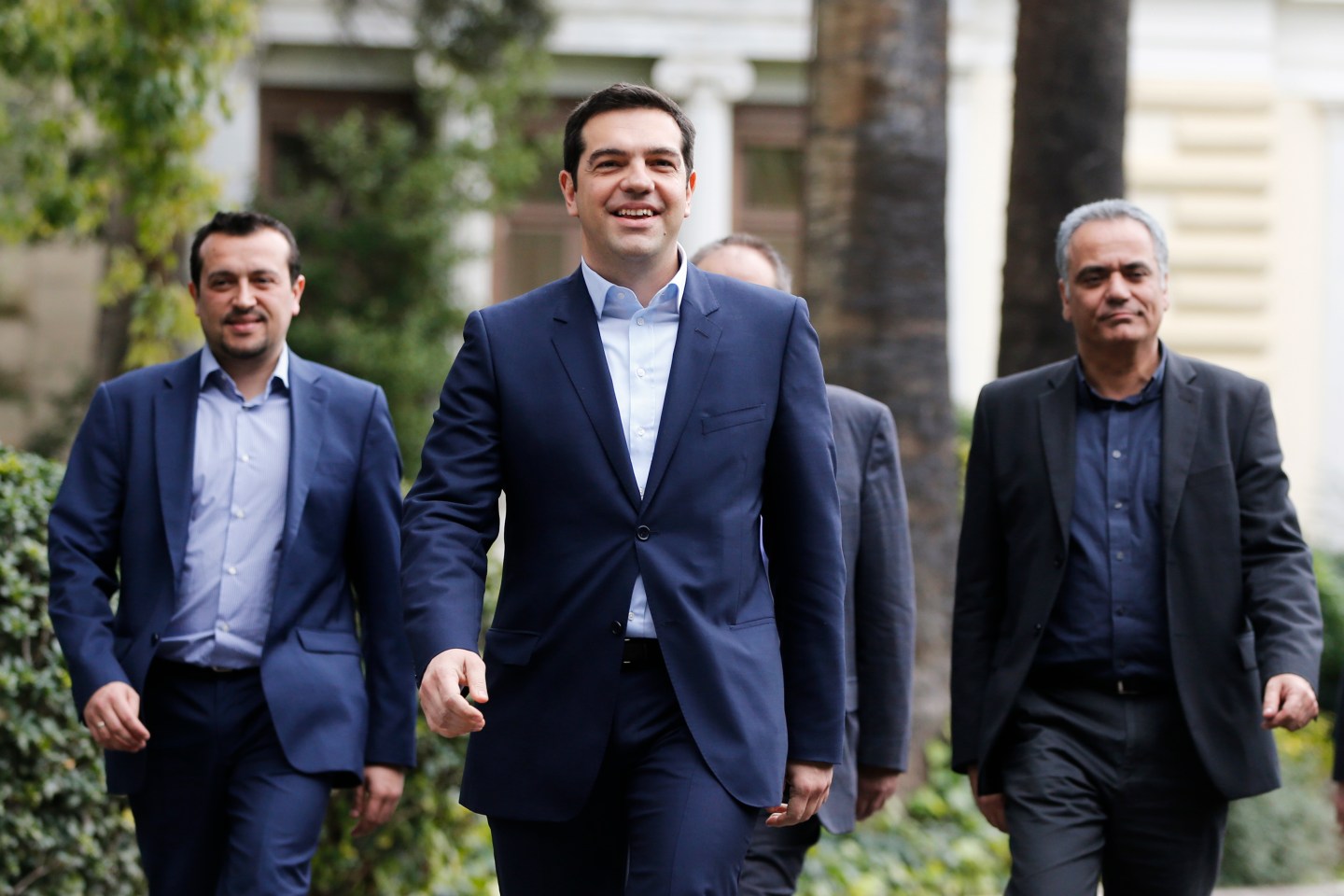 Following the victory of the radical left-wing Syriza party in Greece’s general election, 40-year-old Alexis Tsipras was sworn in Monday as Greece’s youngest prime minister in 150 years. Having rejected E.U. austerity policies and bailouts as “null and void”, European leaders are watching to see if Tsipras’ diplomacy is as fiery as his pre-election oratory.

Tsipras was born in Athens to a middle-class family in 1974, four days after the fall of the Greek military dictatorship which had ruled the country for seven years. His father ran a small construction company and voted for the social democratic Pasok party, which his son has just kicked out of office. Though he grew up in a highly politicized period, Tsipras was more interested in sport than politics. He lived near the Panathinaikos soccer stadium and he still attends every home game.

But at high school in the 1980s, Tsipras joined the Young Communists Society. When the government proposed education privatization in 1990, 16-year-old Tsipras led an occupation of his high school to oppose the reforms. Interviewed on national television at the time, Tsipras said: “We would like it to be our right to decide if, at some point, we want to skip class.”

Tsipras remained active in student politics while training as a civil engineer in Athens but it was his run for election as mayor of Athens in 2006 that raised his national profile. Though Tsipras was fighting his first major election and representing a new party — the Syriza coalition had been formed two years earlier from an alliance of left-wing groups such as the Greens and the Maoists — he managed third place.

Tsipras was elected as the leader of the Syriza party two years later, making him Greece’s youngest political leader at the age of 34. He flourished in the wake of Greece’s economic crisis. “Greece has been a European and international experiment, and the Greek people have been the guinea pigs,” Tsipras told TIME in a 2012 interview, just before the elections in which Syriza become the second-biggest party in parliament. The party won 3.3% of the vote in the 2004 elections and nearly 27% in 2012.

Two and a half years later, more than 50% of under-25s in Greece are unemployed and many of them have been encouraged by Tsipras’ campaign slogan of “Hope is coming!”

Tsipras has already made his mark in his first day as prime minister. He is Greece’s first unmarried prime minister and the first to take a secular oath of office. He has a family — he has been with his longtime partner Peristera (Betty) Batziana since high school — and they have two sons, the youngest of whom is named after Argentinian Marxist revolutionary, Ernesto “Che” Guevara.

But Tsipras appears to have softened his politics since his youth and he and his party have worked hard to broaden his appeal and prepare him for power. He has met with high-profile figures like theEuropean Central Bank chief Mario Draghi and talked with church leaders (including meeting with Pope Francis) to calm fears about his own lack of religious faith.

At the presidential palace on Monday, Tsipras and his Syriza colleagues stood out in their uniform of suits and open-necked shirts. After his inauguration, the new prime minister left the palace to visit the National Resistance Museum to honour Greeks killed by Germany and her allies in the Second World War. Tsipras has persuaded the Greek electorate to back him. Now he has just over two weeks before he has to put Greece’s case to his European counterparts on Feb. 12 in the Latvian capital, Riga.