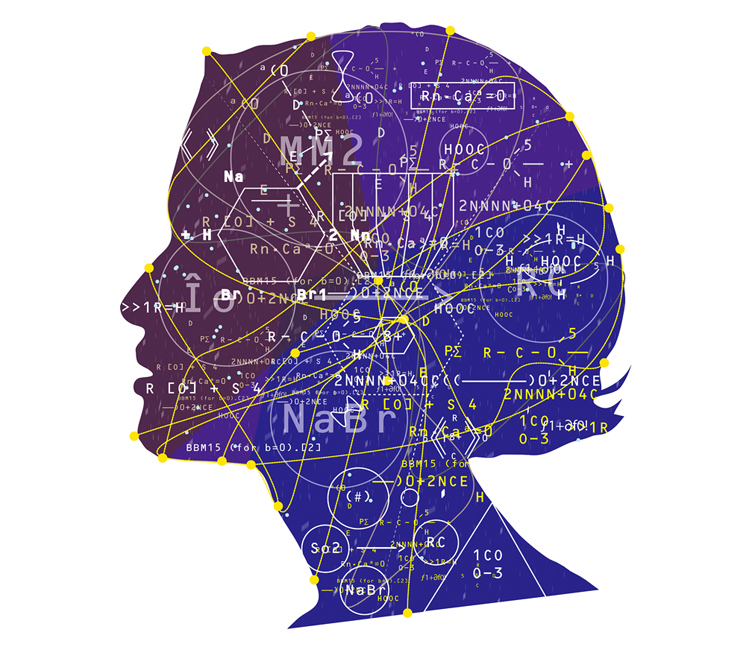 Illustration by Studio Tonne for Fortune

The single greatest instrument of change in today’s business world, and the one that is creating major uncertainties for an ever-growing universe of companies, is the advancement of mathematical algorithms and their related sophisticated software. Never before has so much artificial mental power been available to so many—power to deconstruct and predict patterns and changes in everything from consumer behavior to the maintenance requirements and operating lifetimes of industrial machinery. In combination with other technological factors—including broadband mobility, sensors, and vastly increased data-crunching capacity—algorithms are dramatically changing both the structure of the global economy and the nature of business.

Though still in its infancy, the use of algorithms has already become an engine of creative destruction in the business world, fracturing time-tested business models and implementing dazzling new ones. The effects are most visible so far in retailing, creating new and highly interactive relationships between businesses and their customers, and making it possible for giant corporations to deal with customers as individuals. At Macy’s, for instance, algorithmic technology is helping fuse the online and the in-store experience, enabling a shopper to compare clothes online, try something on at the store, order it online, and return it in person. Algorithms help determine whether to pull inventory from a fulfillment center or a nearby store, while location-based technologies let companies target offers to specific consumers while they are shopping in stores.

Now the revolution is entering a new and vastly expansive stage in which machines are communicating with other machines without human intervention, learning through artificial intelligence and making consistent decisions based on prescribed rules and processed through algorithms. This capability has rapidly expanded into potential connections between billions and billions of devices in the ever-expanding “Internet of things,” which integrates machines and devices with networked sensors and software, allowing the remote monitoring and adjustment of industrial machinery, for instance, or the management of supply chains.

Take, for example, General Electric (GE), which has already turned itself into a math house. It has assembled a staff in Silicon Valley to provide customers with advanced analytics that do such things as predict when equipment maintenance is due. As of the middle of last year, this quintessential industrial company had about two-thirds of its $250 billion backlog in orders from services based on its mathematical intellectual property.

Machine-to-machine communication and learning also help managers increase their capability and capacity and the speed of their decisions. The potential uses have barely been scratched, and the growth opportunities of this bend in the road can be immense for those who seize them.

The companies that have the new mathematical capabilities possess a huge advantage over those that don’t. Google (GOOG), Facebook (FB), and Amazon (AMZN) were created as mathematical corporations. Apple (AAPL) became a math corporation after Steve Jobs returned as CEO. This trend will accelerate. Legacy companies that can’t make the shift will be vulnerable to digitally minded competitors.

One of the biggest changes the algorithmic approach brings for both businesses and consumers is a rich new level of interactivity. The customer experience for many legacy companies is often secondhand or thirdhand. A company’s offerings are, for example, bought by distributor X, which in turn sells to retailer Y, which sells to an individual—so the actual user is not the purchaser. In today’s online math houses, by contrast, actual users are increasingly interacting directly with the company—buying and giving feedback without any intermediaries. The companies can track and even predict consumer preferences in real time and adjust strategies and offerings on the run to meet changing demands, which gives consumers leverage they never had before. The data accumulated from these interactions can be used for a variety of purposes. A company can map out in extreme detail all touch points of a user or buyer, gather information at each touch point, and convert it to a math engine from which managerial decisions can be made about resource allocation, product modification, innovation, and/or new product development. The data can also be used as a diagnostic tool—for example, it can reveal signals and seeds of potential external change and help identify uncertainties and new opportunities. It can point to anomalies from past trends and whether they are becoming a pattern, and help spot new needs or trends that are emerging and could make a business obsolete.

Indeed, the math house is shaping up as a new stage in the evolution of relations between businesses and consumers. The first stage, before the Industrial Revolution, was one-to-one transactions between artisans and their customers. Then came the era of mass production and mass markets, followed by the segmenting of markets and semi-customization of the buying experience. With companies such as Amazon able to collect and control information on the entire experience of a customer, the math house now can focus on each customer as an individual. In a manner of speaking, we are evolving back to the artisan model, where a market “segment” comprises one individual.

The ability to connect the corporation to the customer experience and touch points in real time has deep implications for the organization of the future. It speeds decision-making and allows leaders to flatten the organization, in some cases cutting organizational layers by half. A large proportion of traditional middle-management jobs (managers managing managers) will disappear, while the content of those jobs that remain will radically alter. The company’s overhead will be reduced by an order of magnitude. In addition, performance metrics will be totally redesigned and transparent, enhancing collaboration in a corporation—or its ecosystems—across silos, geographies, time zones, and cultures.

To some degree, every company will have to become a math house. This will require more than hiring new kinds of expertise and grafting new skills onto the existing organization. Many companies will need to substantially change the way they are organized, managed, and led. Every organization will have to make use of algorithms in its decision-making. The use of algorithms will have to become as much a part of tomorrow’s management vocabulary as, say, profit margins and the supply chain are today. And every member of the executive team will need to understand his or her role in growing the business.

Ram Charan is a veteran adviser to many Fortune 500 companies and co-author of the bestselling book, Execution.