Oil, fear, and the rational investor 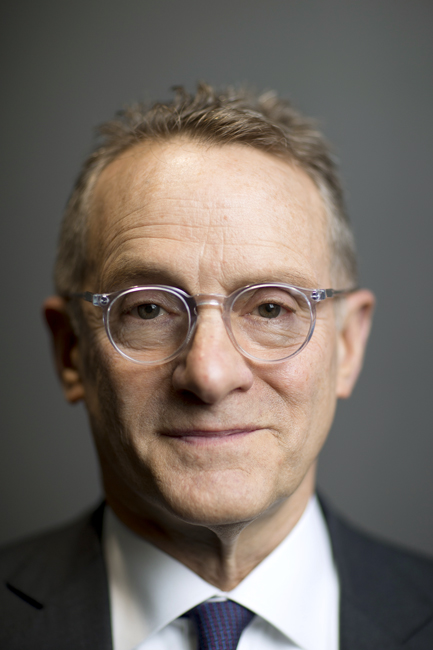 Over the past two decades, Howard Marks has transformed Oaktree Capital from a private distressed-investment shop to a publicly traded powerhouse overseeing $93 billion in multiple types of assets, all while establishing himself as a financial sage via his much-discussed letters to investors. Last year Oaktree (OAK) hired its first CEO, in part so that Marks, now a co-chairman, can focus on investment strategy. A vulture investor, he has started to get aggressive in recent months—he’s been buying distressed debt from European banks—as plunging oil prices have reshaped the markets. In an interview, he offers insights on the vanity—and fears—of many investors, and why now may be a good time for shipping-company stocks. Edited excerpts:

A change in market conditions can happen very fast. When other people are complacent, confident, composed, and optimistic, asset prices will be high and we should be very careful. That’s the way things were as recently as September. By December, I think that bull-market psychology had been punctured somewhat. People had turned toward being pessimistic, depressed, unsure, and disillusioned. Usually such people sell in a pack and prices go low, and that is when we can turn aggressive. I like to buy from a disheartened holder of assets, not a cocky one. And that’s what changed.

U.S. stocks were actually higher in December than in September. Was it more a psychological puncture based on oil prices?

Yes—but you can’t automatically say, “Stock prices fell because the price of oil fell.” Cheaper oil isn’t necessarily bad for all economies and companies. Rather, people switched from “It’s all good” to “Something’s wrong,” and from “I understand everything that’s going on” to “The world is a more complex and confusing place than I thought.” That tends to have a negative effect on the prices of stocks and bonds, even those that aren’t connected to the underlying event.

Oil prices have fallen 50% in a few months. Are people being too emotional?

It’s often easy after the fact to find ways that the analysis was wrong. After the fact, people say I missed this or that. If it is so obvious in retrospect, why wasn’t it obvious then? This is how bad analysis works. First, the oil market has price elasticity. Some said [when prices were high] that consumption is inelastic, and that’s a big mistake. When gasoline was up around $5, people were driving less.

There are also theories that the Saudis—who have a low cost of production and a lot of money in the bank—want to have the price of oil be low to punish some parties or discourage other parties. This theory goes back to the Rockefellers, who opened gas stations and put prices at less than cost to drive out competitors. Who knows if this is happening? The point is that the price of oil is not a free-market good and hasn’t been for a very long time.

So what should investors do?

In theory and in the long run, oil prices may have a positive under-lying trend. But economic models don’t necessarily work in the short run. If the price of a good is artificially supported, as the price of oil has been, you can’t necessarily predict future trends by extrapolating from the present level. It was above $100 for almost four years and seemed “right” there. But $100 oil sure seems like a pipe dream now.

You’ve liked shipping for a while. Are you still interested?

Cheaper oil makes it more economic to operate ships. Same for airlines. Airlines move people, and when air tickets become cheaper, they move more. Shipping moves goods, and when the cost of shipping goes down, more goods should move. For the most part, low oil prices are good for shipping.

It’s a big debate. Cheaper oil should encourage consumption. I think lower oil prices will be a plus in the U.S.   Money spent on fracking and shale is less likely to be spent, and all the money spent by people doing the work will be negatively affected. But the net effect on the U.S. is positive. People have compared lower oil prices to a $1.3 trillion tax cut. What would happen if Washington enacted one of those tomorrow? We know that would be positive.

What conversations are driving your investment decisions now?

I always imagine conversations that are going on inside people’s heads. The conversation I imagine people are having in the last year or few years is the idea that “I need return. Money markets are yielding zero, and Treasuries are yielding 2%, and I need 8%.” Maybe they don’t think or say it explicitly, but I think they are saying, “If I can’t get 8% safely, I’ll get 8% unsafely.”

So you think investors are taking too much risk in the bond market?

Since people can’t get the returns they used to get doing the things they used to do, they have been taking bigger chances. They may be buying riskier debt than they used to, at lower yields, and with weaker terms and covenants. It’s okay to do these things as long as you do them knowingly and they’re within your competence (or that of your manager). The worst thing is to increase risk unknowingly when stretching for yield.