Map of the day: iPhone usage, state by state 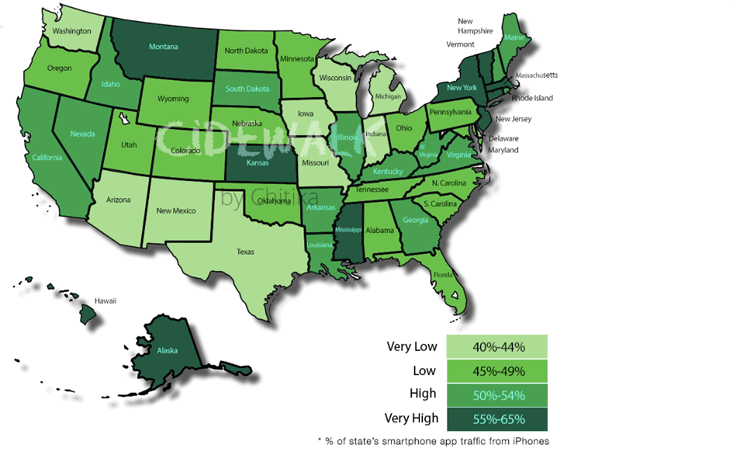 “Are you an iPhone user?” asked CNNMoney’s David Goldman Thursday. “Congratulations! You’re probably smarter than the Android owner sitting next to you.”

Goldman, who seems to have been the first to post this nugget from a Chitika Insights press release, switched in late 2013 Apple to Android. “And I’ve never been happier,” he reported last spring.

Below: The stats. See the Chitika’s release for caveats.