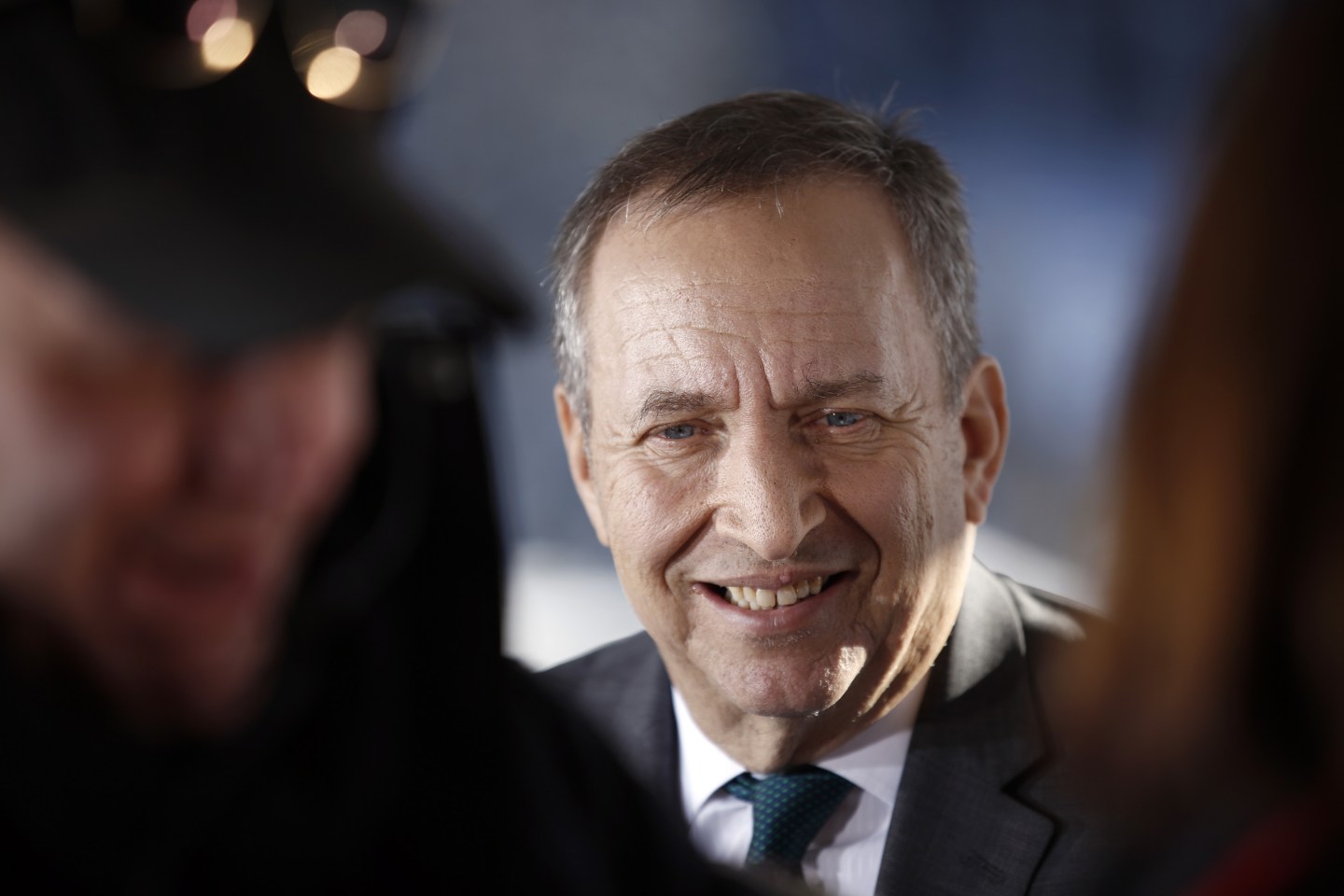 Leave it to Larry Summers to ruin a party.

On Thursday, the European Central Bank is widely expected to announce that it will begin a bond-buying program similar to the what the U.S. Federal Reserve has done with quantitative easing. Many expect QE will generate a huge boost for the European economy, much like it appears to have done in the U.S.. One person not in the group: one of Obama’s former top economic advisors and Harvard professor, Larry Summers.

During a panel discussion at the World Economic Forum in Davos on the eve of the ECB’s QE announcement, Summers threw cold water on what it might do. Summers said that while he was he was “all for” European central bankers buying bonds, he thought we should be less optimistic about what economic benefit it might have.

“Does anyone here really believe that if QE happens, Europe is in hand?” asked Summers. “QE in Europe will be less successful in the U.S.”

The main reason that is the case, Summers said, is that longer-term interest rates, which QE is supposed to drive down to spur economic growth, are already low in Europe. Rates were higher in U.S. when the Federal Reserve first started buying bonds, increasing the potential impact of QE.

Instead, Summers says what Europe really needs is direct stimulus spending by governments. “Europe has to be more creative with its fiscal policy,” said Summers, who has long been an advocate of additional government spending to try to create jobs in the U.S. as well. “We need QE, but it’s not going to do it on its own.”

International Monetary Fund managing director Christine Lagarde, who was on the Davos panel with Summers, said the prospect of QE is already having positive effects. She said a lower euro will help exports and create jobs. “QE in Europe has already worked in anticipation,” said Lagarde. “Look at the currency.”

Summers countered that the drop in the currency has yet to produce a real gain. “That’s why I am worried,” said Summers. “We have already had an impact, and the economic forecast for Europe has not improved.”

The weaker euro hasn’t yet, for example, been able to support business in Italy. New orders to industry fell 1.1% in December and were down 4.1% on the year, well below expectations. However, it has helped to turn around business confidence in Germany, which was badly dented last year by the Ukraine crisis.

The real problem Summers said is that all of Europe seems set on austerity and cutting back government spending at the same time. Summers said that collective belt tightening is going to lead to lower economic growth in Europe.

“It’s like standing up in an audience,” said Summers. “If you do it, you can see better. But if everyone does it at the same time, no one is better off.”