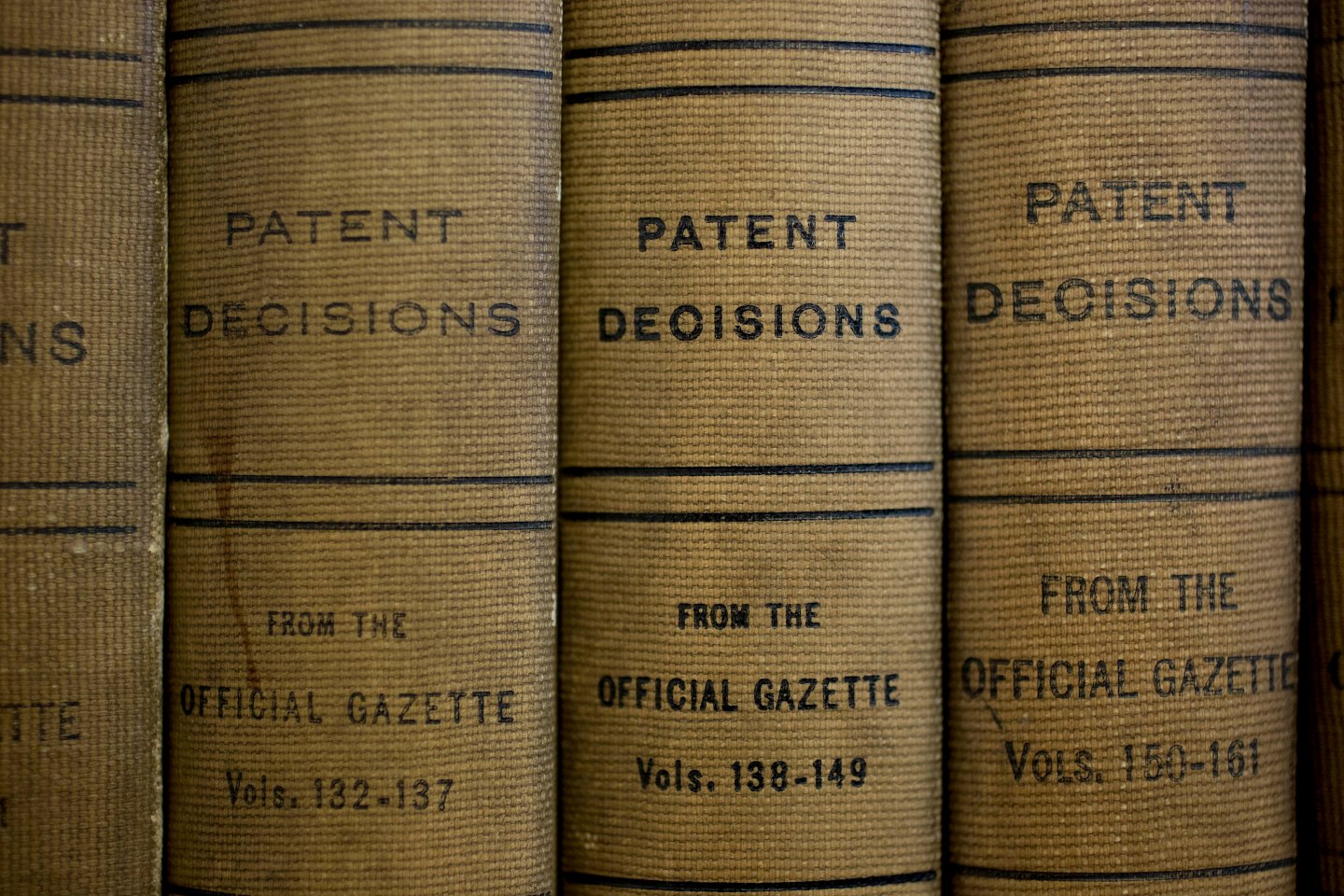 Volumes of patent decisions from the Official Gazette of the U.S. Patent and Trademark Office (USPTO) sit at the headquarters' public search facility in Alexandria, Virginia, U.S., on Friday, April 4, 2014. The Senate Judiciary Committee tomorrow plans to mark up a measure that would curb the activities of so-called patent trolls after pulling back the bill last week in the face of opposition from such companies as 3M Co., AstraZeneca Plc, Monsanto Co. and Procter & Gamble Co. Photographer: Andrew Harrer/Bloomberg via Getty Images
Photograph by Andrew Harrer — Bloomberg via Getty Images

The United States is a land of innovation. New products and services are being invented and marketed every day. A legion of young, talented entrepreneurs is starting countless new ventures, and venture funding is abundant. What could possibly be wrong with this picture?

Unfortunately, a lot. A particularly relentless group of Non-Practicing Entities (NPEs) – “patent trolls” – is putting the future of U.S. innovation at risk. NPEs stockpile patents, not with the aim of producing anything, but just with the goal of suing against infringement. A sizable set of NPEs buy up overly broad patents, then target relevant companies (often startups flushed with venture funding), and file frivolous patent infringement lawsuits with only one goal in mind: to coerce the targeted firms into settling for large sums of money so that they can avoid costly litigation.

In 2013, for example, Lumen View Technology LLC, an NPE based in Cambridge, Mass., used a patent on computerized matchmaking to sue numerous online dating companies. Among the targets was FindTheBest, a small operation Lumen View targeted in hopes of landing a $50,000 settlement. While other companies paid off Lumen View to avoid expensive and protracted litigation, FindTheBest resisted and last year won a $300,000 award from a U.S. District Judge who invalidated Lumen View’s patent and lauded FindTheBest’s ability to fight back. “It appeared that none of the other defendants sued by Lumen made that choice,” the judge wrote. “But for FindTheBest’s financial resources and resolve, Lumen’s predatory behavior would likely have proceeded unchecked.”

Unfortunately, most small companies are unable or unwilling to fight back against trolls. Defending a patent case can cost millions of dollars and can wreak havoc on a young venture. Consequently, NPEs are having a serious negative impact on innovation. Our research has revealed, for instance, that companies hit by NPE lawsuits became gun-shy about innovations, as illustrated by a 20% decline in R&D spending.

Beyond this, we identified some other troubling trends:

· Patent trolls frequently go after companies with significant cash on hand. Firms with an additional $2 billion in cash are more than six times as likely to be targeted by NPEs.

· NPEs are indiscriminate in their targeting. Thus, if there is a technology patent at issue, the NPE will not hesitate to pursue money being generated in another, non-technology-related part of a business.

Although the concept of patent trolling is not new, prior to our study, the impact of trolling activity had been difficult to measure. Unchecked, the trolls are undaunted in their efforts to profit from litigation regardless of how transparent those efforts might be. For example, an East Texas firm called RecruitMe, LLC, purchased a broad patent aimed at online transactions and used this single patent to sue 24 companies for patent infringement over the past year. That same patent was purchased from another firm, Data Match Enterprises, another East Texas operation, which had already sued 11 companies using the patent.

In the already complex and often perplexing field of intellectual property, the presence of patent trolls has caused chaos and confusion. Clearly defined property rights are essential for well-functioning markets. But unlike ownership of physical assets, the space of ideas is difficult to delineate. The patent is intended to solve this complexity by allowing the inventor of an idea to have sole commercialization rights for a period of time, unencumbered by copycats.

Not surprising in an age of vast technology innovation, the battles over intellectual property and patent rights have been growing in intensity. In the United States, the legal system is the arbiter of patent infringement, and the courts are weighed down with patent battles.

It also is not surprising that opportunists would see the potentially lucrative rewards to be had from invading this environment. Our research makes clear the need to check NPEs with more effective legislation that would focus on reducing or eliminating trolling efforts without screening out legitimate patent infringement lawsuits. To do this, legislation should assess large penalties on NPEs whose patents end up invalidated after a lawsuit and impose a mandatory patent review in the form of a pre-court appearance (paid for by the NPE) for any NPE that brings more than a certain number of cases on any given patent.

It is one thing to legitimately protect a patent from infringement. But patent trolls are a completely different species. Their aim is simply to target, intimidate, and extort. The future of our nation depends on a robust and verdant marketplace for new ideas. We can honor and empower innovators only by offering them protection from those looking for a quick buck at their expense.

Lauren Cohen is a professor of finance at Harvard Business School. Scott Duke Kominers is a Junior Fellow in Harvard University’s Society of Fellows. They are coauthors, with Umit G. Gurun, professor of accounting at the University of Texas at Dallas, of the research paper “Patent Trolls: Evidence from Targeted Firms.”