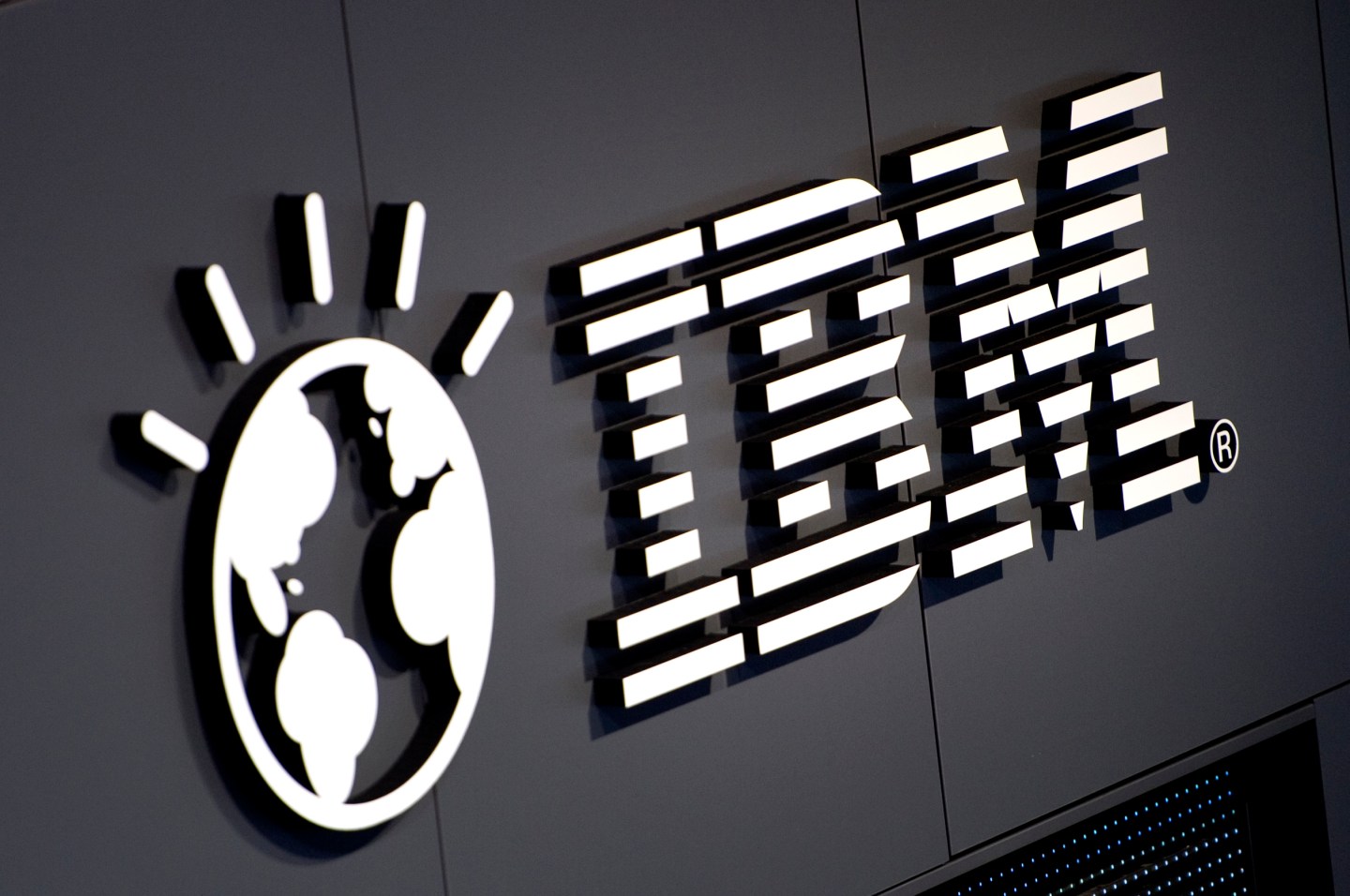 The logo of IBM is seen at their booth prior to the opening of the CeBIT IT fair on March 5, 2012 in Hanover, central Germany. Brazil is the partner country of the CeBIT 2012, which is running from March 6 to 10, 2012. AFP PHOTO / ODD ANDERSEN (Photo credit should read ODD ANDERSEN/AFP/Getty Images)
Photograph by Odd Andersen—Getty Images

IBM Corp (IBM) posted a new 2015 profit target and quarterly revenue that both missed analysts’ estimates, as the one-time world technology leader continues to grapple with its journey from low-margin hardware maker to the new world of cloud computing.

It was the 11th straight quarter that the Armonk, New York-based company has reported falling quarterly revenue, including the effects of currency. IBM, which is still the world’s largest technology services company, but no longer regarded as a leader in innovation, has seen shrinking revenue for three years now as it sheds low-profit businesses such as cash registers, low-end servers and semiconductors and tries to focus on emerging areas such as security software and cloud services.

But the new businesses have so far failed to make up for revenue lost to divestitures. Annual revenue fell to $93 billion for 2014, from $107 billion in 2011. The company had no guarantee that it would not fall further.

“We’re not interested in revenue for revenue’s sake,” IBM Chief Financial Officer Martin Schroeter told Reuters in a phone interview. “We’ll continue to divest if something doesn’t fit the model.”

The struggle to make headway in the new Internet-based technology industry is shared by other longstanding giants. SAP SE, Europe’s largest software group, on Tuesday cut key profit forecasts and abandoned a target for higher margins.

“IBM as well as other tech stalwarts such as Oracle, SAP, HP and Cisco face major headwinds as they adjust to this new cloud paradigm shift,” said Daniel Ives, an analyst at FBR Capital Markets.

IBM last year withdrew its long-term plan to hit $20 per share in operating earnings for 2015, as it recognized that its transition was faltering.