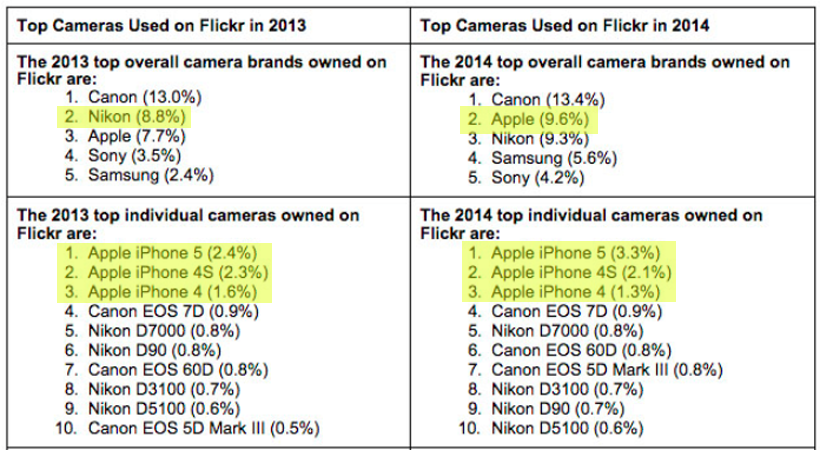 The best camera, as Chase Davis put it, is the one that’s with you when there’s a photo to be taken.

By that measure, Canon is still the best — at least on Flickr, the granddaddy of photo-sharing sites.