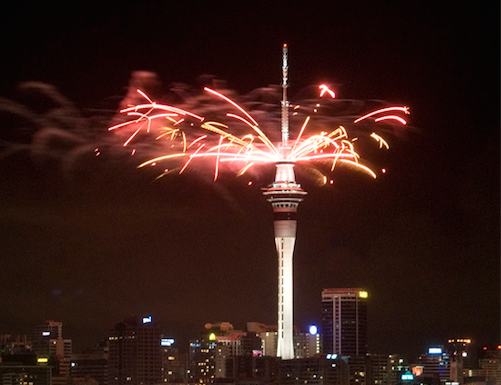 This post is in partnership with Food & Wine. The article below was originally published at FoodAndWine.com.

For those trying to ring in the New Year first, getting to the tiny island of Kiribati in Micronesia will undoubtedly be a hassle. Auckland clocks in a close second, with thousands of locals congregating around the Auckland Harbour to watch as fireworks shoot from the city’s massive Sky Tower.

Taking a cue from New York’s Times Square, Bangkok’s Central World Mall has a 69-foot ball drop at midnight—but with an infinitely better climate and with Thai pop stars subbing for Dick Clark. It’s customary to make offerings of food, candles and flowers to monks at the nine sacred Buddhist temples, like Wat Phra Kaew and Wat Pho.