We watched and live-tweeted ‘The Interview.’ Here’s what went down. 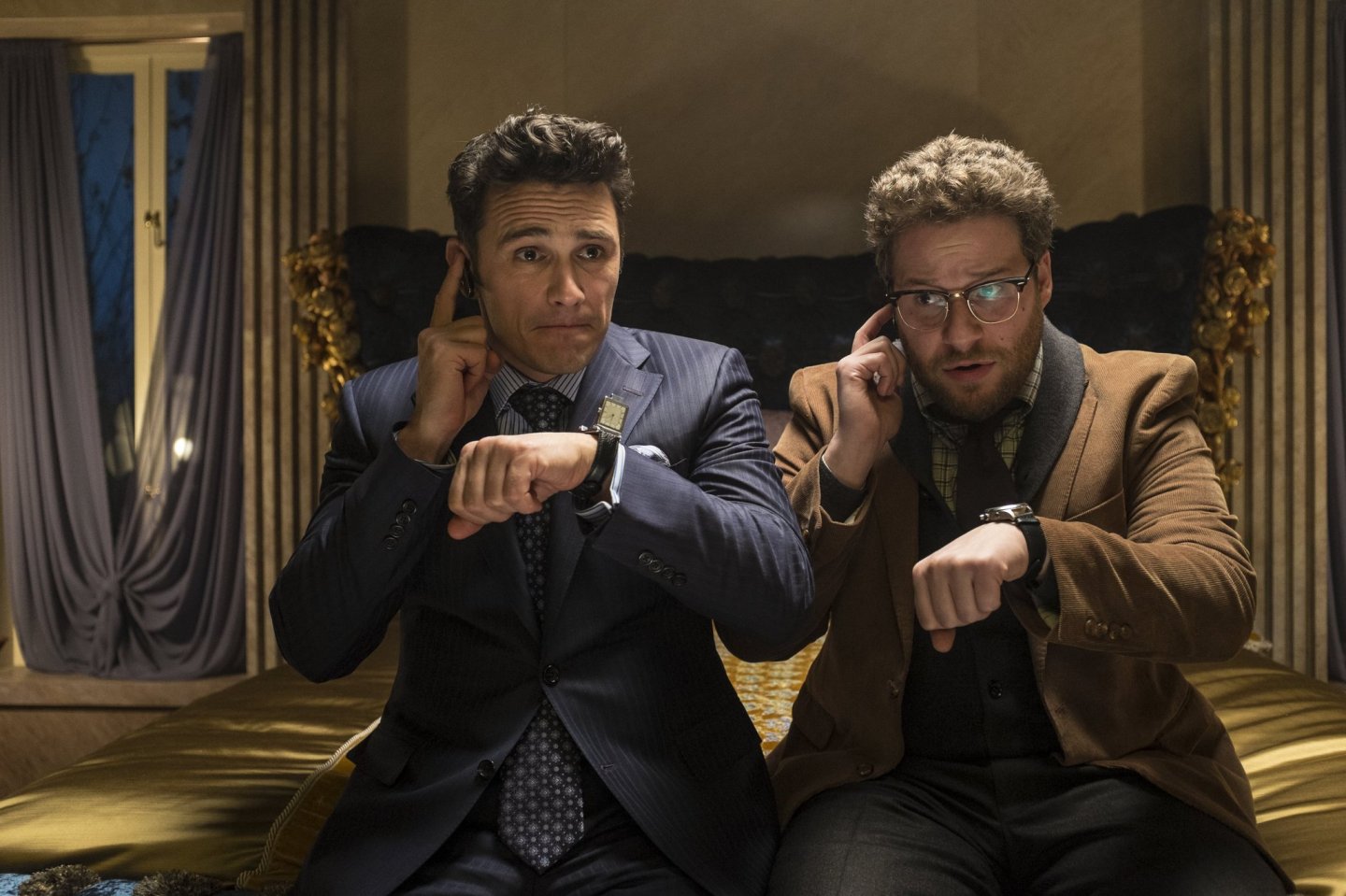 Sony premiered the controversial comedy The Interview online Wednesday ahead of releasing it to nearly 300 theaters on Christmas Day.

After initially shelving the film following a hacker attack, the movie studio switched course and debuted it on Google’s (GOOG) YouTube, Google Play, Microsoft (MSFT), Xbox Video and on its own website.

Fortune watched the film, which is based on a silly plot to assassinate North Korean leader Kim Jong-un, and live-tweeted our impressions along with the circus around the event. What we saw was a juvenile buddy movie that has, oddly, become a monument to free speech.

Freedom of speech has prevailed! See #TheInterview at select theaters near you this Xmas: http://t.co/aEyyXDy8a0 pic.twitter.com/S1iQNbsljO

We watched the film on YouTube (cost: $5.99) without any technical glitches. However, some people reported problems, particularly with mobile streaming.

Here is a rundown of our live-tweeting about the film (don’t bet on it winning any Oscars) and interesting tweets by others:

Watching #TheInterview now for @FortuneMagazine. You can, too, on YouTube, among other sites, at: https://t.co/6K3htH0rvm

Seamless streaming so far for #TheInterview on @YouTube. Sharp quality, easy to pay, etc. About 15 mins into the movie and no hiccups.

Waiting for that killer business-related quote from #TheInterview to tweet out. Nothing so far and over 20 minutes in.

There's a very intense conversation about margaritas and @katyperry in the #TheInterview around minute 55. Just FYI.

"Why don't you feed your people?" – getting very serious near the 90-minute mark from #TheInterview.

Minute 100: I think my ears have become completely immune to the sound of machine guns. 19 minutes left. #TheInterview

Also, I don't think I can ever listen to a @katyperry song the same again. Especially Firework. #TheInterview

But between machine guns going off incessantly + explosions, there's a cute puppy being held by @JamesFrancoTV. That's cool. #TheInterview

Interestingly, the cost of renting the film and buying it is much lower than if you view it in theaters:

James Franco, one of the stars of the film, was elated about the news and tweeted in earnest about its availability online:

Seth Rogen, his co-star, also took to Twitter to apologize that the service was not yet available to his fans in Canada:

CANADIANS! Sincere apologies but #TheInterview is not available 4 u 2 download yet BUT will be soon. We are working on it!

And after nearly two hours, we signed off:

And with that, my friends, it's a wrap on watching #TheInterview. Check it out. Story coming soon on @FortuneMagazine.

For more Fortune coverage of The Interview saga, read: