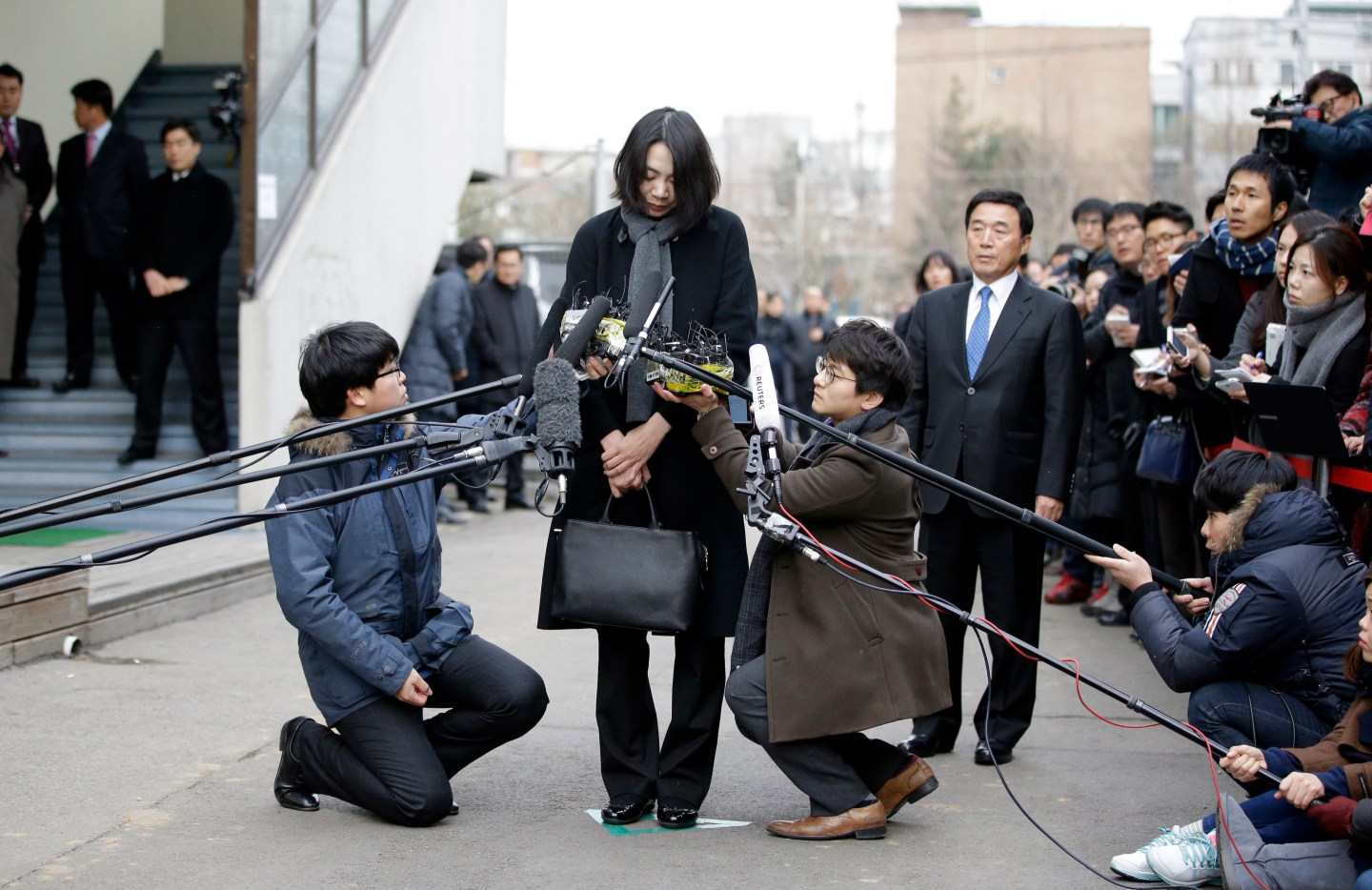 Weeks later, the flames of the “nut-gate” scandal continue to rage in South Korea.

The latest news? The woman at the center of the scandal is the subject of a requested detention warrant from South Korean prosecutors.

A little backstory: In early December, Cho Hyun-Ah — the daughter of Korean Air’s president and herself a vice-president at the company — was served macdemia nuts in a paper bag rather than a dish as she prepared to take off from New York’s JFK Airport. She did not like this, to put it kindly.

Cho used her position to force the plane back to the departure gate and had the person who gave her the nuts removed. While her actions led to a delayed departure, as Fortune‘s Geoff Smith points out, the plane actually only arrived 11 minutes late. (Frankly a dream scenario for anyone who’s ever flown into Chicago O’Hare).

So, people in South Korea weren’t exactly happy with the prima donna behavior of Cho, and it has become a national scandal. Cho herself resigned, and her father called her “foolish.” But that apparently isn’t enough, as now she is being accused of violating aviation law. Reuters also notes that investigators are looking into whether or not Cho physically assaulted anyone on the plane, as has been alleged by some.

Detention warrants are issued in South Korea when it is believed someone could try to flee or tamper with evidence while the investigation is going on. Meanwhile, the Associated Press reports that there have been alleged attempts by Korean Air to foil government investigators. Questions about the investigation have been raised because a majority of the nation’s transport ministry’s investigators previously worked at Korean Air, South Korea’s largest air carrier, the AP reports.

Another Korean Air official is also under investigation, being suspected of abetting perjury, according to Reuters.