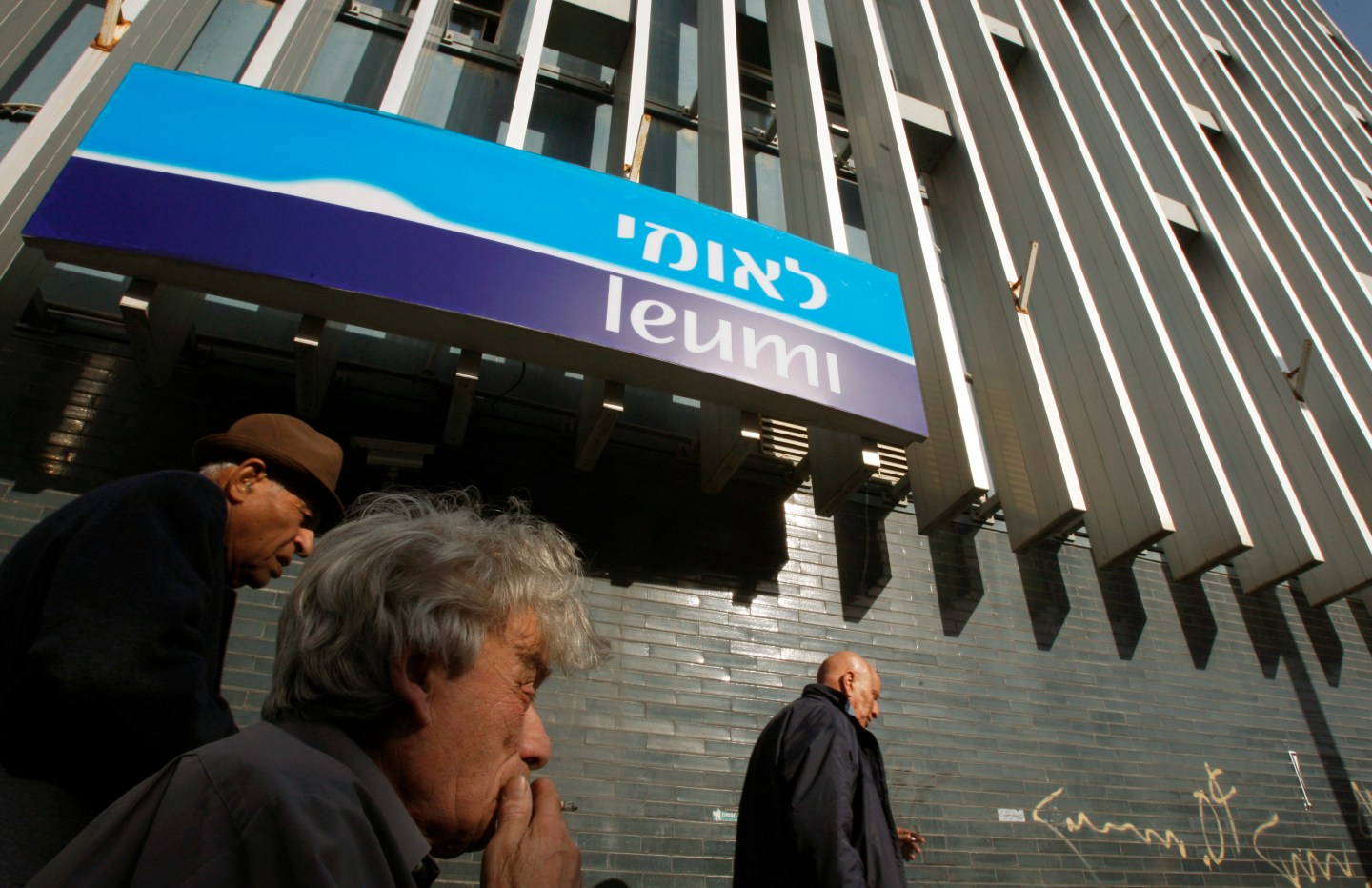 The lender also fired some senior employees who engaged in misconduct and agreed to have an independent monitor review its compliance programs, the New York State Department of Financial Services said in a statement.

Bank Leumi had been negotiating for months with the U.S. Department of Justice and New York state to settle an investigation of possible tax evasion.

The bank will pay the U.S. government a total of $270 million and the state department will receive $130 million.

“What’s worse, when certain Swiss banks began to put the brakes on this type of misconduct, Bank Leumi instead hit the accelerator even harder – viewing it as a ‘golden opportunity’ to pick up new business,” Lawsky said.

Bank Leumi officials were not immediately available for comment.

Bank Leumi Luxembourg and Leumi Private Bank will also cease to provide banking and investment services for all accounts held by U.S. taxpayers, the Justice Department said in a statement.

U.S. efforts to crack down on Americans using offshore banks to evade taxes have largely focused on Swiss banks, but lenders in other countries are also under scrutiny.

The investigation of Israeli banks started in 2011, two years after Swiss bank UBS AG was fined $780 million and it had to hand over client data to the United States.

Credit Suisse agreed in May to pay more than $2.5 billion in penalties for helping Americans dodge taxes.

(This story and its headline were updated with new information)