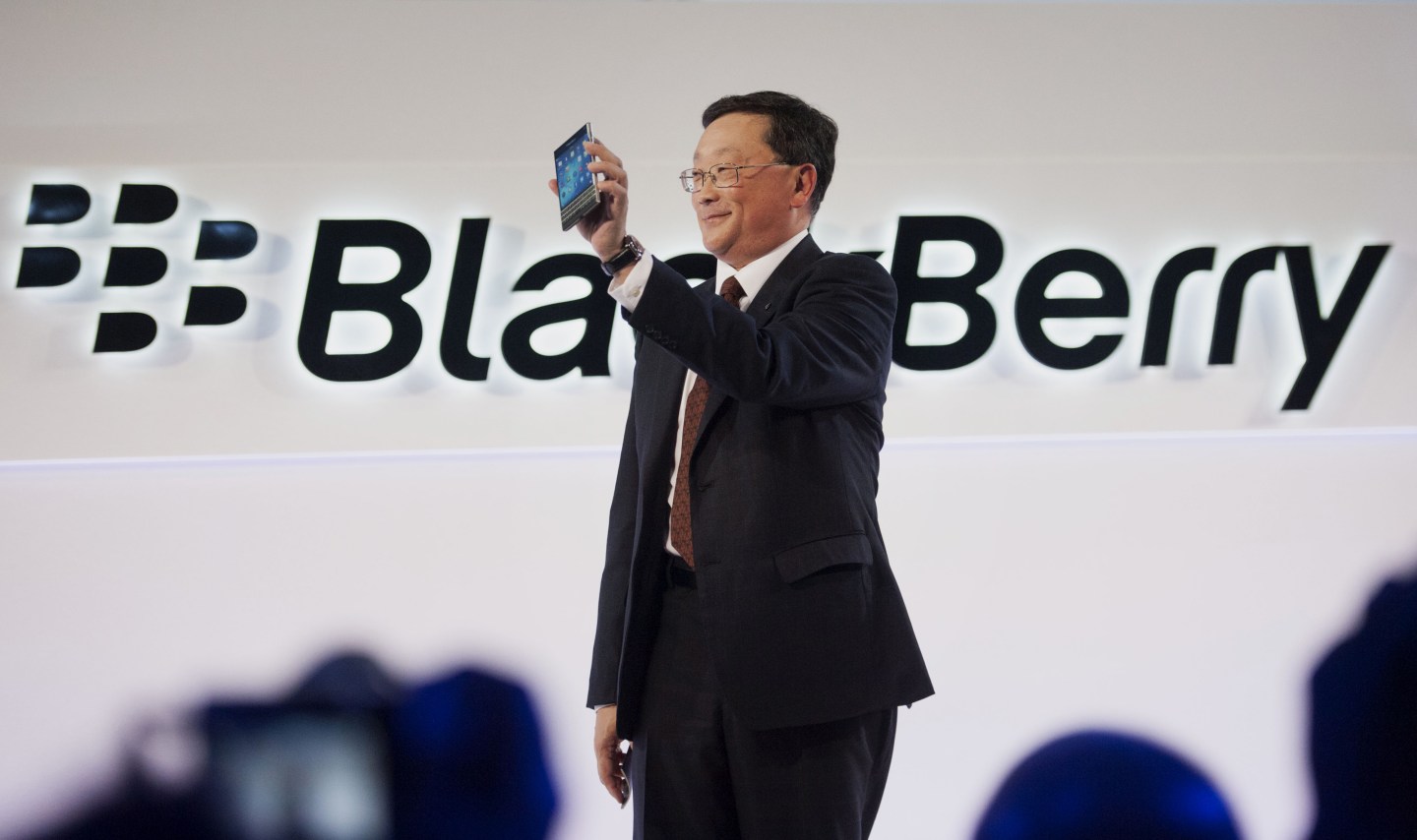 John Chen, chief executive officer of BlackBerry Ltd., displays the new Passport smartphone during a product announcement in Toronto, Ontario, Canada, on Wednesday, Sept. 24, 2014. The square-screened Passport is BlackBerry's first major new device slated for a global introduction since Chen set out in November to turn around the company by shifting away from the consumer market toward business and professional users. Photographer: Hannah Yoon/Bloomberg via Getty Images
Photograph by Hannah Yoon — Bloomberg/Getty Images

Cash flow was positive $43 million in the third quarter, while the company had negative cash flow of $36 million in the second quarter. BlackBerry had said it was targeting break-even cash flow by the end of the fiscal year in February 2015.

“The fact that he overachieved by turning cash flow positive this quarter. That’s a great milestone,” said Gillis. “It gets easier from here.”

Excluding, a one-time non-cash debenture charge and restructuring charges, the company reported a profit of 1 cent a share. Analysts polled by Thomson Reuters I/B/E/S expected a loss of 5 cents.

BlackBerry also said Friday it has completed its acquisition of Secusmart, a privately held firm that specializes in voice and data encryption.

Waterloo, Ontario-based BlackBerry agreed to buy the German maker of encryption and anti-eavesdropping services in July, in a move to burnish its credentials with highly security-conscious clients like government agencies. The terms of the deal were not disclosed.

Secusmart’s technology is being used to protect the devices of government officials in both Canada and Germany, including the BlackBerry device used by German Chancellor Angela Merkel.