All the Eurozone wants for Christmas is a new Greek President 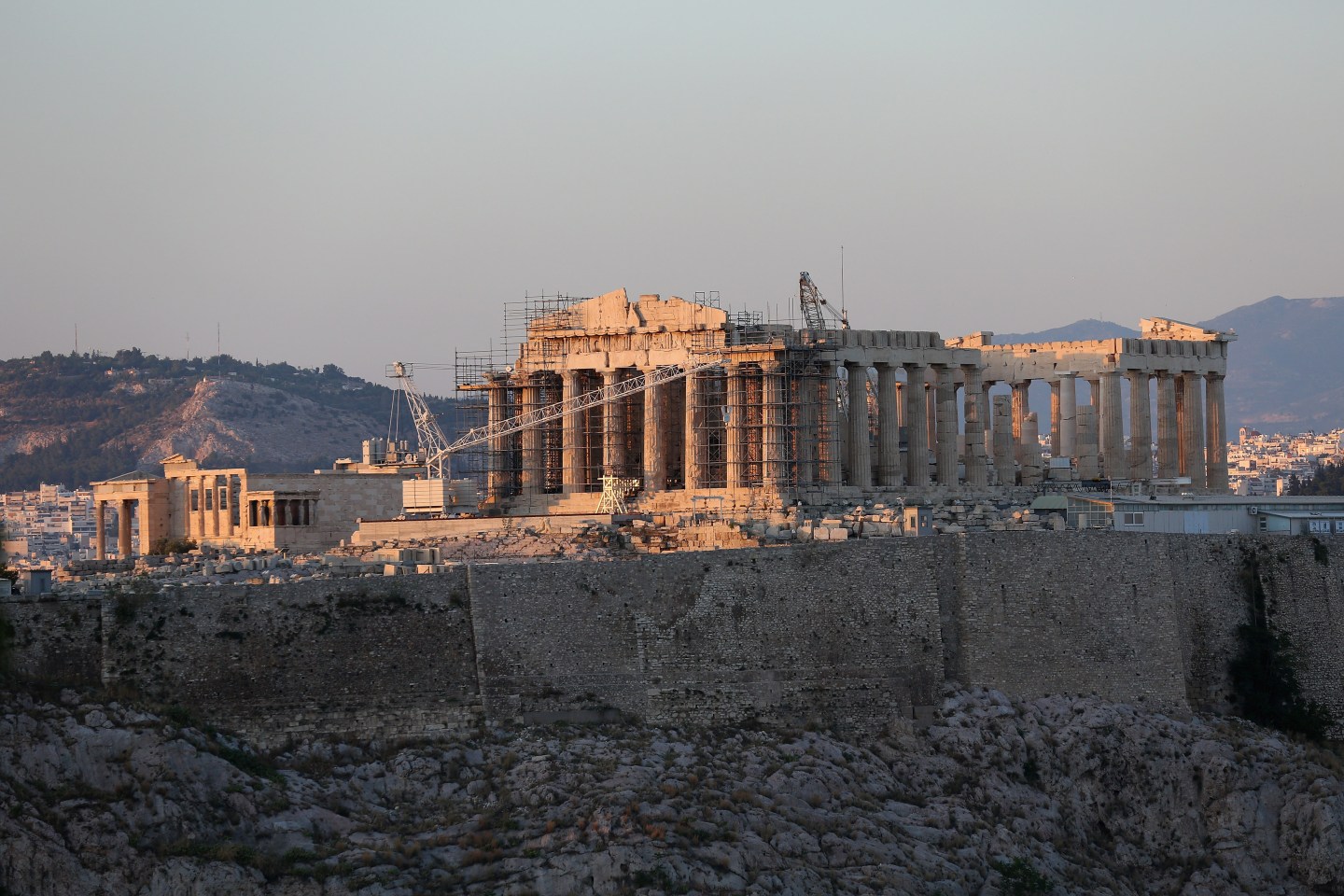 ATHENS, GREECE - JUNE 11: The Parthenon on the Acropolis at sunset on June 11, 2012 in Athens, Greece. The Greek electorate is due to go to the polls in a re-run of the general election on June 17, 2012 after no combinations of political parties were able to form a coalition government. Recent opinion polls have placed the anti-bailout party 'Syriza' equal in popularity with the pro-bailout 'New Democracy' ahead of Sunday's general election which could determine whether Greece retains the Euro as its currency. (Photo by Oli Scarff/Getty Images)
Photograph by Oli Scarff — Getty Images

Vladimir Putin has just put off financial disaster in Russia, Germany is picking up again, and there is still every sign that the European Central Bank will be throwing more money at reflating the Eurozone economy in the new year.

What could possibly go wrong? Greece, that’s what.

We’ve already reported on Prime Minister Antonis Samaras’ gamble to get a vote of confidence in his government that would allow the country to exit the country’s 4-year rehab program pretty much on his terms.

To sum up, the (single-chamber) parliament has to elect a new president, or else be dissolved and re-elected. Samaras’ government has 155 of the 300 seats in parliament, enough to govern with from day to day, but not the 200 required to elect a president.

Polls suggest his center-right New Democracy Party would lose an election to the radical left-wing party Syriza, which has talked openly of using default as a weapon to get better terms from the creditors, ends up leading those talks.

The new government would have to finalize negotiations with the Eurozone and International Monetary Fund, which will probably involve one last last round of austerity measures (or at the least the completion of previous rounds).

If the talks break down, then the whole fabric of the Eurozone’s patchwork repairs during the debt crisis may start to unravel. It’s unlikely, because the currency union has done a lot to strengthen its institutional safety nets since 2010, but it is still possible, because there is still, ultimately, no single treasury backing the single currency, no political agreement by which the reserves of Germany, France et al. can guarantee the debts of Greece, Spain, Portugal and, most importantly (because of its size), Italy.

Even ECB President Mario Draghi’s promise to do “whatever it takes” to save the euro hasn’t yet been seriously tested.

In the first of three rounds of voting allowed by the Greek constitution, the coalition government couldn’t persuade a single opposition lawmaker to vote for their candidate, Stavros Dimas. A second round is scheduled for next week. If they still can’t muster 20o votes, then a final vote is pencilled in for Dec. 29, at which the threshold would fall to 180. Still quite a task for an unloved regime implementing cuts at the behest of foreign creditors.

The government may yet persuade some opposition lawmakers to back Dimas. Some parties like the Independent Greeks (which broke off from ND) could easily be wiped out in a new election. (The IG leader alleged Friday that his deputies were offered bribes to vote for Dimas–to strenuous denials from the government parties). Only Syriza and the far-right Golden Dawn are probably beyond the reach of compromise, especially if Samaras ditches Dimas and presents a candidate of the moderate left.

That’s more likely to work than the clumsy attempts this week by Eurozone politicians to weigh in on the government’s side.

However, it may also be that Samaras doesn’t want a compromise, and would rather exit government temporarily to Syriza, confidant that chaos would ensue and that he would be swept back to power in a few months’ time.

Either way, nothing in the Eurozone gets done without brinkmanship, especially when it involved Greece. This is going down to the wire on the 29th.