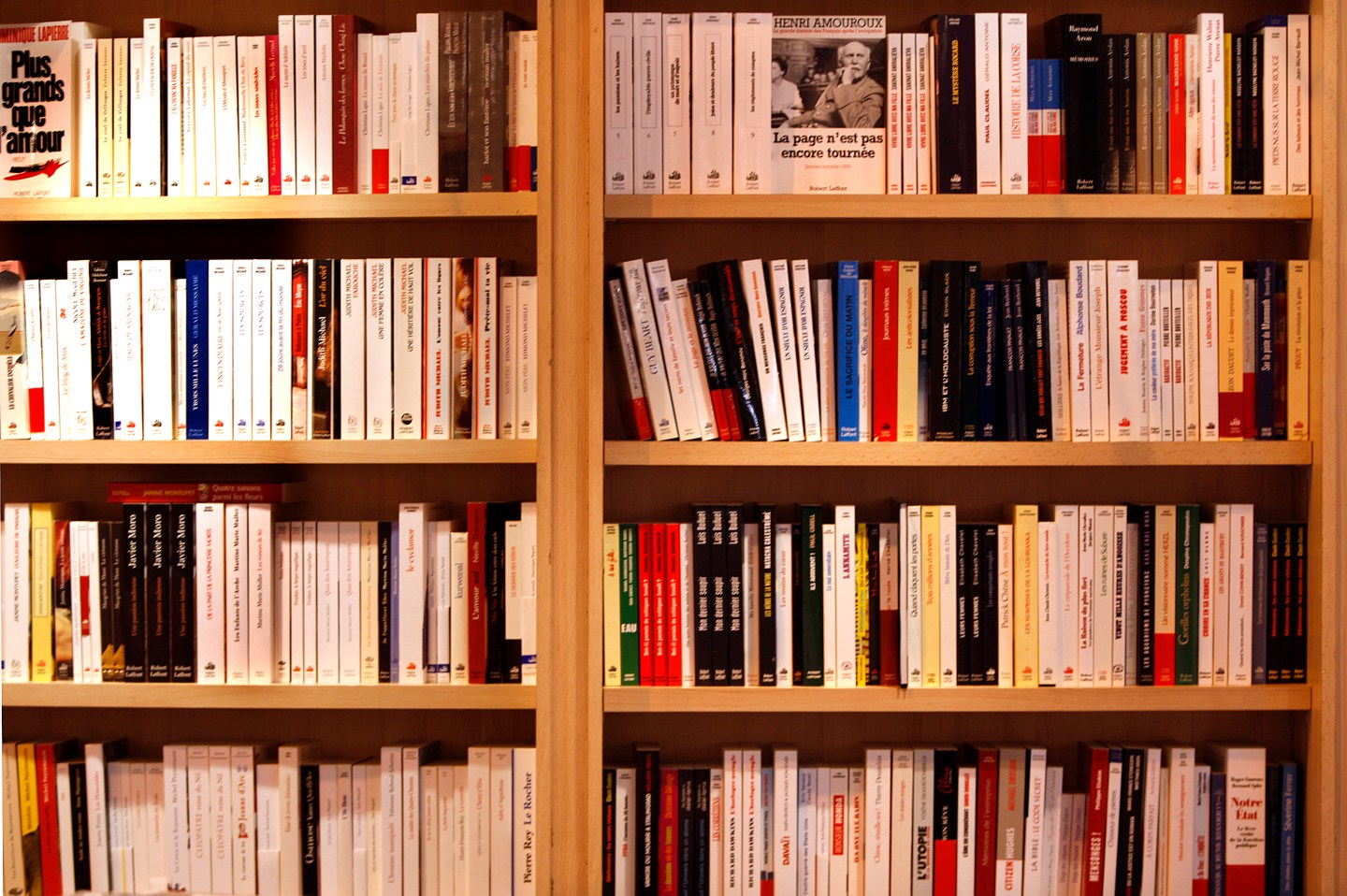 Whether on paper, iPad, Kindle, Kobo, or Nook, whether bought online or in a store or borrowed from a library, we still read a lot of books. And 2014 brought some great reads—not just business titles, but essay collections, short stories, and novels. This isn’t a “best books of the year” list, but simply our own (unranked) favorites that were published this year, hand-picked by Fortune staffers. Consider this a recommended reading guide that should last you into the holidays and beyond.

The Glass Cage: Automation and Us by Nicholas Carr

This deep dive into everything from wearables to driverless cars is a fascinating look at how automation changes the way people think and act. It raises some serious questions about the future of technology and artificial intelligence. —Alan Murray, managing editor

No Exit: Struggling to Survive a Modern Gold Rush by Gideon Lewis-Kraus

This Kindle single about the struggle and rush of creating a tech startup in San Francisco deserved all of the praise it received from inside and outside the startup world. It is a great antidote to all the tales of billion dollar unicorn valuations and "crushing it." Do not read if you just quit your job to start a startup. —Erin Griffith, writer

The Third Plate: Field Notes on the Future of Food by Dan Barber

It turns out that Dan Barber, the mastermind behind the award-winning restaurant Blue Hill at Stone Barns, can write as well as he cooks. In this chef's treatise on the future of food, sustainability, and how we eat, he takes readers through the journey that led him to his current food philosophy. And he gets his message across on the importance of local, sustainable agriculture, without being preachy. —Beth Kowitt, writer

China's Second Continent: How a Million Migrants are Building a New Empire in China by Howard French

This book tells the awesome story of the one million Chinese living in Africa and what this motley group of people is doing on the continent. —Scott Cendrowski, writer

Capital in the Twenty-First Century by Thomas Piketty

It was the year's most surprising bestseller: half a million copies sold, which is astonishing for a 685-page economics tome. But people should make the time to read this book for Piketty's ground-breaking research, and for his arguments on inequality that shaped the political discourse this year (and will for years to come). And it's probably worth owning even if just to display on your coffee table. —Anne VanderMey, reporter

(Read: How America fell in love with a 685-page economics treatise)

Does Pete Rose belong in the Baseball Hall of Fame? That's the question at the heart of this investigation by one of our Time Inc colleagues, Sports Illustrated's Kostya Kennedy. This is the best sports book of the year and ought to be taken as the definitive book on the mystique around baseball's most divisive living figure. Kennedy devotes equal time to Rose's talent on the diamond and his misdeeds off it. By the end, I'm not sure those with strong views one way are going to have had their minds changed, but every reader will better understand the nuances involved. —Daniel Roberts, writer-reporter

The Glass Closet: Why Coming Out is Good Business by John Browne

When Tim Cook came out this year, the Apple CEO joined a very small group of successful, out executives that also includes former BP CEO John Browne, who was outed by a British tabloid in 2007 at the age of 59. In his new book, Browne offers a candid look at living a double life. It is a deeply honest and heartfelt memoir of personal discovery that also shows how companies can create cultures of openness. "Gay people should not sacrifice their own happiness to appease someone with antiquated beliefs," he writes. It is a must read for anyone who cares about social responsibility. —Christopher Tkaczyk, senior editor

A Short Guide to a Long Life by David B. Agus

This doctor's little volume of health advice is beautiful and digestible. Of the book's 65 topics, this one is my favorite: Deal with Sickness Smartly. Get zinc and let it melt. —Pattie Sellers, senior editor at large

The Zone of Interest by Martin Amis

How do you make The Holocaust romantic? You don't, you can't, so for this novel, set at a concentration camp, Amis almost takes a "just the facts, m'am" approach. It's part love story, part survival saga, and likely Amis's biggest (certainly bravest) achievement to date. One character is in love with another, but there's nothing romantic or sexy about it. Another character considers rebellion, but the daily task he already performs is so atrocious that there isn't any real possibility of glory in his future. The "Holocaust novel" is a trend as overstuffed as the "9/11 novel," but this book is different. No character is happy and death is all around them, and yet, the story is compulsively readable. —Daniel Roberts, writer-reporter

Kissinger is still our clearest thinker about geopolitics. His discussion of how to meld American idealism with traditional balance of power concerns is brilliant, if not conclusive. But prepare to learn more than you ever wanted to know about the Treaty of Westphalia. —Alan Murray, managing editor

The Peripheral by William Gibson

From the moment you crack the cover, you’re jacked in, you’ve entered Gibson’s pagespace. It’s elegiac, erratic—a glum, glorious ride that doesn’t wait for you to catch up. It has heft. —Robert Hackett, reporter

Roxane Gay's book perfectly captures society’s current confusion with what, exactly, makes a "good" feminist. These essays dryly tackle the complexity of cultural correctness with equal parts aplomb, wit and vulnerability—and provide comfort for those feminists who sometimes love a "Real Housewives" marathon as much as they love Gloria Steinem. —Colleen Leahey, reporter

Age of Ambition by Evan Osnos

Osnos's deep-dive on China, which won the National Book Award this year, was selected by two staffers.

This is a must read for anyone trying to understand more about modern day China and the people behind the trends happening here. —Scott Cendrowski, writer

The best book I’ve read about modern day China. It should be a must-read for anyone trying understanding what is going on there. —Alan Murray, managing editor

The Laughing Monsters by Denis Johnson

This quick-and-dirty novel about an intelligence operative getting into trouble in Africa would be the perfect choice for a businessperson looking to get a dose of fiction. The protagonist ("hero" would be the wrong word), Nair, claims he's with a division of NATO, but his backstory is murky, as are the backstories of all three characters here. In The Laughing Monsters, all that matters is the present. Nair's old friend Michael Adriko is a huge, imposing African, ex-military, and is dragging his new American fiancee with him while he appears to be on the lam. Watching Nair and Adriko do business together, and lie to others and to each other, is intriguing, and sort of scary, and occasionally funny, but most of all, it's fun. —Daniel Roberts, writer-reporter

The Sixth Extinction: An Unnatural History by Elizabeth Kolbert

This scientific tour of imperiled species and ecosystems is beautiful and important, though not exactly a feel-good read. The science gleams in her storytelling. But don’t pick it up if you’re looking for a happy ending. Spoiler: Humans are killing everything. —Robert Hackett, reporter

The Dog by Jack Livings

An international editor here at Time Inc., Jack Livings spent time in China as both a student and a teacher, and it shows. These eight short stories, all set in China, are slices of life-- often brutal ones-- observed with an unflinching eye. A woman is humiliated by her husband in front of family members. A young man's grandfather allows him to get beaten. Workers are worked literally to death on the construction of a massive crystal monument to Mao Zedong. These may sound like they'd be unpalatable topics, but the stories are exciting, and moving, and you feel smarter after reading them. —Daniel Roberts, writer-reporter

Edge of Eternity by Ken Follett

Follett’s Century Trilogy follows five intertwined families from World War One to the present. This, the final volume, begins in the 1960s and ends with the election of Barack Obama. I found this fictionalized account of a period of history that I’ve lived through fascinating. It’s filled with drama, strong characters, and lots of sex. The characters include a woman who is having an affair with JFK, a rock star, a Kremlin aide, and a woman who works for Martin Luther King. I loved every minute of it. —Susan Kramer, researcher

This chronicle of eight young Wall Street eager-beavers and the costs of their lucrative-but-miserable banking jobs won't surprise readers who work in finance or media, but it will certainly entertain. Roose got a lot of great access and fun anecdotes, and reminds us that, for many young people, the money is still very much worth the pain. —Daniel Roberts, writer-reporter

We all love to read the fairytale stories of winning entrepreneurs like Mark Zuckerberg or Evan Spiegel. Thing is, most startups don’t follow the dorm room-to-billions script of Facebook or Snapchat. The Hard Thing About Hard Things is brutally honest. Horowitz dishes out valuable lessons for entrepreneurs derived from the roller-coaster rides of companies like Opsware and Netscape. The tips—on how to fire a friend, how to build a culture (no, it’s not about perks), and how to negotiate a deal when your company is on life support—are mixed with colorful tales from Horowitz’s upbringing in Berkeley and sprinkled with quotes from his favorite hip-hop artists. It makes for a compelling read, even for those of us who are not running startups. —Miguel Helft, senior writer

Dataclysm: Who We Are (When We Think No One's Looking) by Christian Rudder

As someone who covers online dating, this book was like candy for me. A co-founder of OkCupid and the one responsible for its mega-popular OkTrends data lab, Christian Rudder harnesses the swelling interest in data and stats, and makes it fun. While some of the mind-blowing findings presented here have already been touted elsewhere—like the fascinating one about men, even into their 50s, continuing to find 21-year-old women the most attractive—there are many that haven't. And his first-person narration can be charming; he's like a geeky Virgil, leading us through the Inferno of dating data. —Daniel Roberts, writer-reporter