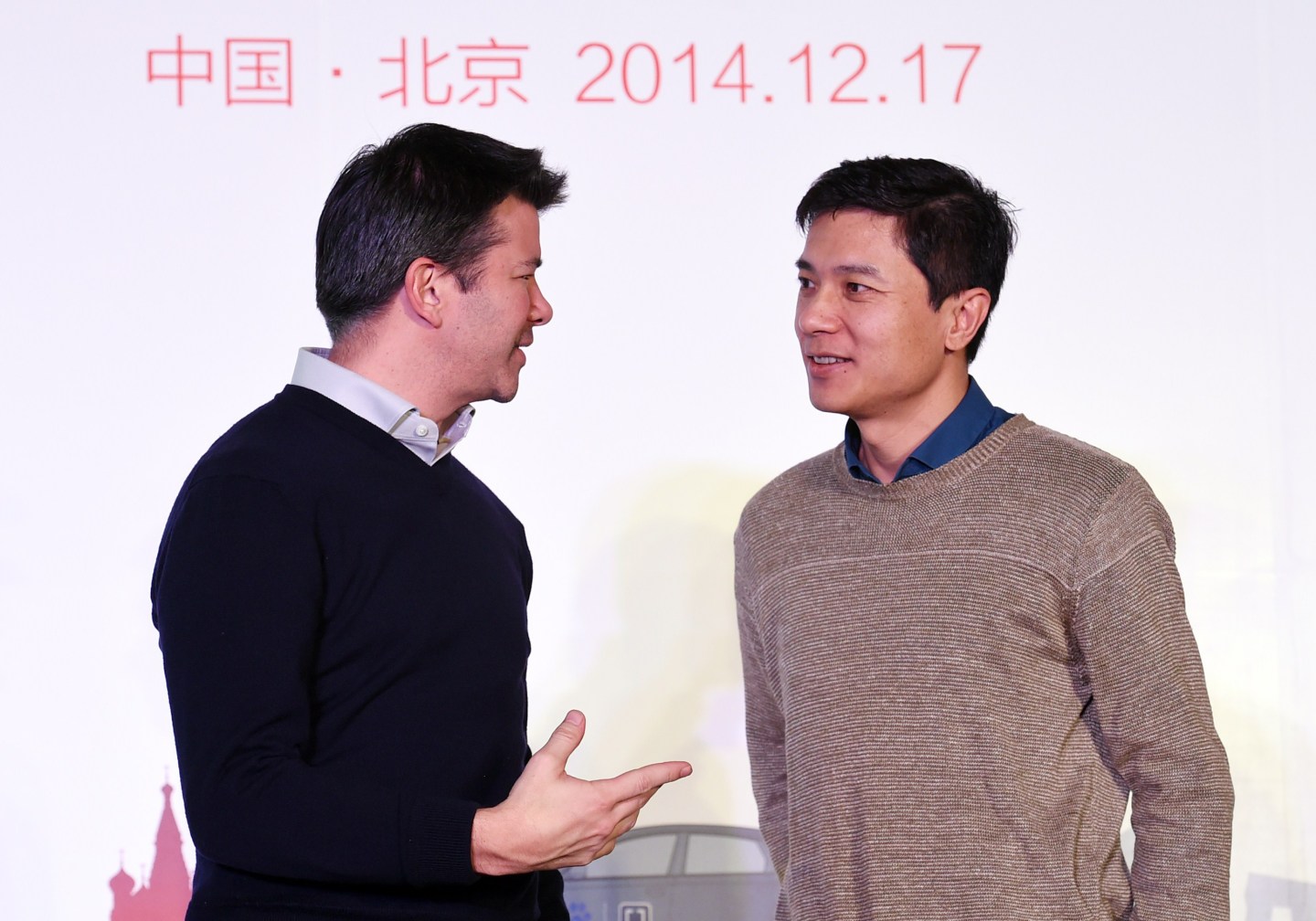 China’s Baidu Inc. (BIDU) confirmed Wednesday it had taken a stake in ride-hailing app Uber Technologies Inc., but still refused to say how much it had invested, and what kind of stake it had got in return.

Chinese public radio had speculated that Baidu’s investment could be up to $600 million, representing half of the $1.2 billion it raised in a new round of funding earlier this moth.

At a joint press conference in Beijing, Baidu’s founder Robin Li and Uber CEO Travis Kalanick said that they would work together to build a presence in the Chinese car-booking market, which is growing fast from a low base but is currently dominated by Baidu’s biggest internet rivals, Alibaba Group Inc. (BABA) and Tencent Holdings Ltd (TCTZF).

In a joint statement, the two companies said Baidu will connect its map and mobile-search features with Uber’s service. The Google map app that Uber runs on across the rest of the world is banned in China.

“The goal of this agreement is not for the sake of investment alone, it is more for strategic cooperation and commercial cooperation,” Bloomberg reported Li as telling a joint press conference in Beijing. “Some people think that for investments, Baidu only goes for the full acquisition or taking a controlling share and that Baidu would not take a minority investment. This is a misunderstanding.”

So far, Uber is only present in nine Chinese cities and focuses on the premium segment of the market. It said in July it would expand to 14 cities in the near future.

The start of what could be a major new departure for the U.S. company is a welcome break from the governance scandals and regulatory problems it has been embroiled in recently across the world.

Kalanick told the press conference that Uber is working “pretty well” in China today and doesn’t have any pressing regulatory issues in the nation, according to Bloomberg.