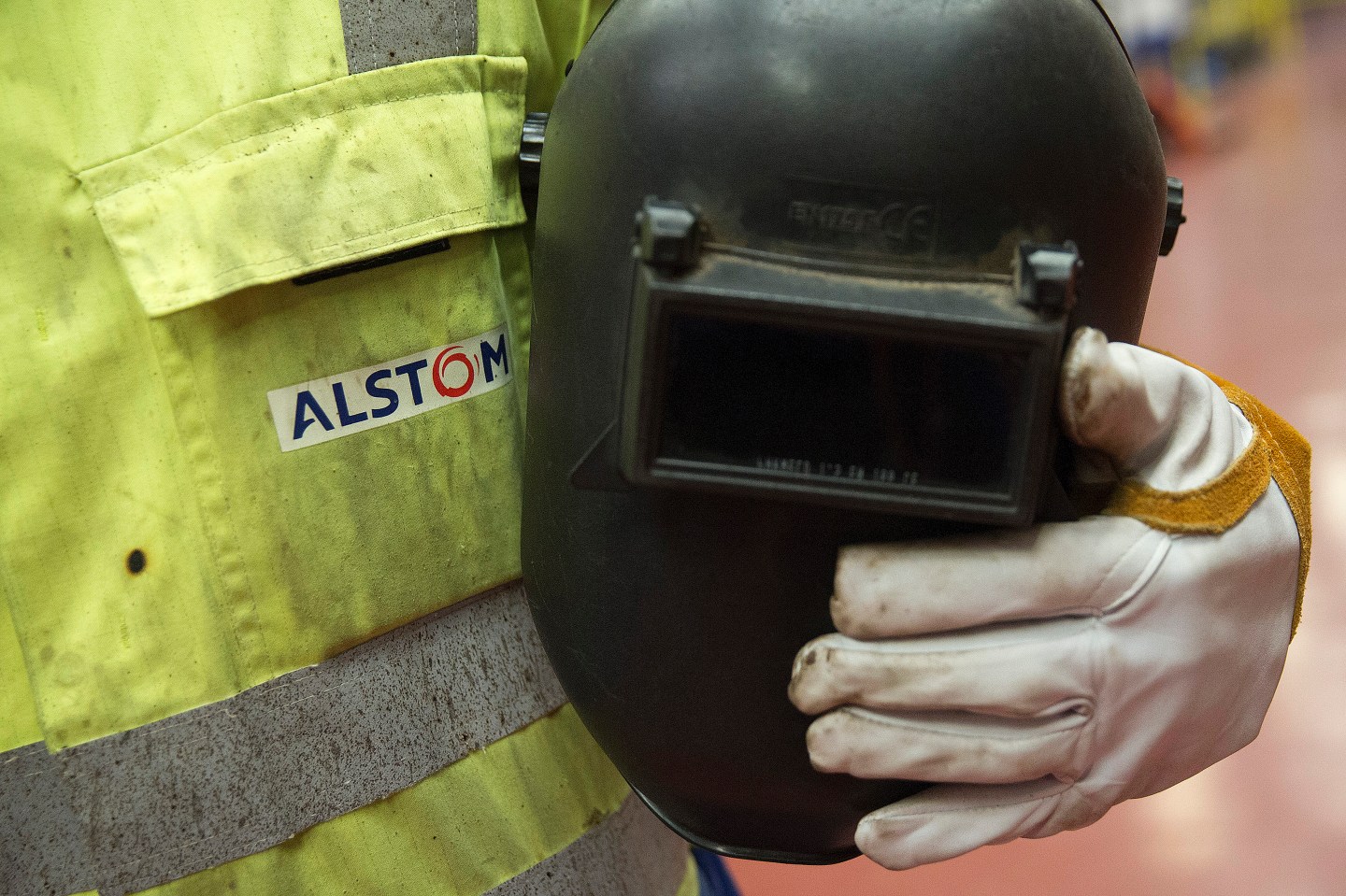 An Alstom logo sits on the pocket of a welding instructor's protective jacket as he holds his welding mask at Alstom SA's welding training facility in Stafford, U.K., on Monday, May 12, 2014. General Electric Co. (GE) and Siemens AG are both circling Alstom in a bid to add turbines and other equipment for power plants and transmission networks amid rising demand in the oil and gas industries. Photographer: Simon Dawson/Bloomberg via Getty Images
Photograph by Simon Dawson — Bloomberg via Getty Images

Alstom SA is reportedly close to paying nearly $700 million to the U.S. to settle bribery probes, a potential deal that comes before the closure of General Electric’s $17 billion bid to buy the company’s energy unit.

An Alstom representative wasn’t immediately available to comment on the bribery settlement chatter.

The U.S. probe focused on a $118 million contract to provide boiler services at a power plant in Sumatra, an island in Indonesia. Alstom executives allegedly used middleman to funnel hundreds of thousands of dollars to a member of Indonesia’s parliament and officials at a state-controlled electricity company, according to Bloomberg, which cited court papers filed by the Justice Department in related cases.

The potential settlement comes ahead of a planned Alstom shareholder vote that will be held later this week. GE (GE) in June agreed to buy the company’s power and grid businesses in a deal that is expected to close next year.