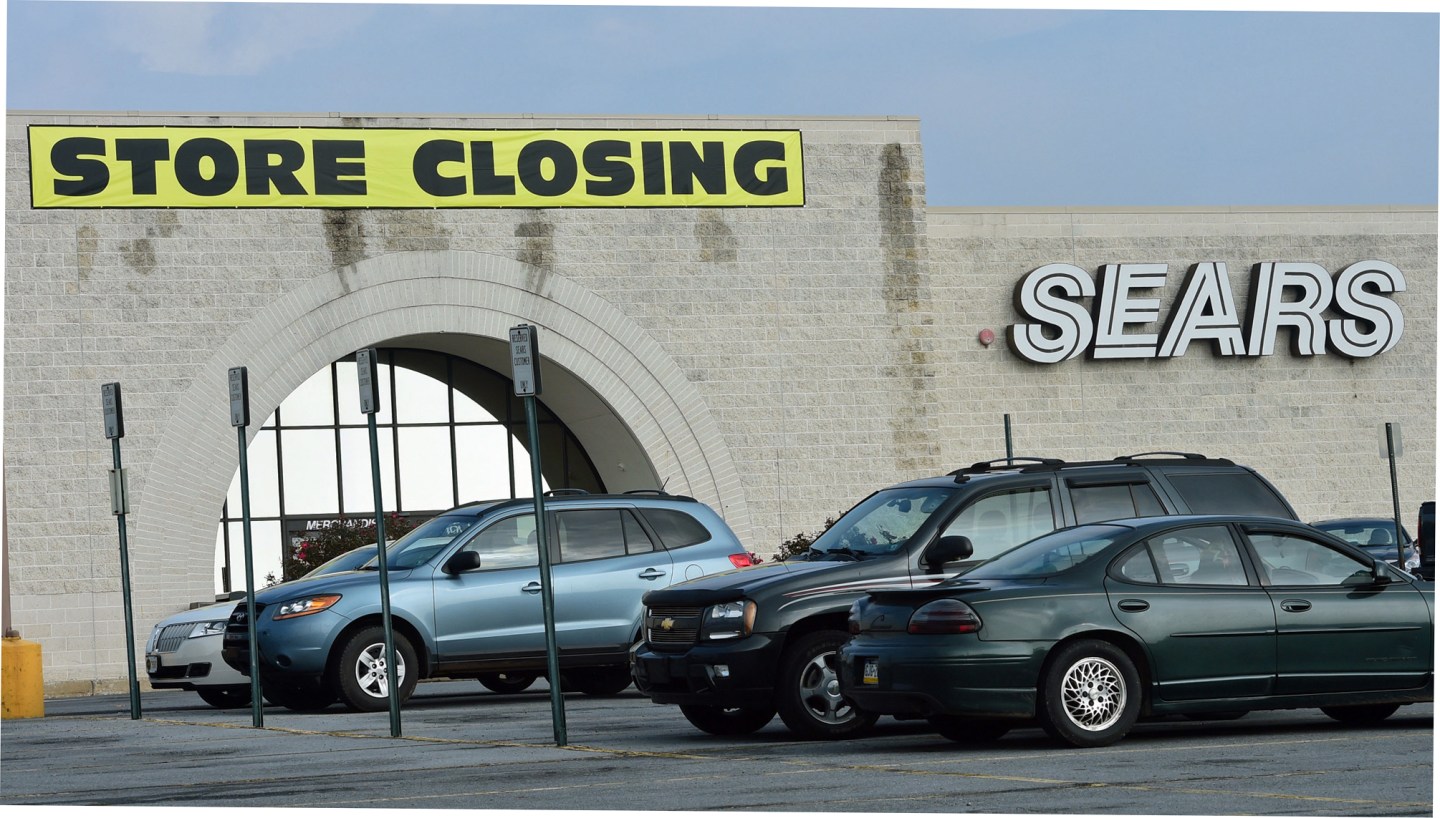 In 2014, Sears Holdings (SHLD) has closed some 200 of the 1,900 Sears and Kmart stores it had at the start of year to stanch big losses stemming from chronic sales declines.

Many observers see the shrinking of the store fleet, which followed closings in previous years and that looks set to continue, as indicative of a declining retailer that has lost billions of dollars in recent years (and according to Bloomberg, reported 31 quarters in a row of sales declines) and that this year, raised $2.2 billion in liquidity by selling off assets such as the Lands’ End activewear brand to bolster its financial cushion.

But Sears CEO Eddie Lampert, also its top shareholder with a 48.5% stake in the company, has been arguing that the company is in the process of funding Sears’ transformation of itself into a membership-based, e-commerce-centric retailer anchored on its Shop Your Way program and far less reliant on brick-and-mortar stores.

Still, closing more than one-tenth of a retailer’s stores in a single year does not exactly scream out “booming business.”

The press-shy Lampert took to his blog on Monday to explain why Sears Holdings has closed so many stores: Sears gave those locations a chance, and the changing face of retail means the company doesn’t really need them anyway.

“Most of these stores were losing money, some for a long time,” Lampert wrote. “We have experimented with different formats, different levels of investment and different processes to bring about a better result. Given changing circumstances, both in the retail industry and in our company, we can no longer afford, nor justify keeping these stores open.”

Stripping out weak stores is also a key way retailers can improve their comparable sales numbers: Indeed, Sears Holdings recently reported quarterly results that showed a narrower loss and comparable sales actually up at Kmart and only slightly down at Sears. (Macy’s (M) and Kohl’s (KSS) each reported a decline last quarter as well.)

While some analysts will quibble with how much effort Sears really put in in recent years to improve its stores, the fact is that the retailer will likely continue to shrink physically.

Sears has been trying to extract the value of its real estate this year. Last month, it revealed an idea for shoring up its pressured finances: possibly forming a real estate investment trust (REIT) for 200 to 300 of the stores it owns that it said could generate “substantial proceeds.”

And in October, it said it was leasing space at seven of its most desirable locations to up-and-coming British retailer Primark, a strategy Sears has pursued in the last five years, and is likely to continue to.

“In some places mall owners and developers have approached us with the opportunity to reposition our stores for other uses and are willing to compensate us. When they’ve offered us more money to take over a location than our store there could earn over many, many years, we’ve accepted offers.”

“We have a very flexible real estate portfolio which gives us time to try to turn around underperforming locations, without the potential burden of long-term losses that would otherwise prevent us from taking these risks.”