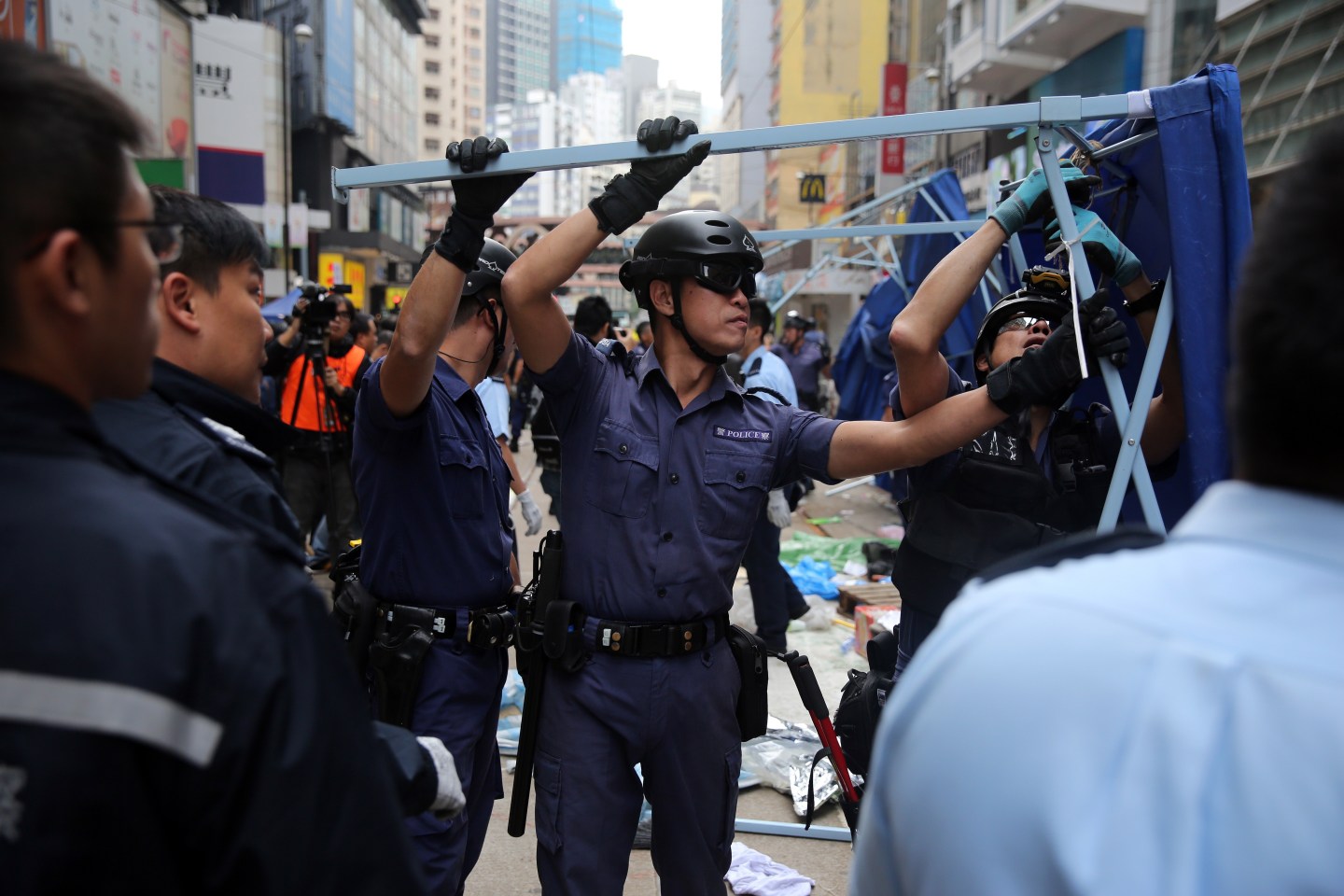 This story is published in partnership with Time.com. The original version can be found here.

The 79-day occupation of Hong Kong’s streets by pro-democracy protesters met a rather lackluster end on Monday morning, as police cleared the last of three protest sites in a matter of hours.

The clearance of the Causeway Bay camp, a small street occupation that was partly set up to accommodate the spillover from the main camp in the Admiralty district, began at around 10 a.m. with a 20-minute warning from police telling the protesters to clear out.

The authorities moved in soon after, and hurriedly cleared barricades, tents and protest artwork in a process devoid of the drama of the Admiralty clearance four days earlier or the conflict that accompanied the removal of the Mong Kok protest site across the harbor in Kowloon the week before that.

The Causeway Bay site, over the course of the past few weeks, had dwindled to a hundred-meter stretch of road held down by less than a hundred protesters. Most of these vacated the area before the police moved in, except for 20 who remained seated in the streets and were subsequently arrested.

The clearances marked the end of a two-and-a-half month occupation of Hong Kong’s streets by protesters demanding the right to freely elect their leader, known as the chief executive, after the Chinese government said it would screen candidates for the next election in 2017. The protests ended without the Beijing or Hong Kong governments acceding to any of the protesters’ demands, and the highly unpopular current chief executive, Leung Chun-ying, said Monday morning that the movement had caused a “serious loss” to the city’s economy and rule of law.

The protesters, however, are determined not to give up.

“I think there is still hope, because many people still come out and support us,” 19-year-old protester Tommy Lam told TIME on Sunday night, hours before the Causeway Bay site was cleared. “Whatever the police do, we will still continue fighting for true democracy.”