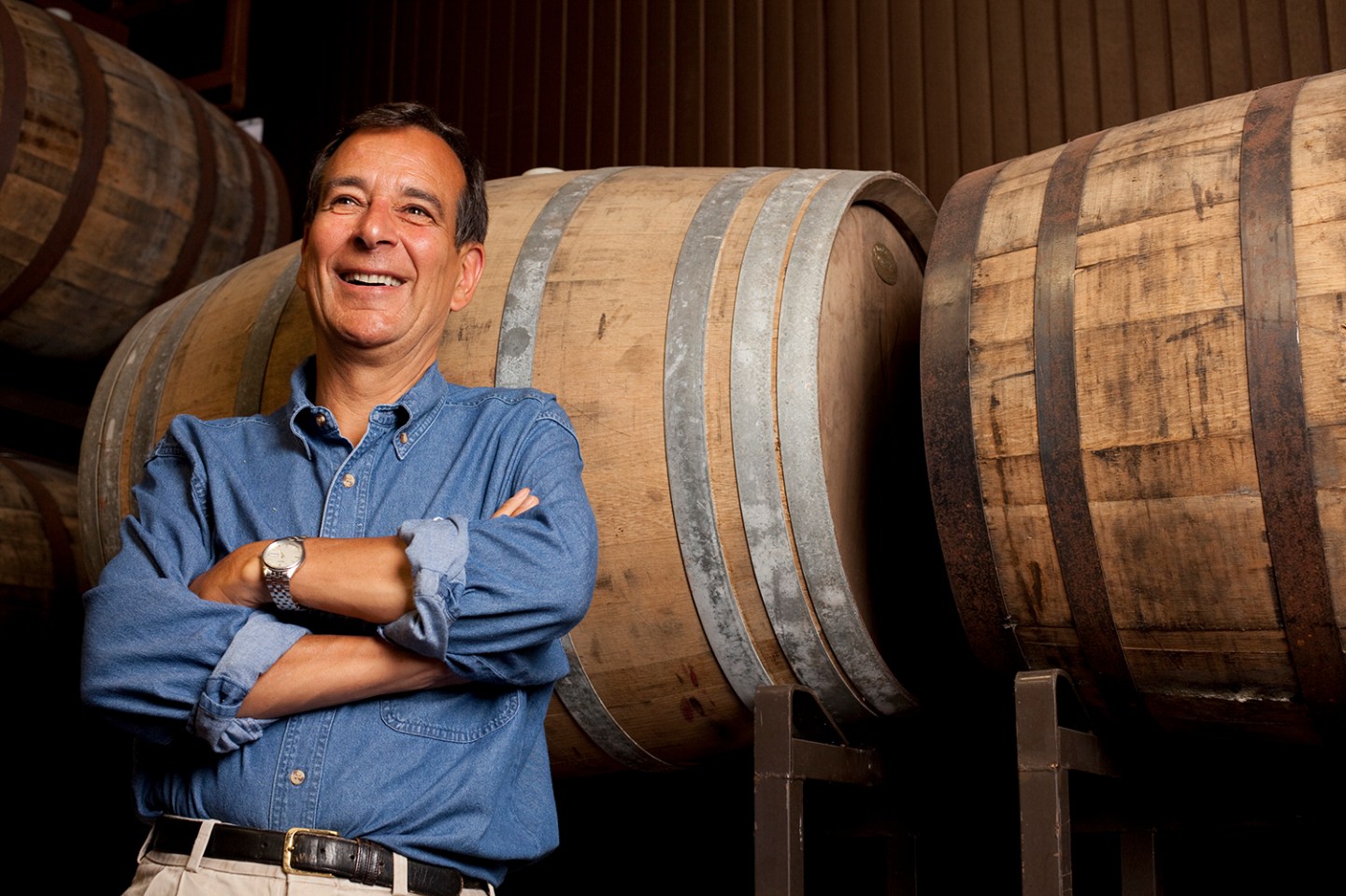 Samuel Adams founder Jim Koch has been in the beer business for 30 years, and after decades of hard work he can claim bragging rights for conquering just 1% of the total U.S. beer market.

The company Koch formed, Boston Beer (SAM), has grown to become the largest craft brewer in the U.S., and it’s the benchmark by which all aspiring brewers are inevitably measured. He serves as chairman of the publicly-traded Boston Beer, but still sees himself as a small-business owner. And while Boston Beer has seen a lot of success, with annual sales nearing $800 million last year, the craft brewer remains a minnow in the enormous $100-billion U.S. beer industry.

Known for his affable and down-to-earth demeanor, Koch found himself in his element at an event last week called “Samuel Adams Brewing the American Dream” — a philanthropic program that was created by Boston Beer to support small business owners. Nine small food and beverage business owners traveled to New York City to give their best two-minute pitch to a panel of industry experts (including Koch) in a bid to win a $10,000 grant and secure mentoring from Samuel Adams in 2015. Since its launch in 2008, the program has provided over $3 million in micro-loans to nearly 400 small business owners.

A new contest at the event, called “Pitch Room,” kicked off in 2013, and it has helped dozens of small business owners perfect their sales pitches. This year’s contestants pitched a spicy coffee, fresh juices, a pancake baking mix, among other startup ideas. The winners were the husband-and-wife team at Caputo Brothers Creamery, which makes the nation’s only fermented cheese curd that can be stretched into fresh mozzarella. The judges were sold on Rynn Caputo’s (the wife in the duo) enthusiastic and informative sales pitch. Caputo Brothers intends to use the grant to expand production at their facility in Pennsylvania. Last year’s winners, Brooklyn-based ice pop startup Brewla, were also at the event. Both teams said their wins gave them immediate validation, helping them to pursue their dream of launching a company.

Koch said he wants to help aspiring entrepreneurs at a critical time in their careers. Individuals running small businesses often struggle to secure bank loans, Koch said. Many are making key decisions about negotiating a lease, setting up payroll and other human resource functions, and designing label packages for the first time.

Fortune spoke with Koch at the “Pitch Room” event about the success and challenges of his business, and why he feels it’s important to stay connected to small-business owners. The interview has been edited for length and clarity.

Fortune: You started Sam Adams 30 years ago. What was your biggest challenge at that time?

Koch: I think the biggest one was changing the consumer’s attitude toward beer in general, and American beer in particular. In 1984, when I started, beer was a commodity, differentiated primarily by advertising. On top of that, American beer was considered the McDonald’s (MCD) of food. People who wanted beer with more character, flavor, or prestige believed you had to have an import. They thought American beer couldn’t be as good as beer made in Europe. That was the biggest challenge. I had to change people’s attitudes about American beer.

How do you feel about essentially “paying it forward” by helping someone pursue the beginning part of his or her dream? Why do you think that’s important to do as a businessman?

As a panelist, what do you look for as you hear these people pitch their ideas?

I want to see passion. I want to see pride in the product. I want to see someone who is fully emotionally invested in [his or her] own success beyond the financial part of it. They really believe in what they are doing and how their product can benefit people. I want to see them be able to communicate that in a very clear, simple, succinct, effective message.

Have you learned any new business lessons since you’ve been doing this micro-lending program?

What I have gotten out of it is a constant dose of startup energy and passion. The startup phase is a unique energy source for innovation and commitment to what you are doing. Seeing these people, working with them, for me, and for Boston Beer, it keeps us connected to our creativity, innovation, and passion. We have to have that because that is our competitive advantage against people who should have put us out of business decades ago. But we are still here, and growing.