Neither rate hikes nor Putin’s diplomacy can stop ruble slide 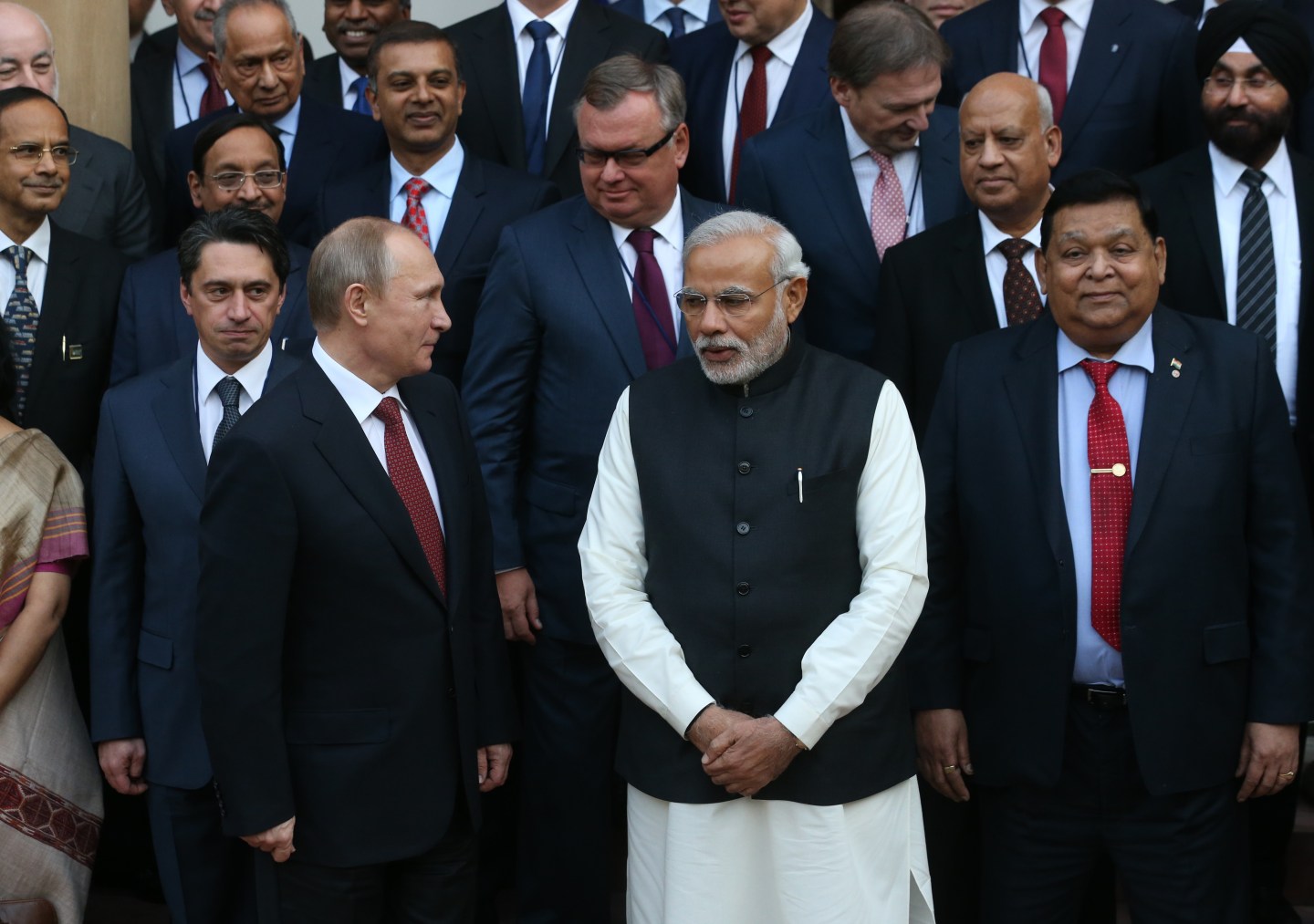 Russia’s currency tumbled to new all-time lows against the dollar and euro Friday, with neither the central bank’s latest interest rate hike nor threats against ‘speculators’ from one of the country’s top cops able to stop the rout.

The seemingly unstoppable fall in the ruble is putting ever more pressure on banks that have borrowed heavily in dollars in the past, and which are struggling to meet demand for foreign currency from clients. In an effort to head off a full-scale banking crisis, the government is preparing a new round of recapitalization measures funded by the state’s rainy-day fund.

Under pressure from falling oil prices, the ruble has now lost over 9% this week alone against the dollar, even though the central bank Thursday raised its key interest rate by a full percentage point to 10.5% in an effort to support it.

The step satisfied neither economists, who said it wasn’t enough to turn the currency around, nor businesses, for whom credit will now get even more expensive even though the growth is shuddering to a halt. The central bank said Thursday it expects “virtually no growth” in the next two years, as low oil prices and restricted access to western capital markets choke off investment. It also said it expects inflation to top 10% at the start of next year.

Alexander Bastrykin, a top law-enforcement official who heads the Interior Ministry’s Investigative Committee, had made the most explicit threat yet to punish ‘speculators’ who manipulate the foreign exchange market, proposing tougher criminal penalties.

The turmoil at home took the gloss of a high-profile visit to India earlier this week by President Vladimir Putin. The visit ended in an agreement to make Russian helicopters in India, and expand direct ties between Alrosa, the world’s largest diamond miner, and Indian industry, but with no concrete deals in the crucial oil and gas sector.

Putin agreed with Indian PM Narendra Modi on expanding an agreement for Russia to build 10 or more nuclear reactors in India at a reported cost of $3 billion each. But that isn’t going to make any short-term difference to Russia’s economy. The one Russian-built plant currently operating in India at Kudankulam took over 25 years to build and launch. So far, despite an obvious need to upgrade its power generation nationwide, India hasn’t even identified a site for the second one.