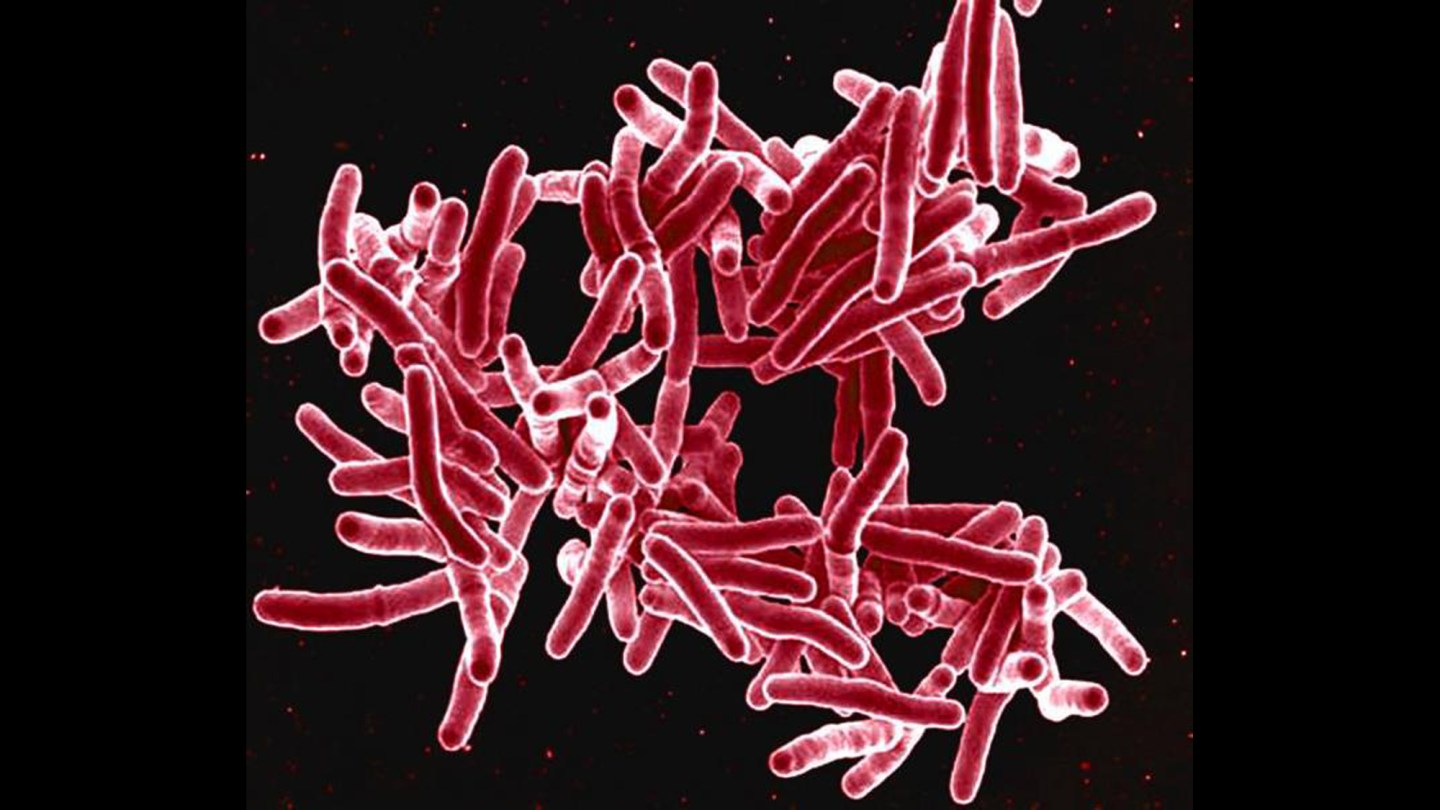 Produced by the National Institute of Allergy and Infectious Diseases (NIAID), this digitally-colorized scanning electron micrograph (SEM) depicts a grouping of red-colored, rod-shaped Mycobacterium tuberculosis bacteria, which cause tuberculosis (TB) in human beings. The bacteria Mycobacterium tuberculosis usually attack the lungs, but TB bacteria can attack any part of the body such as the kidney, spine, and brain. If not treated properly, TB disease can be fatal. TB disease was once the leading cause of death in the United States.
Courtesy of the NIAID

Drug-resistant infections — such as certain strains of tuberculosis and staph — could cost the global economy as much as $100 trillion by 2050, according to new research out of the UK.

A continued rise in antibiotic-resistant infections, or superbugs, could lead to a reduction of 2% to 3.5% in global productivity, according to the research led by former Goldman Sachs Chief Economist Jim O’Neill. It highlights the impact superbugs may have on the global economy and identifies the historically low rate of new antibiotic creation as a significant factor.

In Europe and the United States alone around 50,000 people currently die each year from infections caused by superbugs, and unless something is done by 2050, “that number could become 10 million people losing their lives each year from then onwards,” O’Neill told a briefing in London recently.

The field’s growing importance to the corporate pharmaceutical world was seen earlier this week when Merck (MRK) shelled out $8.4 billion to buy Cubist, a biotech company dedicated to finding new treatments for superbugs. The deal is the latest sign that drugmakers are turning their attention back to antibiotics, and some analysts are predicting that more such deals will happen in 2015.

Drug-resistant diseases are an increasingly serious threat. Last year, 2 million Americans were sickened by resistant infections and 23,000 died. That cost the U.S. about $35 billion in lost productivity — and another $20 billion in excess direct health care costs, based on estimates by the Centers for Disease control. In April, the World Health Organization warned of a “post-antibiotic era” in which common infections become deadly again.

The worldwide extent of the problem is hard to pinpoint since data are incomplete, and there’s no standard for tracking such infections and associated deaths. That also makes totaling the economic impact — and exact death count — difficult to do.

The research requires “much careful additional work, but it correctly identifies the magnitude of the problem and the potential macroeconomic impact,” wrote Kevin Outterson, a professor of health law at Boston University. “It should also help us frame an appropriate response.”

A major part of the response is finding better drugs to fight these infections. A new class of antibiotics hasn’t been discovered since 1987, according to the Royal Pharmaceutical Society, and the number of drugs that fight bacterial infections has declined since the start of the millennium. The U.S. Food and Drug Administration approved three new drugs to fight bacterial infections from 2011 to 2013 — the lowest number since the 1940s.

Drug companies don’t have a strong incentive to devote research dollars to antibiotics. It’s more lucrative to develop a medicine for chronic diseases that are taken for years and provide a steady cash flow versus an antibiotic that’s prescribed sporadically for only several days. Also, any new antibiotic would likely be used as a “last resort” by doctors, held in reserve for when other older antibiotics don’t work. That makes turning a profit difficult when a typical drug requires $1.8 billion, on average, to develop, according to Eli Lily (LLY).

The combination of growing resistance and slowing antibiotic development requires global intervention. A group of 194 countries coordinated by the World Health Organization will meet this spring to develop an intervention plan, and the U.S. has already made moves to combat the problem.

In September, President Obama launched the first major White House effort to develop stronger and better antibiotics. The initiative, which was viewed as a national security concern, outlined methods for tracking the use of antibiotics and resistant microbes, set incentives for new drugs, and restricted the use of existing antibiotics.