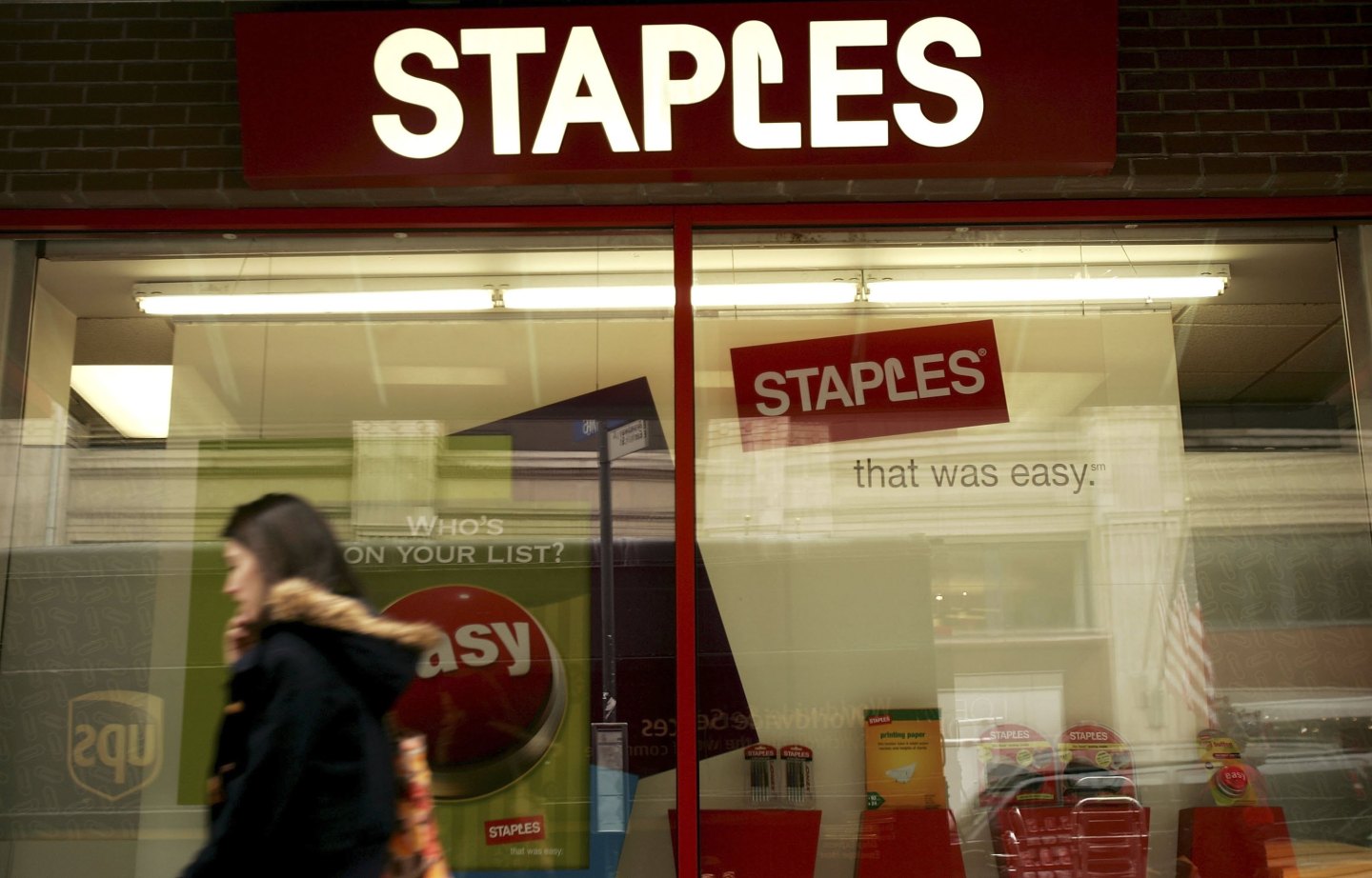 The hedge fund, which ousted the entire board at Darden Restaurants (DRI) earlier this year, disclosed a 5.1% stake in Staples Inc., according to regulatory filings Thursday. At the same time, it also increased its holdings of Office Depot to 10% from 8.6%.

While Starboard hasn’t announced any plans for the two retailers, the moves set up a potential merger. A combination would further consolidate the struggling office-supplies industry after Office Depot bought competitor Office Max for $976 million last November.

The industry has been shaken by competition as retail behemoths like Walmart and Amazon.com entered the space, and analysts have commented that further consolidation could benefit the office-supplies retailers.

Credit Suisse analyst Gary Balter estimates that a combined Staples and Office Depot could save about $1.44 billion, and that could bolster the combined retailer’s operating profit by more than double by 2017, reported Reuters.

Starboard has advocated for consolidation in the big-name tech sector since September, calling on Yahoo (YHOO) and AOL (AOL) to consider a merger.

A spokesperson for Starboard was not immediately available to comment on the investments.