The curse of the Michelin-star restaurant rating 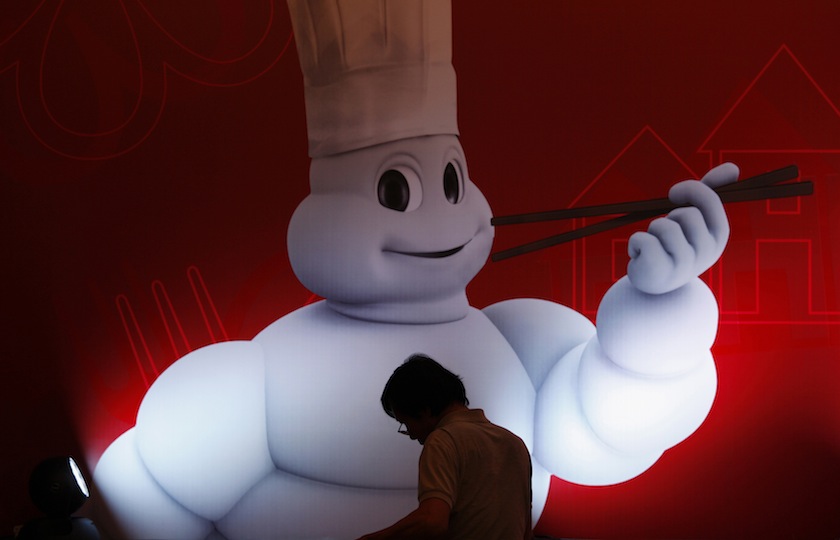 A man prepares for a party on the release of the first edition of the 'Michelin guide Hong Kong Macau' in Hong Kong December 2, 2008. The guide is the 26th such guide in the Michelin collection, and China the 23rd country covered. REUTERS/Bobby Yip (CHINA) - RTR2261O
Photograph by Bobby Yip—Reuters

Chef Julio Biosca remembers the last straw clearly. In April 2013, he was out for his birthday dinner at a Michelin-star restaurant and the waiter was doing his adjective-heavy best at enumerating the ingredients of a complicated dish (“singing the dish,” in Biosca’s words). Then the waiter reached into his pocket and pulled out a perfume atomizer to add the final ingredient: aroma of Jerez.

Not long after the perfume incident, Biosca decided to return the Michelin star his family’s restaurant—Casa Julio, in Fontanars dels Alforins, outside of Valencia, Spain—had received in 2009. He is quick to note that, while he doesn’t like the style of cuisine that uses perfumes, it didn’t lead him to drop his Michelin star (“It wasn’t the major thing, but it was a thing,” he says). And he is eager to express his admiration for the Michelin star system, which put him on the map.

Rather, Biosca says, he wanted to get out from under the weight of the star. He felt that he’d been awarded it for a certain culinary project, which included a tasting menu and complicated dishes, and the award gave customers very specific expectations. The star was an honor but also a straitjacket, one that meant he couldn’t innovate.

“When I saw that I didn’t feel comfortable with this kind of food and this way of working, I decided to step aside to do something simple,” he said.

Biosca asked Michelin to remove his star and, in December 2013, discontinued his tasting menu. Because of a communications snafu, however, Michelin didn’t get the request in time for the 2014 guide, so it was with the November announcement of the 2015 guide that Julio Biosca was free.

“For the last year, I’ve been explaining to people that we were no longer that restaurant and didn’t have a tasting menu,” Biosca said.

Biosca’s decision is odd, of course. A Michelin star is the life goal of many restaurateurs, and the distinction has immense marketing power. “Michelin puts you on the gastronomic map, literally,” says Spanish food critic Julia Pérez Lozano.

But Biosca is not alone in turning his back on the system. Earlier this year, Chef Frederick Dhooge of ‘t Huis van Lede in Belgium turned in his star because he wanted the freedom to cook fried chicken without being told it wasn’t a star-worthy dish.

Biosca and Dhooge’s decisions signal the difficult position of rating agencies in rapidly evolving industries. The Michelin guide was considered a problem in the past, forcing chefs into the French high-end mold, but now the issue is the diners. While Michelin has accepted the radical makeover haute cuisine has undergone in recent years (just visit the punk rock website for recently minted 3-star DiverXo), many consumers who use the guide expect it to prize a traditional style.

“Michelin is losing its traditional identity … but a lot of customers still expect that,” says Pérez Lozano.

Australian chef Skye Gyngell learned that first hand. In 2011, seven years after she opened London’s Petersham Nurseries Café, Michelin awarded a star to the shabby-chic eatery where customers sat at wobbly tables in a dirt-floor greenhouse.

Michelin customers—and their complaints—started to pour in. The simple, seasonal dishes impressed; the setting did not.

“People have certain expectations of a Michelin restaurant, but we don’t have cloths on the tables, our service isn’t very formal. You know, if they’re used to eating at Marcus Wareing [a two-star restaurant in London’s Berkeley hotel], then they feel let down when they come here,” Gyngell told Australia’s Good Weekend magazine.

She also called the star a “curse” and said, “If I ever have another restaurant, I pray we don’t get a star.”

The Michelin guide did not respond to a request for comment.

Gyngell took the star off the restaurant’s website and, not long after, quit. (She recently opened another London restaurant, with tablecloths. No star yet.)

Even for those who don’t feel straitjacketed by the rating, a Michelin star implies a treadmill of work and investment. Academic studies have found that losing a star can cut sales by as much as 50%, and that restaurants awarded Michelin stars feel the need to invest in service and décor and increase prices to do so.

“The thinking is you have to keep the star to keep your client base. And then the worse thing that could happen is you could lose your star. It’s a vicious cycle,” says Gary Pisano, a professor of business administration at Harvard Business School.

It’s often an unprofitable one, too. In “Behind the stars: a concise typology of Michelin restaurants in Europe,” published by the Cornell Hotel & Restaurant Administration Quarterly, the authors found that nearly half their sample restaurants were not profitable.

For many Michelin star restaurateurs, the restaurant is a loss leader whose fame allows the chef to charge high speaking or private cooking fees; others start lines of premade food or lower priced restaurants. In a recent interview, David Muñoz of DiverXo told me that 2015 would be the first breakeven year in his company’s eight-year existence, and then only because of the expansion of his street-food chain, StreetXo.

“Few haute cuisine restaurants without any other kind of income are profitable,” says Julio Biosca, who has a lower priced restaurant next to his eatery. “We couldn’t have been, and I don’t think anyone can.”

Chefs will continue to strive for Michelin stars. But in handing back his star and letting everyone know he did, Biosca may have figured out the best position.

“Once you give it up, it can no longer be taken away. It’s like if you quit, you can no longer be fired,” says Harvard’s Pisano. “There’s value to that in the marketplace. You say, ‘I gave up my star,’ and you let the customers assume you would have a star. And then you’re not subject to the vagaries of the reviewers.”