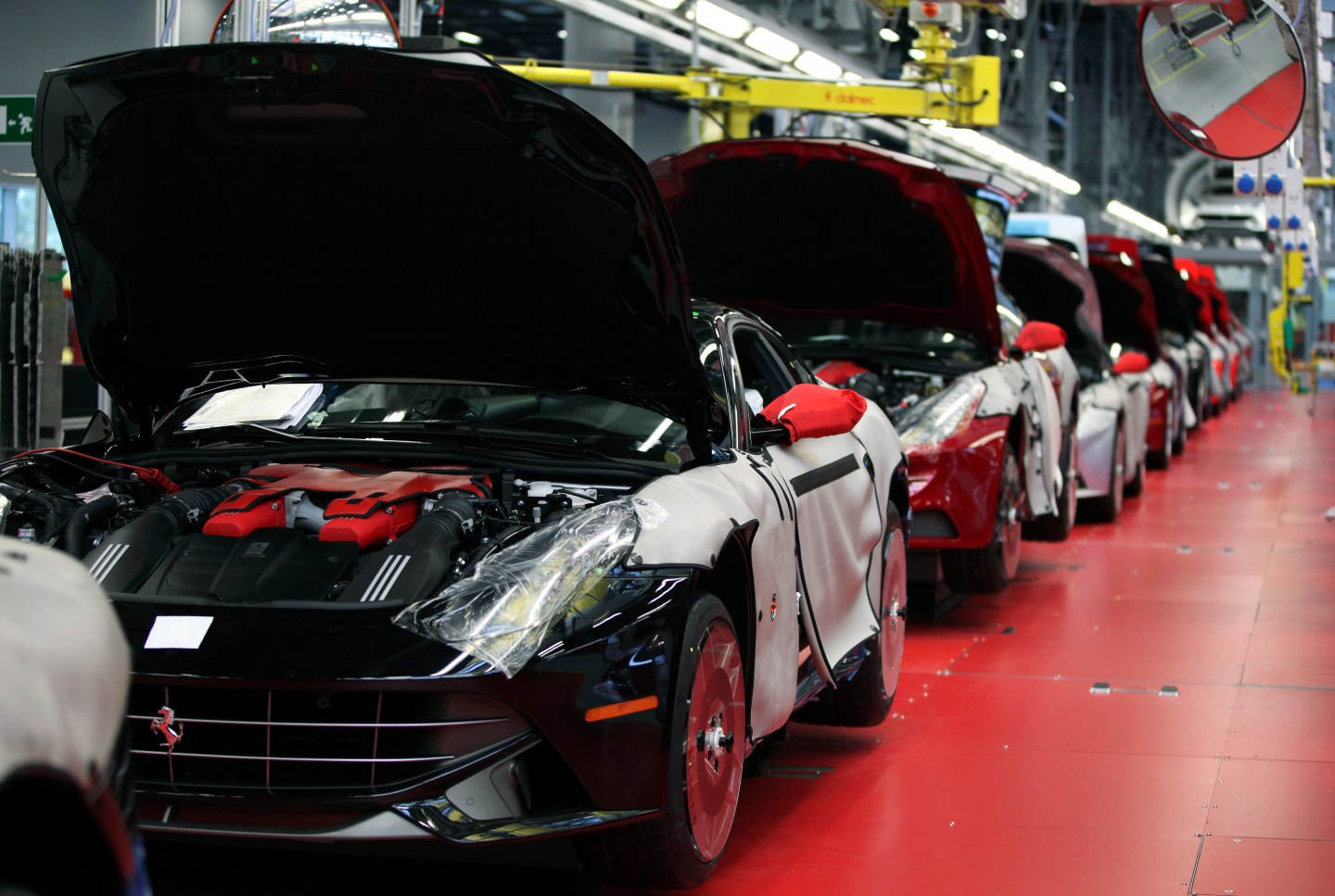 Protective covers sit on near-complete Ferrari automobiles as they stand on the production line at Ferrari SpA's plant in Maranello, Italy, on Wednesday, May 8, 2013. Ferrari SpA, the Italian supercar manufacturer owned by Fiat SpA, plans to reduce sales to fewer than 7,000 vehicles this year to "maintain the exclusivity" of the brand. Photographer: Alessia Pierdomenico/Bloomberg via Getty Images
Photograph by Alessia Pierdomenico — Bloomberg via Getty Images

For some, Ferrari leaving Italy would be like the Pope leaving Rome — but it could very well happen soon, according to a Bloomberg News report.

The report says that the storied Italian automaker — which recently announced a spin-off from Fiat-Chrysler — could follow its parent company in registering in a country such as the Netherlands, listing in New York and being based in London.

While it might make sense from a financial standpoint, it’s hard to imagine Ferrari being based anywhere other than Italy. The car has come to be associated with Italian luxury — the automotive equivalent of an Armani suit. The colors of the Italian flag are even featured prominently in the company’s logo.

The manufacturing of the cars would still take place in Italy. Fiat Chrysler representatives declined to comment to Bloomberg, which noted that maintaining full Italian residency was still an option.