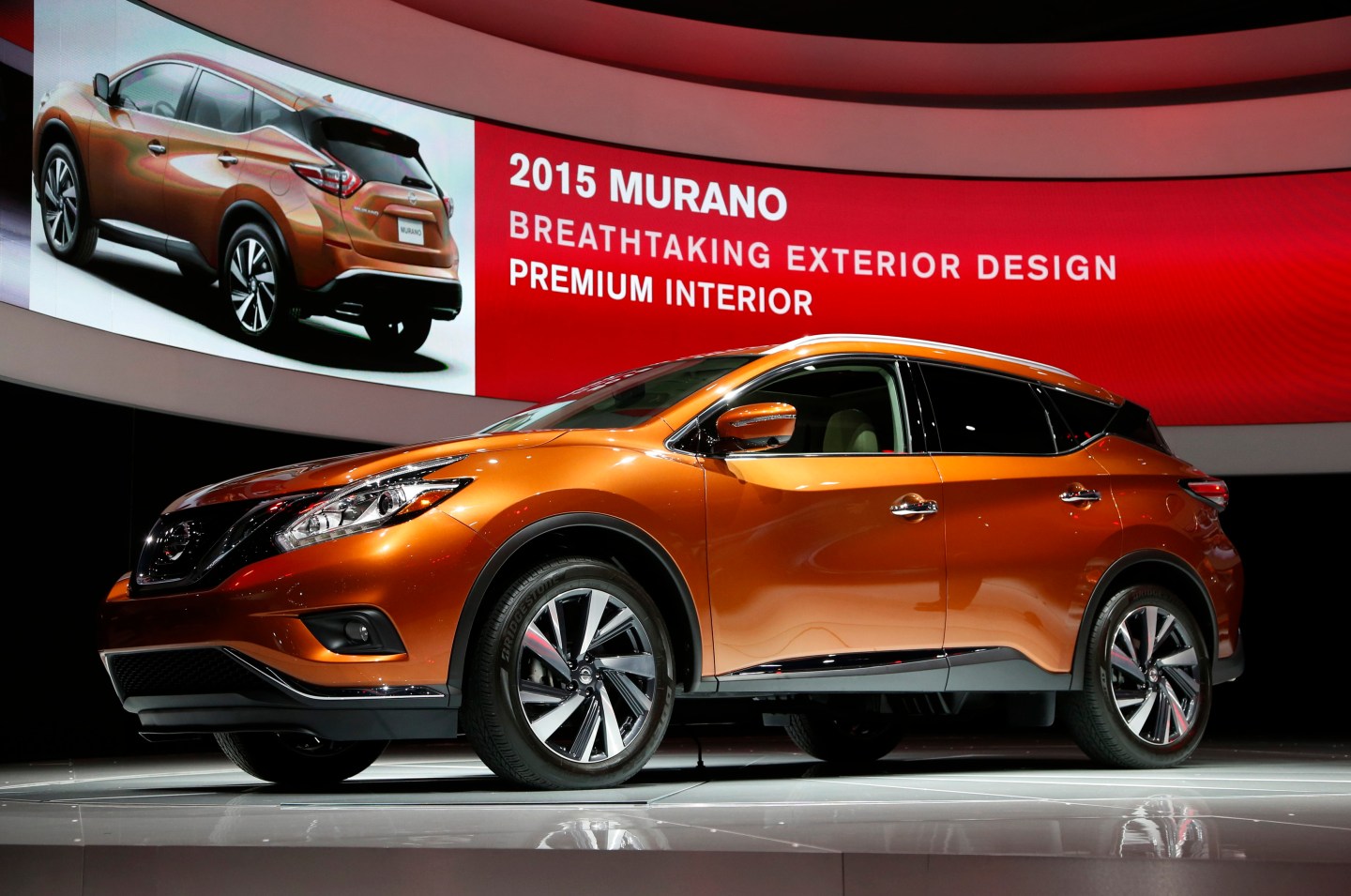 The second-largest Japanese automaker has come a long way as a U.S. manufacturer since opening its first assembly plant in Smyrna, Tennessee in 1983. Since then, Smyrna has grown into the country’s largest single vehicle manufacturing complex, with production of 650,000 vehicles in the past year.

But Nissan’s Canton, Mississippi plant, though smaller in terms of output, is just as impressive due to the variety of car and truck models it’s able to build on two assembly lines.

“Very few manufacturers have the skill, experience and flexibility to make seven different car and truck models in one plant on two assembly lines,” said David Reuter, a Nissan spokesman. A decade ago the Canton plant got off to a rocky start with quality glitches, which the automaker says it has managed to fix.

To support Murano production, Nissan added 1,300 jobs, which included about 400 jobs at parts suppliers located near or adjacent to the plant. Since opening in 2003, the facility has grown from a regional facility to a global one, reflecting nearly $2.8 billion in investment. The new jobs push the complex’s total more than 6,000 manufacturing jobs – a tremendous economic boost to the state and to many families and individuals.

Mississippi Governor Phil Bryant last month said Murano production helps “demonstrate to the world that we have a business environment that spurs success and a quality workforce that takes pride in a job well done.” Nissan said it will export Murano to about one hundred countries.

With Toyota also having opened an assembly plant in the state in 2011 for the manufacture of Corollas, Mississippi hopes that other manufacturers will take notice of what it describes as a business-friendly environment with an abundance of its citizens eager for employment.

Foreign automakers have been attracted to southern states in part because the United Auto Workers union is particularly weak in the region, having failed to organize Tennessee autoworkers at factories in Smyrna and Chattanooga. Recently, international labor organizations have visited Canton, trying to drum up support for unionization. But Nissan, which remains neutral, says it doesn’t see much interest among its workers for joining a union. In Mississippi, Nissan and Toyota jobs are highly prized because they come with training and represent a relatively attractive wage and benefit package.

The 2015 Murano, which comes in four trim levels, starts in price at just over $30,000 and can cost more than $40,000 with every possible option. Among those options are an array of electronic safety systems that prevent or mitigate forward collision and that sense movement behind the vehicle, such as a small child or pet that may not be visible when reversing the vehicle from a driveway or parking spot.