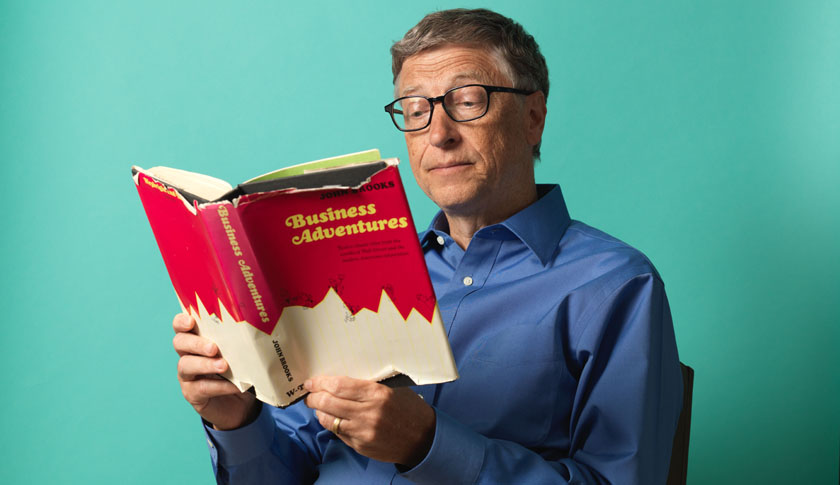 In between running one of the world’s largest charitable agencies and acting as Microsoft’s technology advisor, Bill Gates manages to find a significant chunk of time to read books, both long and short.

Now Gates — who has been labeled a voracious reader — has released a list of his favorite books of the year. Not all of them were released in 2014; some were published in past years, and one is still unreleased. All of the books, though, are standout reads, according to the billionaire techie.

Most are focused on business and the economy. While that wasn’t necessarily intentional, “that’s fitting in a year when Thomas Piketty’s ‘Capital in the Twenty-First Century’ put a big spotlight on inequality,” Gates wrote on his blog.

Here are Bill’s top five picks for 2014 (with extracts from his full review of each book).

Brooks’ collection was published in 1969 and remains one of Gates’ favorites. He re-read it again this year, labeling it the “best business book I’ve ever read.”

Shortly after we met, Warren Buffett loaned me this collection of New Yorker business articles from the 1950s and 1960s. I loved them as much as he did. Brooks’s insights about business have aged beautifully, and they are as true today as ever.

2. “Capital in the Twenty-First Century,” by Thomas Piketty

Piketty’s novel hit the shelves in August 2013 and sparked much discussion concerning income inequality throughout this year. Gates also got to sit down with Piketty after reading the non-fiction work to discuss the topic.

As I told him, although I have concerns about some of his secondary points and policy prescriptions, I agree with his most important conclusions: inequality is a growing problem and that governments should play a role in reducing it.

Studwell’s work, which was published in May this year, addresses how countries such as Japan, Taiwan, South Korea and China have continued to achieve high growth, and why other countries have failed to do the same.

The agriculture section of the book was particularly insightful. It provided ample food for thought for me as well as the whole Agriculture team at our foundation. And it left us thinking about whether parts of the Asian model can apply in Africa.

4. “The Rosie Effect,” by Graeme Simsion

The only fiction work to make Gates’ list is a follow-up to Simsion’s “The Rosie Project.” The novel will be released on Dec. 31 this year, but Gates was able to snag an advanced copy from the author directly.

It’s a funny novel that also made me think about relationships: what makes them work and how we have to keep investing time and energy to make them better. A sweet, entertaining, and thought-provoking book.

5. “Making the Modern World: Materials and Dematerialization,” by Vaclav Smil

Smil’s books are a constant favorite of the Microsoft (MSFT) founder — one of his books makes Gates’ list almost every year. “Making the Modern World” came out late last year and explores the global use of materials, from silicon to wood, and plastic.

If anyone tries to tell you we’re using fewer materials, send him this book. With his usual skepticism and his love of data, Smil shows how our ability to make things with less material — say, soda cans that need less aluminum — makes them cheaper, which actually encourages more production.