Why Stephen Hawking is talking up Intel’s ‘assistive technology’ innovation 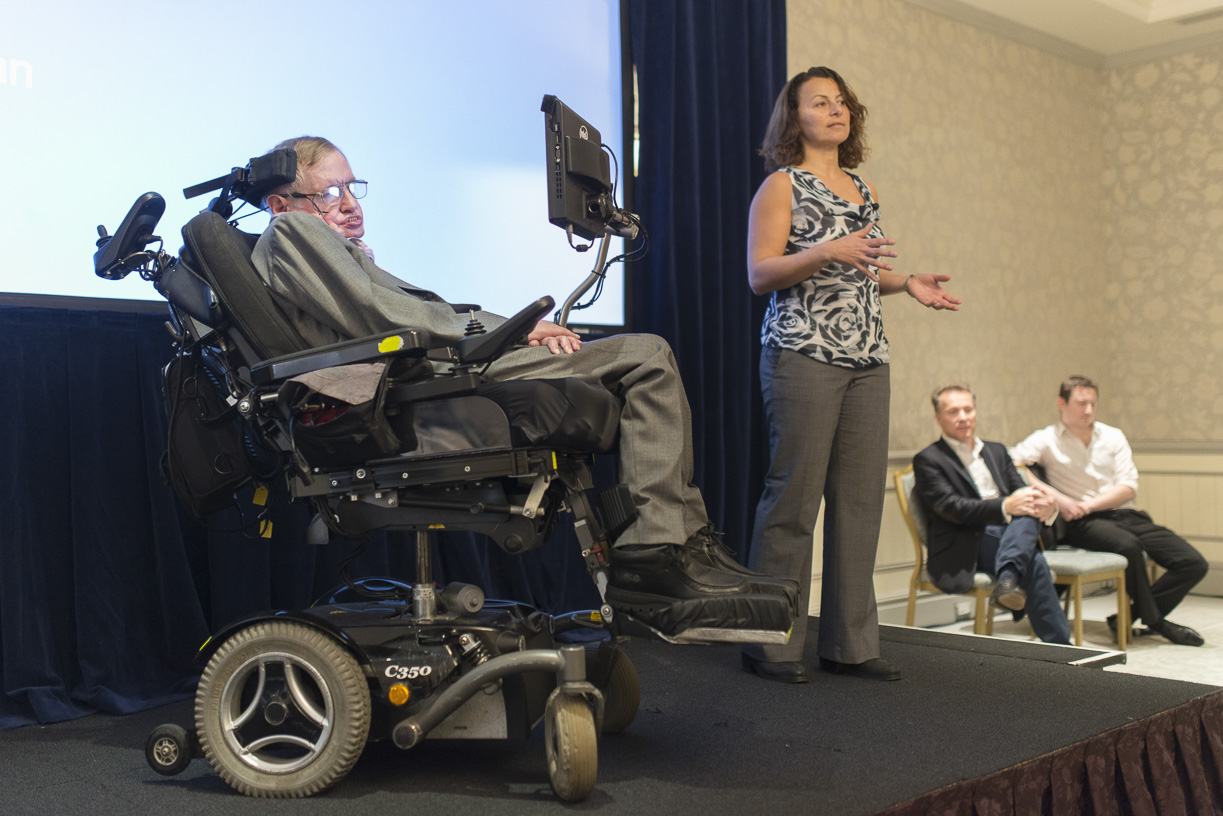 You’ve heard plenty about diversity in the high-tech industry this year, mainly focused on matters of gender and race. Subtly, but surely the dialogue is expanding to include another often-overlooked demographic—individuals with physical disabilities.

So-called “assistive” technologies that adapt computers and mobile gadgets for people who can’t use traditional input methods like keyboards or mice or even touch screens have been around for some time, of course.

But Intel this week cast a new spotlight on this category. In particular, it’s pitching a system developed in collaboration with the world-renowned physicist Stephen Hawking. (Convenient timing given the release of a major motion picture based on his early life, “The Theory of Everything.”)

The technology, due in early 2015, lets individuals like Hawking—who is afflicted with motor neuron disease—control software applications through eye movements.

The major differences between this new platform and the one he’s been using for close to a decade center on performance. Intel’s new approach allows Hawking to “type” twice as fast. That means he can complete tasks such as composing an email message or navigating the Internet through a web browser more quickly. It also allows him to switch back and forth among applications more seamlessly. Intel figures there are roughly 3 million people worldwide who could benefit from this particular system.

Hawking noted: “Intel has been supporting me for almost 20 years, allowing me to do what I love every day. The development of this system has the potential to improve the lives of disabled people around the world and is leading the way in terms of human interaction and the ability to overcome communication boundaries that once stood in the way.”

Speech synthesizers and eye-controlled pointing devices included in the Intel solution represent are just two examples of technologies that fall under the assistive umbrella. Some things you’d normally associate with computer gaming also have an obvious use, including joysticks or wands that respond to gestures. “Technology for the disabled is often a proving group for the technology of the future,” observed Intel Labs researcher Lama Nachman.

From a corporate standpoint, supporting assistive technologies could become a hiring differentiator. Consider an example I noticed earlier this week involving call center software. Utah-based company TCN has added features to its cloud-based service that allow businesses to include visually impaired agents in customer support roles. This was made possible by connecting its software with a screen reader called JAWS (which stands for Job Access with Speech) sold by Freedom Scientific.

“We can roll this out in a matter of hours,” said TCN co-founder CEO Terrel Bird, who positions the technology as useful for any call center organization. “I believe this will be adopted more broadly when agencies realize that they can hire visually impaired people and bring them onside, or have them work remotely, and give them equal footing.”

In a report issued in late 2013, research firm Gartner estimates that approximately 15% of the world’s population could benefit directly from assistive technologies—and the rest of us will also feel a positive impact from the innovation behind them.

“Every day situational disabilities include listening to a conference call in a noisy airport, or using a mobile phone while driving or wearing gloves,” said Gartner analyst Andrew Johnson. “In many cases, assistive technology features will not only help mitigate common environmental factors, but can be used as the foundation to improve security and enhance privacy for everyone.”

This item first appeared in the Dec. 5 edition of Data Sheet, Fortune’s daily newsletter on the business of technology. Sign up here.