Why the Fortune 500 trounces the S&P 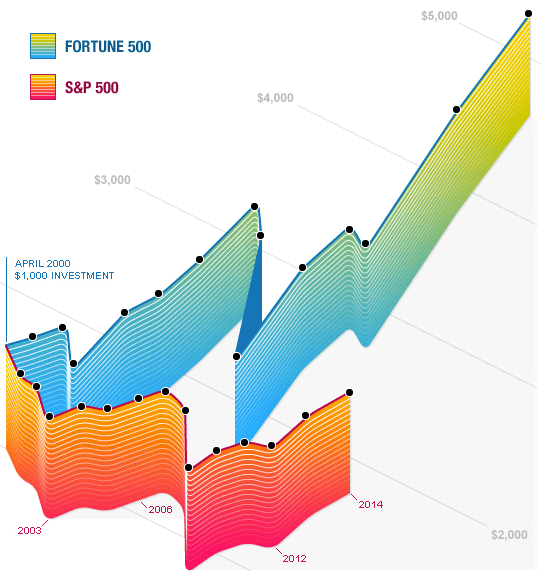 We tracked an equally weighted investment in the companies in our annual lists from 2000 through 2013 for one year from their issue dates, reinvesting the proceeds in the next year’s list. The result? A $1,000 stake in a Fortune 500 index over this span would have gained more than four times as much as the same amount invested in the S&P 500. One reason for the drubbing is that the S&P is weighted by market capitalization, meaning that larger components sway the index more. The effect of that distortion can be substantial: Our annual lists outpaced the S&P 500 in all but three of the measured periods.