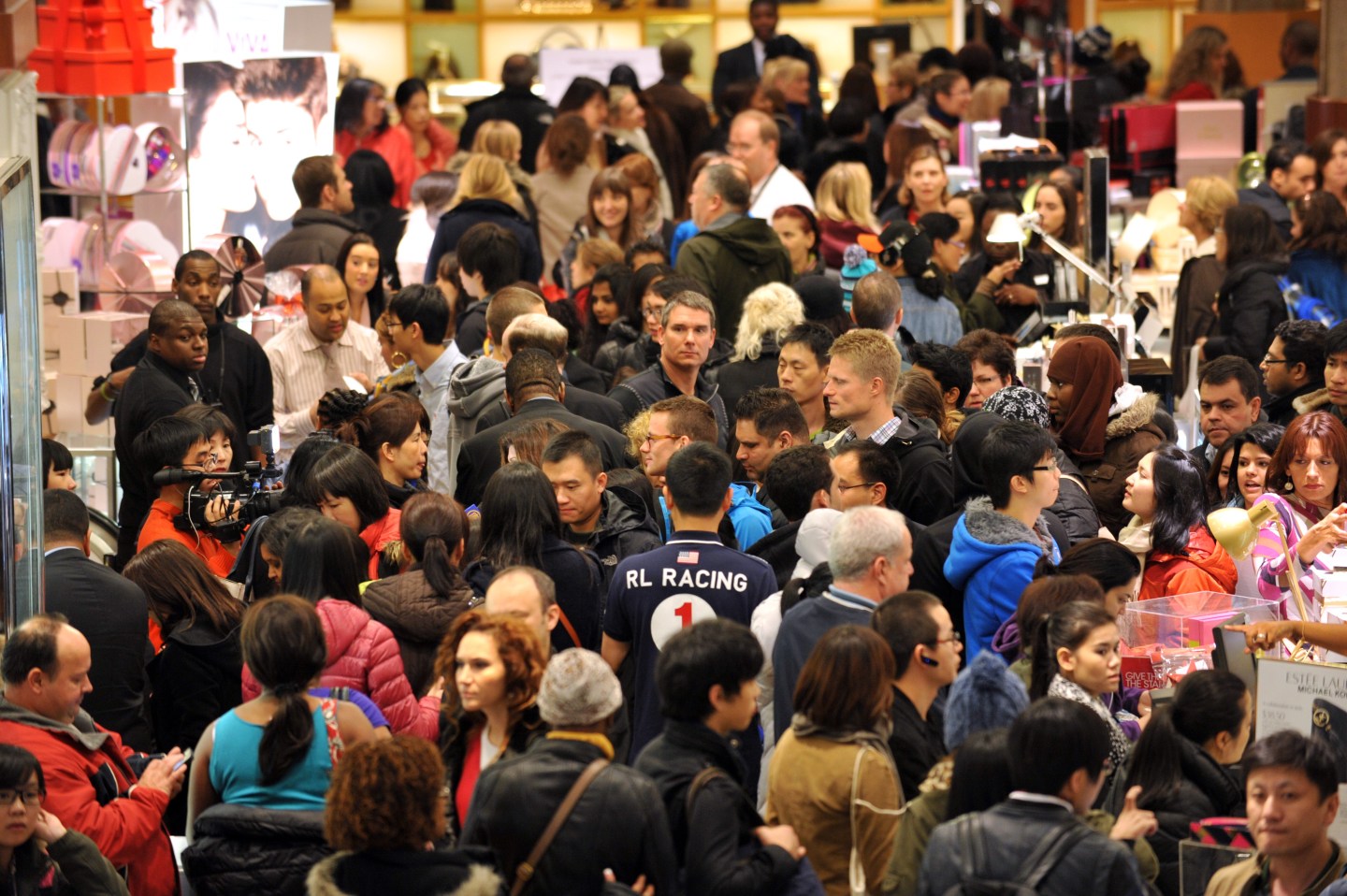 Retailers engage in all sorts of crafty tactics to manipulate customers into buying things they otherwise wouldn’t, but there would have to be one seriously masterful sales job to make consumers think that toilet paper is the perfect item to wrap and place under the Christmas tree.

Instead, retailers are offering dramatic discounts right now on items that shoppers need for their own households. Think: printer paper for 1¢ and disinfectant wipes for 75% off.

While it might seem to make more sense during the holiday season to have great deals on things that people would actually give as holiday gifts, the strategy is perfectly logical in one fairly obvious way: It draws loads of shoppers out to stores (or pushes them into making purchases online), with the idea that once these customers are in the buying mood, they’re likely to be tempted into buying gifts and other items that aren’t discounted quite as dramatically.

What’s more, this strategy seems timed well for the period right after Black Friday and Cyber Monday. It’s normally somewhat of a lull for consumers, who are likely exhausted after browsing the barrage of deals during the big shopping weekend, and who don’t yet feel the pressure to make last-minute holiday gift purchases. In this way, can’t-pass-up-deals on things that everyone needs serve as a sensible prod to woo shoppers into buying more stuff.

Hence this week’s roster of coupons from Staples, which can be printed out and presented in-store only for some amazing deals through Friday, including:

Staples’ big competitor in the office-supply space, Office Depot (and its sibling Office Max), is also discounting some necessities, including deals for buy one, get one 50% off its store brand paper and 75% off Lysol and Clorox disinfectant wipes.

Meanwhile, Walmart and Amazon appear to be engaged in a price war for a necessity that isn’t really much of a gift on its own, but that’s necessary for many gifts: batteries. The former has an online special right now for a 40-pack of Duracell batteries (30 AA and 10 AAA) for $16.99 (list price: $40), while the latter is listing a 40-pack of Duracell AAs for around $20 (list price: $60).