Uncategorized ·Best of the Year in Business

The beginning of the end for email 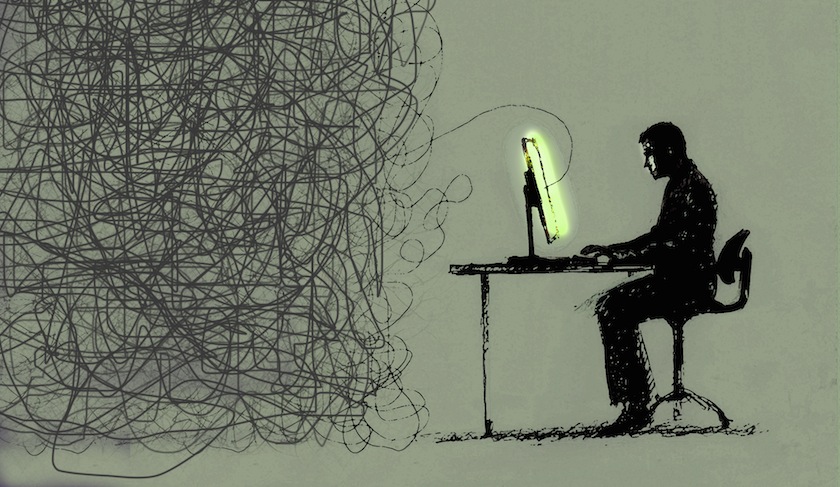 Along with global warming, the Ebola virus, and gridlock politics, this year, for me at least, something far less life- and society-threatening also spiraled out of control: email.

It was long ago invented as something to make us more productive. But what productivity expert would ever say that it’s a good thing that instead of working, we now “answer email?” Or that on some days, I am wary to leave my desk to head into a meeting because it means taking my finger off the dike and knowing I will return to a flood of boldfaced new messages waiting patiently for my total attention?

Some people strive for “inbox zero.” But like many people, I now get so much spam and unsolicited pitches that if I were to adopt such a goal, I would spend the entirety of every workday doing nothing but deleting emails. To keep up with this fire-hose flow, and to make sure nothing important gets buried or falls through the cracks once it gets pushed down below the display window, I have developed an embarrassingly archaic system of keeping a pen-and-paper list of emails that need responses on a series of Post-It notes. Of course, this is beyond ridiculous. As far back as 2007, Fred Wilson famously declared “email bankruptcy.” I’m close to doing the same—and I can’t be alone.

But I may not need to. I predict that this will be the year that email alternatives finally start to gain real traction. Already, collaborative messaging systems like HipChat, Yammer, and others are taking hold (Disclosure: We use HipChat at Fortune). Slack, a new messaging and search platform, is growing by leaps and bounds. Other tools have emerged over the years, like Sanebox, Mailstrom, Inbox Pause, and Xobni (bought by Yahoo in 2013, some of its features are now folded into Yahoo Mail)—as well as software like Ommwriter and Freedom, especially popular with writers, which will disable access to the Internet for chosen periods of time. Tools like Unroll.me and Boomerang are gaining popularity; Microsoft just bought Acompli, a company that streamlines mobile email.

Corporations have gradually been adopting stricter email policies over the years: A few years ago, Volkswagen said it would stop sending emails from its servers to company-owned BlackBerrys after the end of its workday; other companies have instilled email “amnesty” during the last two weeks of the year. In 2011, French company Atos adopted a “zero email initiative” that banned internal email altogether. It didn’t succeed entirely—nor did CEO Thierry Breton expect it to—but it cut volume by 60% and led to more effective use of the company’s internal collaborative messaging platform.

Perhaps the biggest sign yet of the change at hand comes from Germany, which has called for an “anti-stress regulation” that would, among other things, ban employers from contacting employees after hours. Chancellor Angela Merkel has criticized the law and stopped it from moving forward for now, but German leaders have long been concerned about the growing tendency for technology to allow work to encroach on employees’ private lives.

All that said, this great hope is largely the optimist in me speaking, and I give this prediction low odds compared to some of our others. As Tony Hsieh once told me, the problem with email is that it is a “good-enough” solution. He was citing a theory from the Good-to-Great guru Jim Collins that holds that a product that’s good can be the arch enemy of getting to something that’s truly great.

“Some technologies stay around just because there isn’t anything better,” Hsieh once said to me with a shrug. He’s probably right. But my hope, my wish, is that 2015 is the year truly effective email management solutions go from good to great—and that email volume goes from crazy to sane. We’ll all be better for it.

Washington, reshuffled: What to expect from politics in 2015

Vote: What does the future hold for business in 2015?