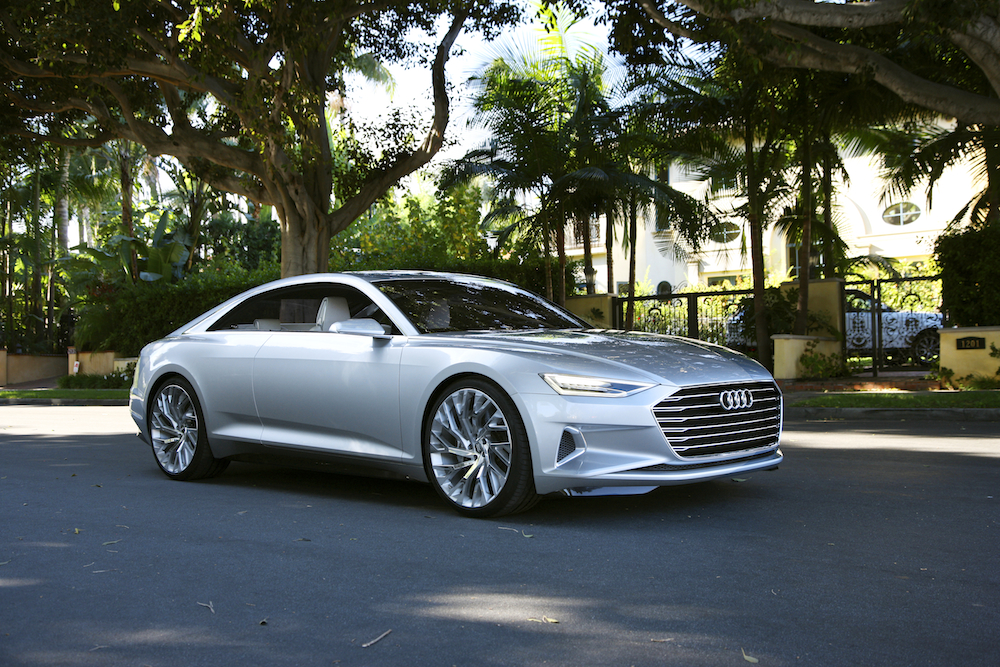 The designers and engineers in Ingolstadt, Germany, have cracked one of life’s mysteries: how to make something incredibly complex look simple. That something is the Prologue concept car, which Audi revealed at the 2014 Los Angeles Auto Show. Fortune got an exclusive first drive of the prototype—which we hope will be Audi’s new flagship A9, although the company hasn’t yet announced production.

The coupe signals important changes to Audi’s future design language: strong horizontal lines, a more aggressive stance, and the most elegant cabin we have seen. Oh, yes, and a few world firsts: laser headlights, a 3-D holographic driver’s display, a virtual butler, and a center touchscreen that bends up from flat to curved upon start—imagine an iPad that flexes. Audi promises it will all show up across car lines soon.