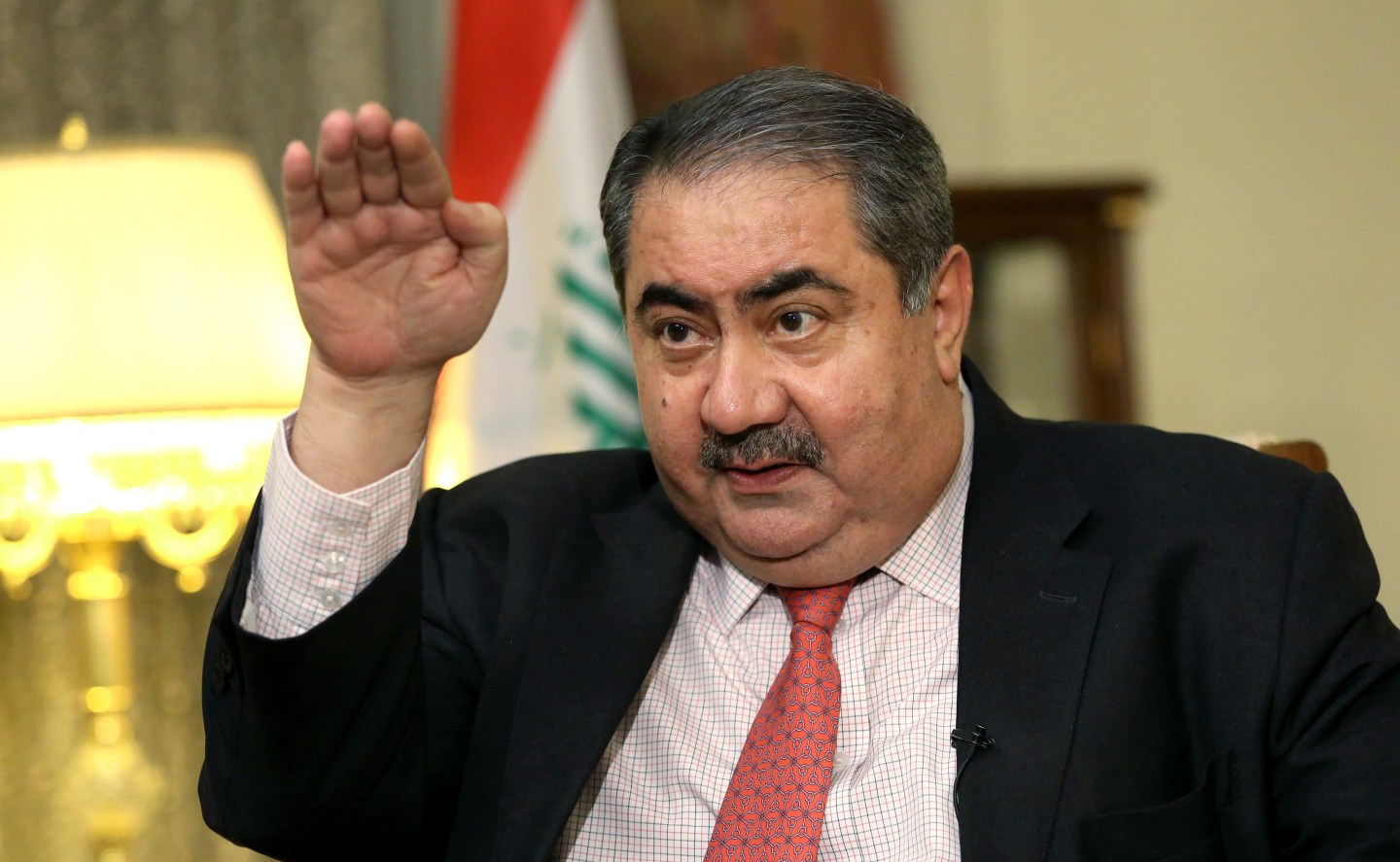 You almost have to hand it to ISIS. The brutal terror group has stormed across Syria and Iraq, gobbling up territory and sparking turmoil across the region. And on Tuesday, it unwittingly pulled off what the U.S. government and major oil companies have failed to accomplish for years: It united two bitterly divided oil-producing governments, Iraq and Kurdistan, over how to distribute their immense natural wealth.

Iraqi Finance Minister Hoshyar Zebari announced on Tuesday that Iraq and the country’s autonomous Kurdistan region—Iraq’s three northernmost provinces—had agreed on a system to export the Kurds’ rocketing oil production and to share the profits, with the Kurds receiving 17% of Iraq’s overall budget, something Kurdistan has battled for years to secure; until now Baghdad has doled out only 12% of its money to the Kurds, much of which comes from its giant oil fields in in the South. At least on paper, the deal finally ends a dispute that has raged ever since Saddam Hussein’s dictatorship collapsed in 2003, threatening to tear the country apart and spark an all-out civil war.

Under the agreement the Kurds will begin shipping from January 250,000 barrels a day to Turkey, and pipe a further 300,000 barrels a day through the Baghdad-controlled pipeline which runs to Turkey’s Mediterranean port of Ceyhan, from Kirkuk, the hugely oil-rich province, which the Kurds have long claimed belongs to them, and which they seized from Baghdad last June when ISIS fighters rampaged across the Syrian border into northwestern Iraq, just a few miles from Kurdistan.

By grabbing Kirkuk amid ISIS’s chaotic invasion, the Kurds massively increased their estimated oil reserves from about 4 billion barrels to about 13 billion barrels (the Kirkuk area is thought to contain about 9 billion barrels). That put the dream of an independent Kurdish country tantalizingly within reach. “We are definitely moving in the direction of [Kurdistan’s] statehood,” Ayham Kamel, Middle East director of the Eurasia Group told Fortune at the time.

Indeed, Kurdistan has seemed to move ever further apart from Baghdad, with Erbil establishing itself as a gleaming capital of business, from its swank $550-million airport (Americans welcome, no visas required) to the forest of cranes over new office towers and five-star hotels, including Sheraton, Marriott and Hilton, all of which have Erbil projects. When Fortune visited last year, Kurds said they would go to war against Baghdad to defend their oil fields, if Iraq dared stop them from exporting barrels. “Nothing binds us to Iraq, except the status quo.” Hoshang Ishmail, community development manager for the United Arab Emirates oil company Crescent Petroleum told Fortune at the time.

That was then, however. Tuesday’s deal offers the best chance in years of cooperation between the Baghdad and Kurdistan governments. Rather than bypassing Iraq’s State Organization for Marketing of Oil (SOMO) in its oil exports, as is has until now, Kurdistan will from January sell at least 550,000 barrels a day through that agency.

In many ways Baghdad has ISIS to thank. With Iraqi and Kurdish forces ground down in the war against ISIS, the endless squabbling between the Baghdad and Kurdistan’s capital Erbil paled in comparison to the military threat—and now, Iraq has agreed to pay $1 billion to the Kurdish military, known as the peshmerga, to help it fight ISIS, which controls Iraq’s second-biggest city Mosul, a short drive from Kurdistan. “Now the priority really is to confront ISIS,” Zebari, who is a Kurd, told the New York Times on Tuesday.

For oil companies, Tuesday’s announcement also brings some relief. Many had grown tired of waiting for the political paralysis to end and invested heavily in Kurdistan in the last few years, betting on the area’s huge promise; Houston-based Marathon Oil (MRO) said on Monday it had struck oil 40 miles outside Erbil, in a field it jointly operates with the French energy giant Total. Exxon Mobil (XOM) signed six exploration deals with the Kurds in 2011, infuriating Iraqi officials, who regarded the deals as violating its constitution. Chevron (CVX), meanwhile, bought out two Reliance Industries concessions.

Until now, the majors have laid low, before pressing full steam ahead with drilling, since it was unclear how Kurdistan would pay them without incurring legal problems with Baghdad. “Some of the big companies have not been carrying out operations,” Richard Mallinson, a geopolitical analyst at Energy Aspects in London, told Fortune on Wednesday. “They have been waiting to see whether the political barriers can be lifted.”

All that could change now. For oil companies, Kurdistan still offers potentially huge returns, with oil that costs companies an estimated $5 a barrel to develop and produce, compared with a break-even cost for U.S. shale oil production of between $50 and $80 a barrel, according to Mallinson.

Still, a lot could go wrong—including the fact that Kurdish officials are pushing to expand their autonomy, to Iraq’s fury. Last month they led a delegation to Washington to push Congress to give them direct military aid, rather than having Kurdistan receive it through Baghdad, as the U.S. has done until now. “In the past this nod to Iraqi sovereignty has allowed Baghdad to delay or even block U.S. security cooperation with the Kurds,” Michael Knights, Iraq expert at the Washington Institute for Near East Policy, wrote in an opinion last month. With ISIS closing in on Baghdad, those political subtleties now seem unwise.

There is also a chance that Tuesday’s deal could fall apart, as the Kurds—ramping up oil production rapidly—begin exporting additional barrels outside of Baghdad’s control, by shipping oil through its own pipelines and its trucks across the Turkish border, as it has done for the past year. “We do not view the current framework as a permanent or necessarily stable one,” Kamel warned in a note to Eurasia’s clients on Wednesday.

Yet even at world prices around $65 a barrel, the Kurds’ huge fields might be a worthwhile risk for oil companies. “These are very good reserves,” Mallinson says. “They are relatively cheap to develop and cheap to produce. The issue has always been the political challenges in getting the oil to market in volumes that can be exported internationally.”