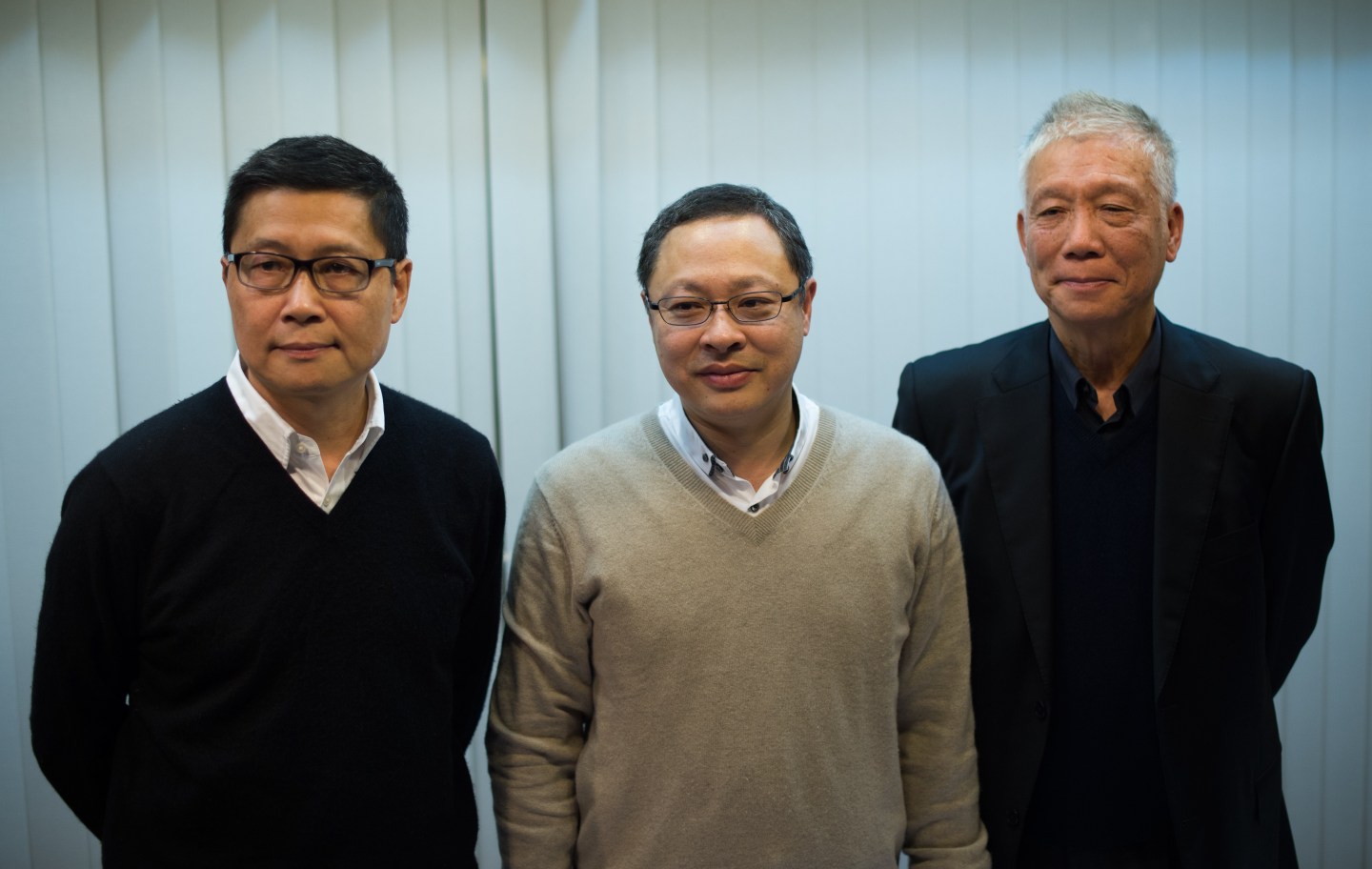 Hong Kong’s two-month battle for its democratic system was on the verge of ending in defeat Tuesday, as the three co-founders of a pro-democracy protest movement urged an end to the protests and said they will surrender to police tomorrow.

The South China Morning Post reported Benny Tai-Yiu-Ting, Reverend Chu Yiu-Ming and Dr. Chan Kin-Man as saying they wanted to stop further violence between protesters and police, and wanted to take responsibility themselves, hoping that the authorities will spare the students who have led the protests since October.

“For the sake of the occupiers’ safety, for the sake of our original intention of love and peace, as we prepare to surrender, we three urge students to retreat to put down deep roots in the community and transform the movement to extend the spirit of the umbrella movement,” the SCMP quoted Tai as saying. “When violence erupts, it is time to consider the transformation of the movement.”

In an open letter to Hongkongers, the three said their surrender “is not a sign of cowardice. It shows our courage to honour our commitment…It’s not a failure but a complaint against the government’s indifference.”

Tai had been the first to advocate blocking the streets of the former British colony with up to 100,000 people to pressure Beijing into abiding by its 1997 agreement to allow Hong Kong to run its own democratic government for another 50 years. Instead, Beijing said it would only allow candidates to stand for election to the city’s Legislative Council after being vetted by the Communist Party.

Tai had hoped to avoid disrupting the daily lives of normal citizens, but as the protests spread, many shopkeepers, taxi drivers and other businesses found the loss of business more important than the students’ political aims. Hong Kong’s benchmark stock index, the Hang Seng, rose 1.75% Tuesday in anticipation of a speedy end to the disruptions.

The three leaders of the movement found themselves at odds with student activists this week, as the Federation of Students, who had seen their protest sites whittled away by court orders and police action, dramatically escalated their action, sparking violent clashes that led to over 40 arrests.

Some of those arrested, including Joshua Wong, the leader of the Scholarism activist group, started hunger strikes Tuesday aimed at forcing talks on political reform with the LegCo’s Chief Secretary Carrie Lam Cheng Yuet-ngor.