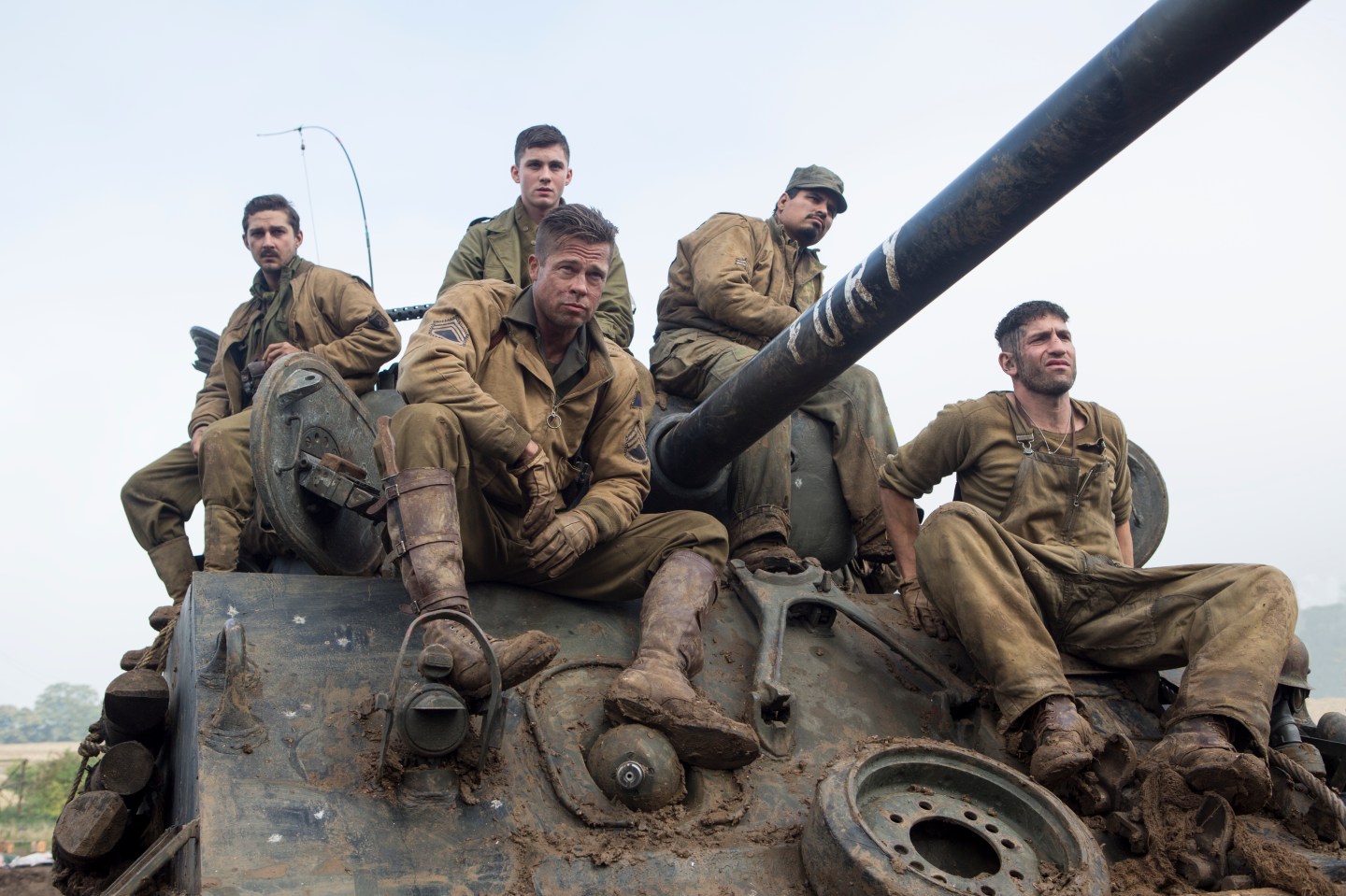 Five movies distributed by Sony Pictures have reportedly been leaked online in the wake of a cyber attack on the company last month.

The movie titles leaked include a remake of classic story Annie, which is not set to be released until mid-December, and the recently-released war movie Fury, which stars Brad Pitt and is not yet released on DVD.

Sony Pictures Entertainment hired FireEye’s Mandiant forensics unit to clean up a massive cyber attack that knocked out the studio’s computer network nearly a week ago, three people with knowledge of the matter said on Sunday.

The U.S. Federal Bureau of Investigation is also investigating the incident, said one of the people, who were not authorized to publicly discuss efforts to deal with the attack.

The computer systems at the Sony Corp unit went down last Monday after displaying a red skull and the phrase “Hacked By #GOP,” which reportedly stands for Guardians of Peace, the Los Angeles Times reported.

Technicians are making headway in repairing damage caused by the attack and expect to have the email systems back online Monday, said the source who commented on the FBI investigation.

Sony executives have declined to comment on the scope of the attack, though emails have been bouncing back with messages asking senders to call employees because the system was “experiencing a disruption.”

Mandiant is an incident response firm that helps victims of breaches identify the extent of attacks, clean up networks and restore systems. The firm has handled some of the largest breaches uncovered to date, including the 2013 holiday attack on Target Corp.

Technology news website Re/code reported on Friday that Sony was investigating to determine whether hackers working on behalf of North Korea have launched the attack in retribution for the studio’s backing of the film “The Interview,” which is to be released on Dec. 25 in the United States and Canada.

The movie is a comedy about a CIA attempt to assassinate North Korean leader Kim Jong Un. The Pyongyang government denounced the film as “undisguised sponsoring of terrorism, as well as an act of war” in a letter to U.N. Secretary-General Ban Ki-moon.